Samsung finally launched the new Galaxy Note 10+ smartphone in New York. I was able to use it for a limited time during a local version of the event here in the Philippines.

Here’s my quick hands-on experience with the device. This includes a couple of sample pictures, my opinion on the design and highlights of its new features. 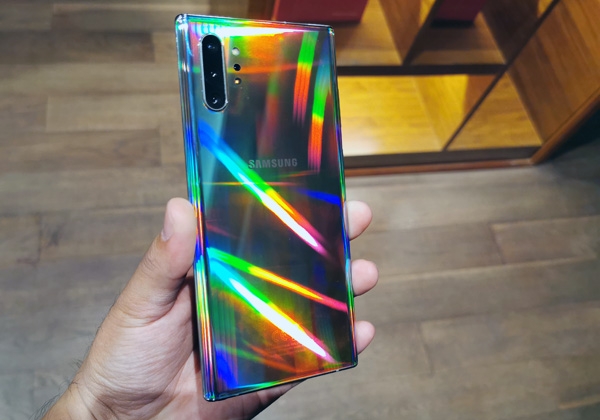 The shiny back of the Samsung Galaxy Note 10+.

The Samsung Galaxy Note 10+ is still a huge smartphone with a 6.8-inch AMOLED display. Thankfully, the company has managed to make its bezels even slimmer and the entire device slightly thinner than previous Note models.

However, there’s an undeniable similarity between its design and that of the Huawei P30 Pro. This is largely due to the vertically arranged quad cameras at the back.

What sets it apart is the punch-hole selfie camera on the front. It’s a single camera punctuating a great-looking display. 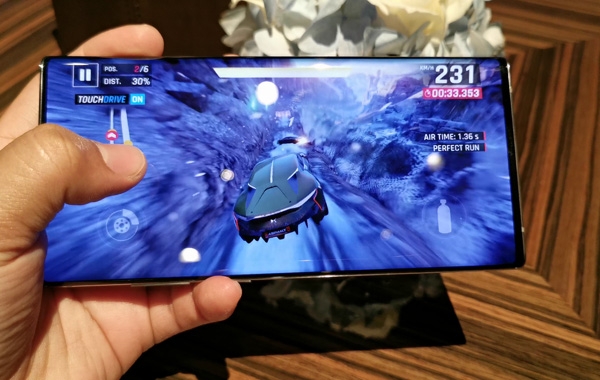 The sample device that I used had Asphalt 9 Legends pre-installed. I immediately played the game when I saw it.

As expected, it was very, very smooth. The phone runs on a 2.73GHz octa-core CPU with 12GB of RAM and Mali-G76 graphics processor. Opening a lot of apps or switching from one game to another won’t slow it down.

Quick Look at the Cameras

Sadly, the 4 PM Samsung Unpacked event in New York means 4 AM in the Philippines. That’s why I was only able to take sample pictures of nighttime scenes using the Samsung Galaxy Note 10+. 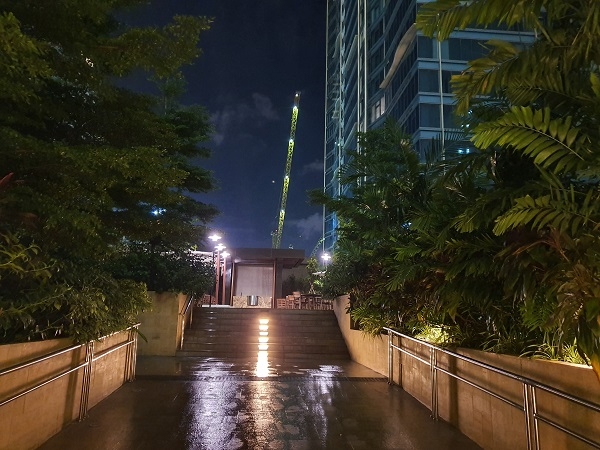 Nevertheless, the sample picture looks great which means day time photos should be nothing short of amazing. It can still take ultra-wide pictures and zoomed-in photos with up to 2x optical zoom and 10x digital zoom. 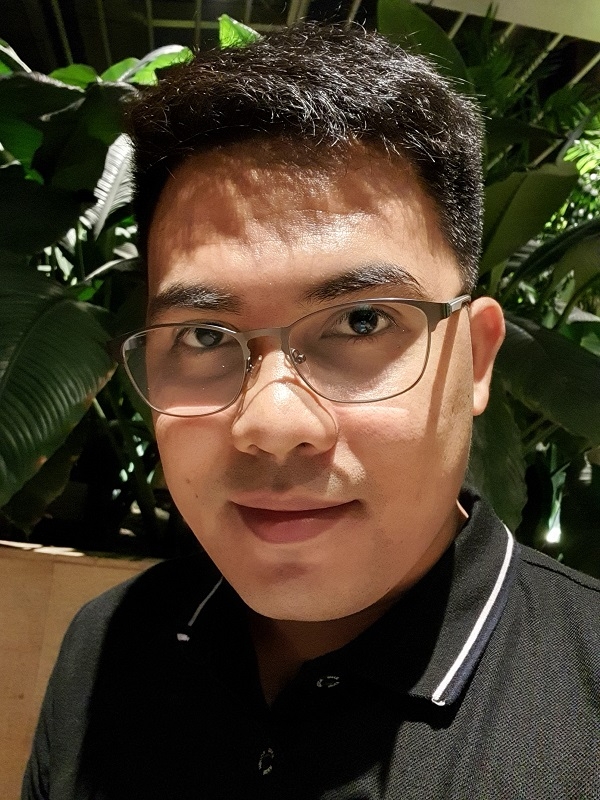 I also like this selfie that I took using the phone’s 10 Megapixel front camera. The only light source was the one on the ceiling but the shadows on my face are still quite soft while the details are sharp.

A quick disclaimer though, these are sample pictures from a pre-production unit. The quality may change in the actual commercial units. 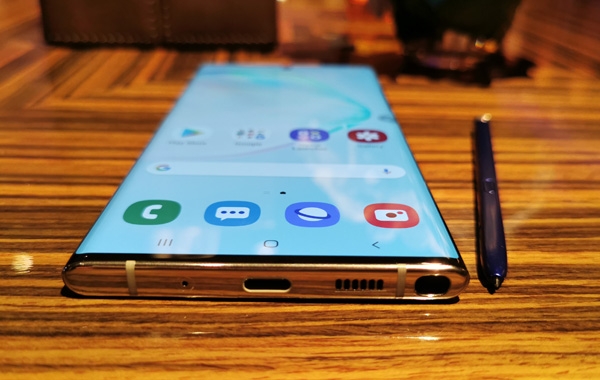 At long last, Samsung has removed the physical Bixby button on the Galaxy Note 10+. It only has the volume buttons and power button on its left side. Bixby can still be accessed by swiping from the left on the home screen.

Update: So it turns out that the “power” button is only a sleep/wake button. It doesn’t turn off the phone when long-pressed. Instead, it opens Bixby! Turning off the phone requires the user to pull up the notification panel and tap the power icon.

The S-Pen is a Magic Wand! 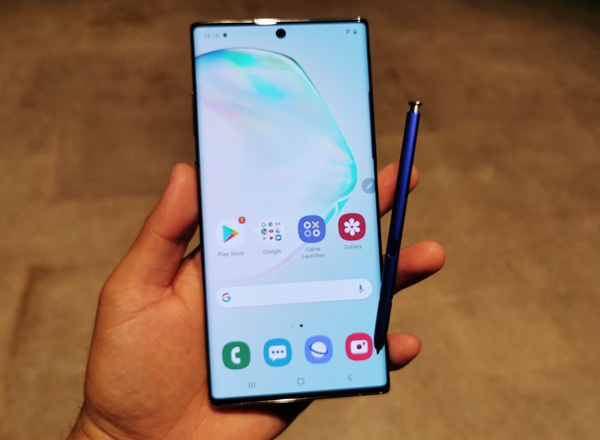 The S-Pen stylus has defined the Galaxy Note series. It adds a lot of productivity features to the device.

For the Samsung Galaxy Note 10+, the S-Pen seems like a magic wand because it now supports more gestures to control the phone from a distance. These include swiping to change camera modes and circular gestures to zoom in and zoom out.

These gestures are also compatible with other apps such as the Gallery, YouTube, and more. Developers can also enable support for this feature in their apps.

That’s my quick hands-on experience with the Samsung Galaxy Note 10+. You can check its complete specs sheet here and here then learn about the pre-order details and freebies here.