The Realme 5i is a budget smartphone with an 8MP selfie camera a triple rear camera setup. It has a 12MP main camera, 8MP ultra-wide camera, 2MP macro camera, and another 2MP portrait camera.

Let’s look at several sample pictures and determine the camera quality of the device. I tried to capture pictures in different conditions and using the phone’s camera features. 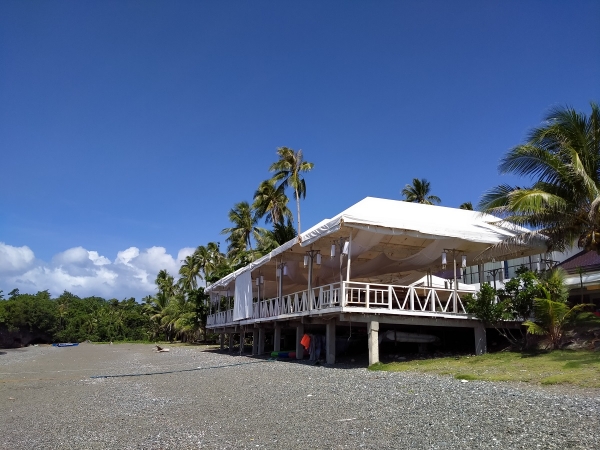 First, we have a normal shot captured directly by the stock camera app of the Realme 5i with its default settings. The colors look natural especially the green leaves and blue sky.

Details are well defined and the dynamic range is decent since we can still see parts of the boats underneath the building. 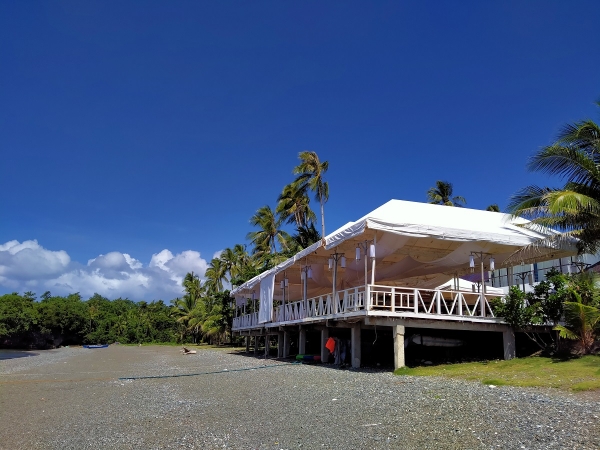 Turning on the Chroma Boost feature enhances the colors and the picture looks more pleasing to the eyes.

This feature should be used sparingly though because the effect can make some subjects look overly edited. It works best for landscapes and other colorful subjects. 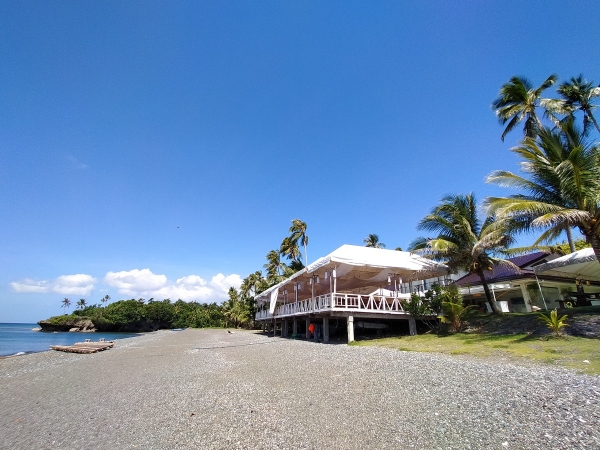 Staying in the same spot but using the ultra-wide camera of the Realme 5i results in this picture. It captures a bigger area of the scene with a bit of lens distortion.

However, the picture is less detailed and has more grain or artifacts. There’s also some clipping in the brightest parts of the image, particularly on the roof of the structure. 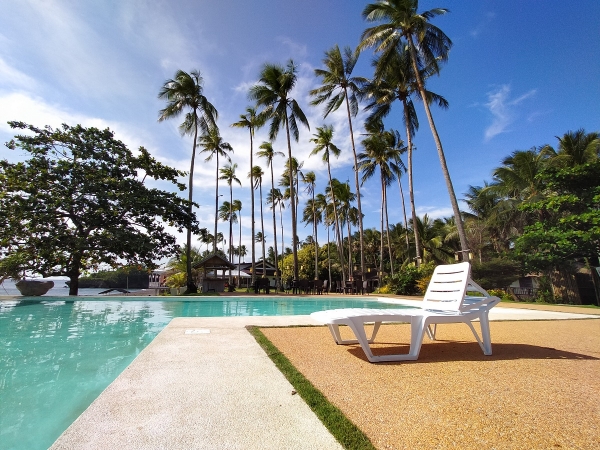 Realme 5i ultra-wide with HDR.

When used well, the ultra-wide camera can produce good-looking pictures like this one. HDR was set to Auto and the Realme 5i automatically enabled it since it detected that the scene needs high dynamic range. 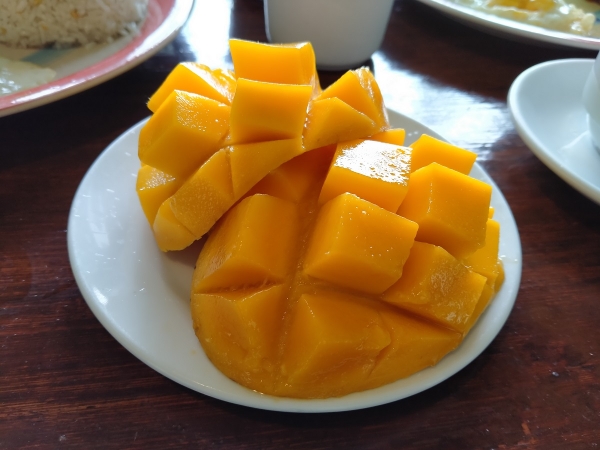 Mangoes with Realme 5i.

After those landscape shots, let’s look at some subjects closer. The Realme 5i captured the sheens of light on this mango quite well. It also shows the natural depth of field of the lens but it’s not much. 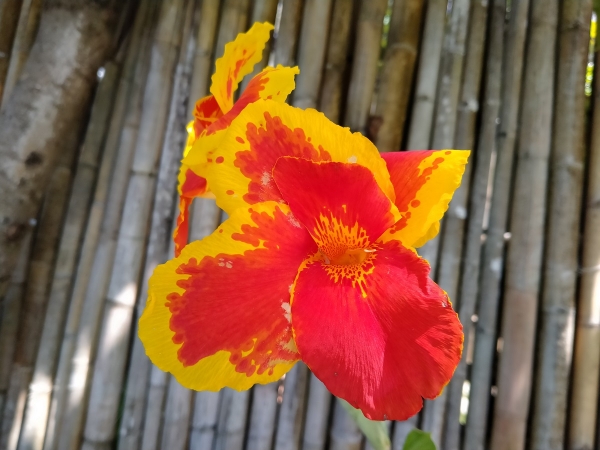 Flower by Realme 5i.

I was worried about this shot since it was so windy. Thankfully, it still turned out good with well-defined details on the flower and just the right colors. 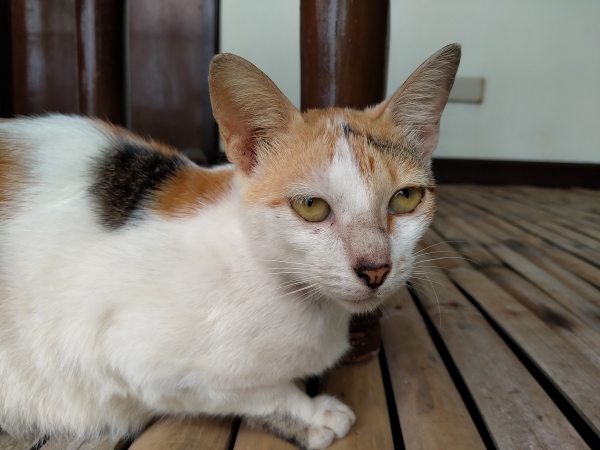 Cat by Realme 5i.

The Realme 5i was also set to its default camera settings when I captured this picture of a cat. Smartphones that easily produce pictures with this quality deserve praise. 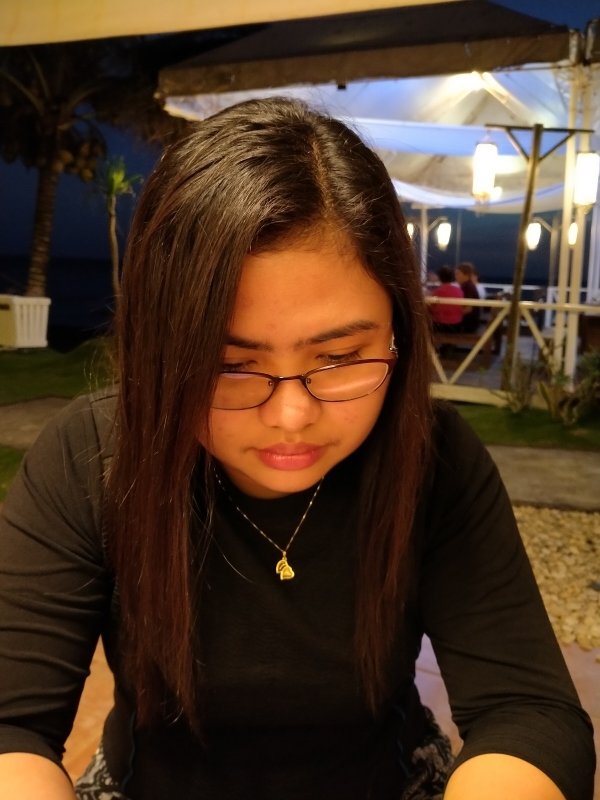 Normal shot by Realme 5i.

This is a picture of my wife Jo-anne shot using the Realme 5i while under similar lights shown in the background. It shows good details in her face and hair while the background has a subtle blur. 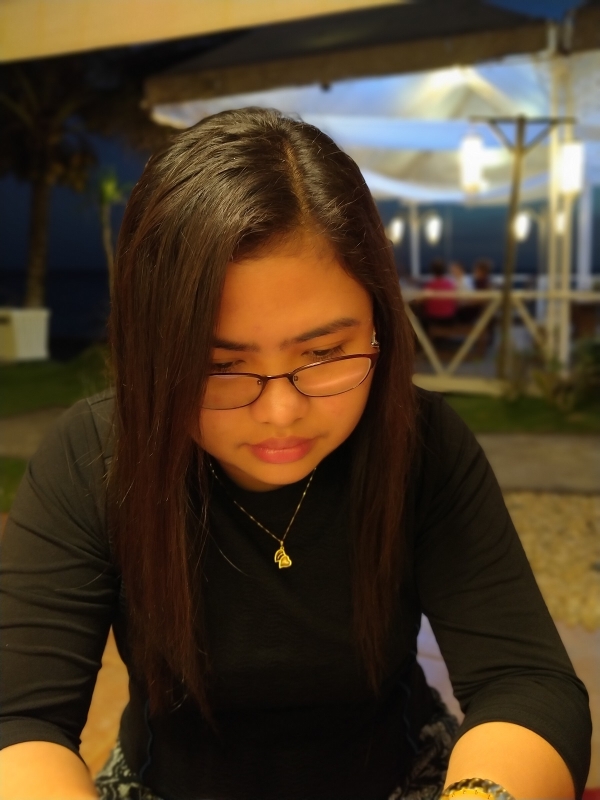 Meanwhile, this is the resulting picture when Portrait mode is enabled. There’s an obvious smoothening of the face, fewer details, and a more substantial background blur.

The edge detection is decent but it fails to isolate hair strands and the separation between the subject and background looks unnaturally sharp. 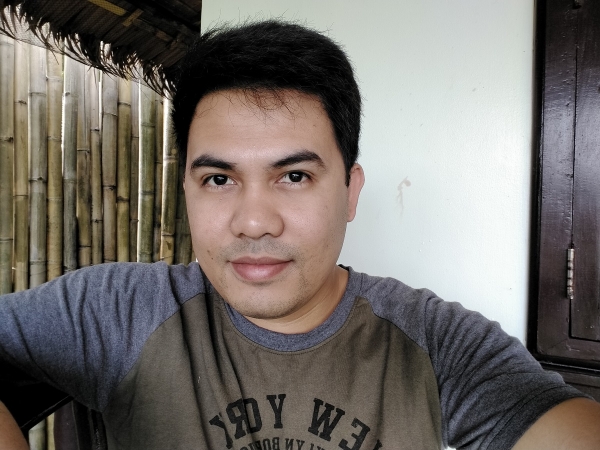 Let’s go ahead with selfies. There are a lot of details in this first sample selfie and the colors appear natural. I disabled the AI Beauty feature but you can turn it on depending on your preference. 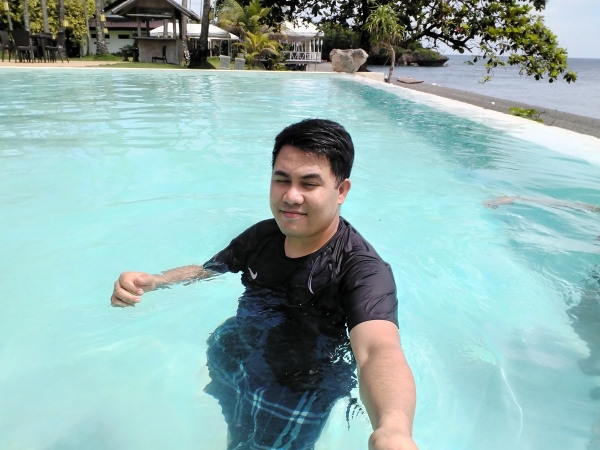 Realme 5i sample selfie with a selfie stick.

I used a small selfie stick for this picture and I was squinting due to the bright sunlight. This proved to be a challenge for the Realme 5i’s selfie camera.

When taking a picture with the sky as the background, it adjusts the exposure for my face with the expense of the sky. This results in overblown highlights and bright backgrounds. You’ll have to look for a darker background just like what I did in this picture. 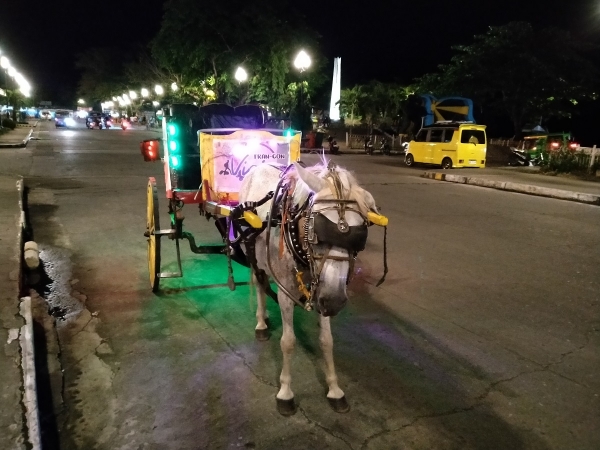 Horse carriage at night by Realme 5i.

For low light and night time pictures, let’s consider this as a reference image. This was shot with the default camera settings and AI Scene Recognition was turned off.

The horse is in sharp focus and the picture looks decent but the streetlights are overblown and there are less overall details. 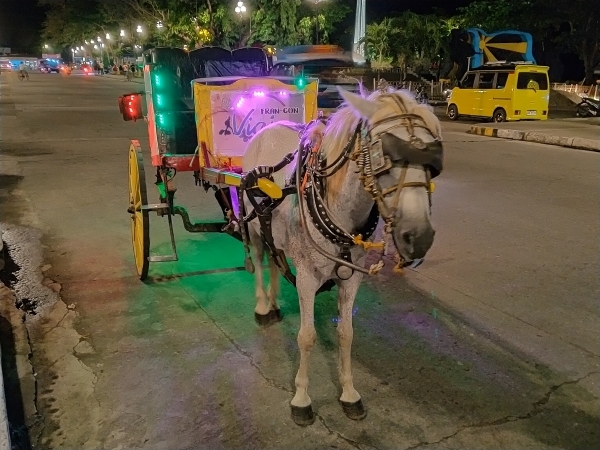 When Nightscape mode is turned on, there’s a marked difference in the image quality. Details are sharper, colors are enhanced, and the streetlights retain their decorative style.

The horse was moving its head when I was taking a picture and it took the device about 5 seconds to complete the shot. There’s a slight blurring in its head but the resulting image still impressed me. 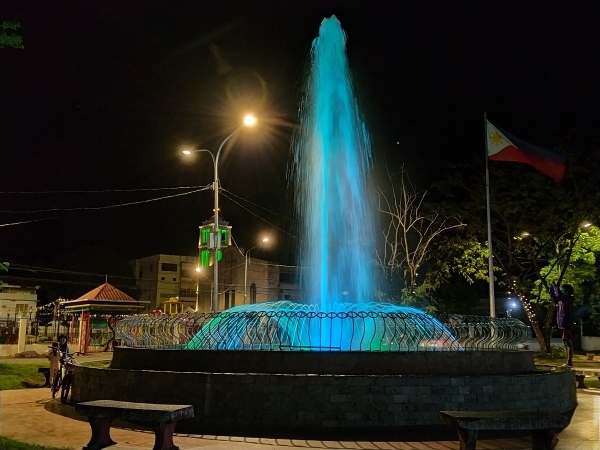 Another sample Nightscape shot by Realme 5i.

Here’s another Nightscape shot from the Realme 5i. The main light source for this image is the streetlights behind the water fountain but the bricks are clearly defined.

However, notice that the Nightscape mode pictures tend to automatically crop in the picture compared to the default Photo mode. It’s a minor quirk but should be noted when framing night shots.

For a budget-friendly smartphone, the Realme 5i surely has capable cameras. It can shoot good-looking pictures of landscapes, pictures, and moments of everyday life.

There’s a limit to its capabilities though especially for the dynamic range of the ultra-wide camera. However, its Chroma Boost and Nightscape features can produce impressive shots.