Now that the Realme 5 Pro has been officially launched in the Philippines, it’s time to test its gaming performance when running some of the most popular games in the country including Mobile Legends, NBA 2K20, and Rules of Survival. 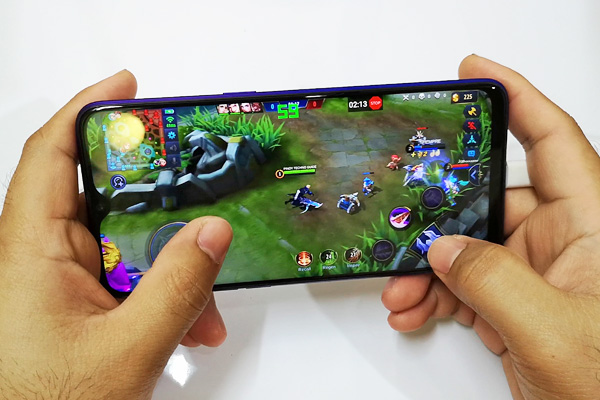 As usual, I set the game’s graphics settings to the highest options for the test. I also turned on High Framerate Mode, character frames, and shadows.

After more than 17 minutes of playing a Rank Game, GameBench Pro measured an average framerate of 59 fps. You may download the same app and test the performance of your current smartphone. 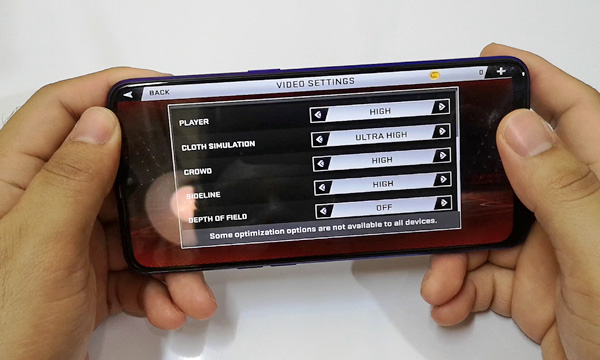 Starting with this gaming review, I’ll be using NBA 2K20 instead of NBA 2K19. Of course, the graphics are still set to high or very high wherever possible. I don’t like the game’s depth of field effect so I turned it off.

I let the test run for 17 minutes so that it’s similar to the previous game. The resulting average framerate is 43 fps. This is slightly higher than the score of the Realme 3 Pro. 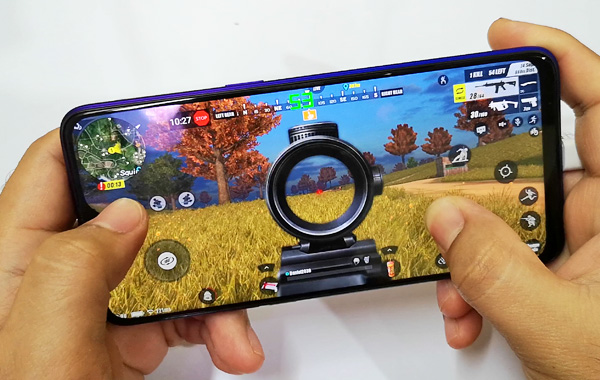 Playing Rules of Survival on the Realme 5 Pro.

The last game that I tested is Rules of Survival. The graphics quality is set to Excellent and FPS settings is set to Ultra.

The phone got an average framerate of 52 fps. However, the game was a bit jittery so it’s better if you play with the graphics quality set to High instead of Excellent. 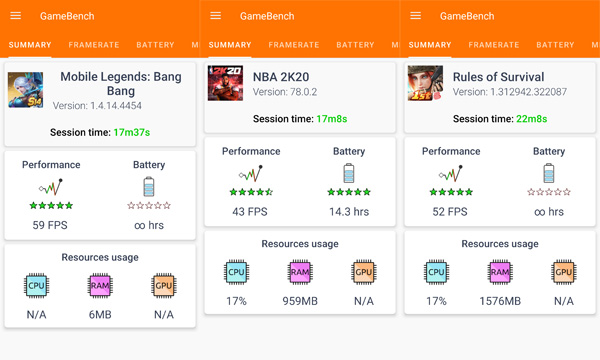 Here are all the results of the Realme 5 Pro gaming tests including the battery temperature reported by GameBench Pro after each session:

The Realme 5 Pro is another powerful gaming smartphone from the young brand. It got very high average framerates while playing some of the most popular mobile games.

The phone’s temperature reached 42°C while playing NBA 2K20 but it didn’t feel too warm during that gaming session. A software called Game Space will also smartly manage notifications to lessen distractions during the gameplay.

UP NEXT: Realme 5 Pro Full Review!