BY Daniel Gubalane ON Mar 29, 2019 with 19 Shares
Official price and pre-order details of the Huawei P30 Pro!

Huawei Philippines has officially announced the prices and pre-order details for the Huawei P30 and Huawei P30 Pro including the freebies. 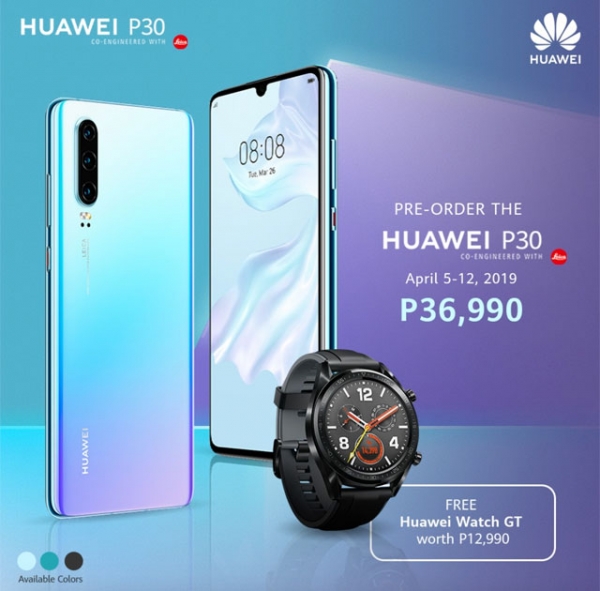 Official price of the Huawei P30.

Both smartphones will be available for pre-order on April 5 to 12, 2019. Those who will pre-order will receive a free Huawei Watch GT which is worth ₱12,990!

Pre-ordering is available in Huawei stores, Globe, Smart, Lazada, Shopee and Abenzon among others. 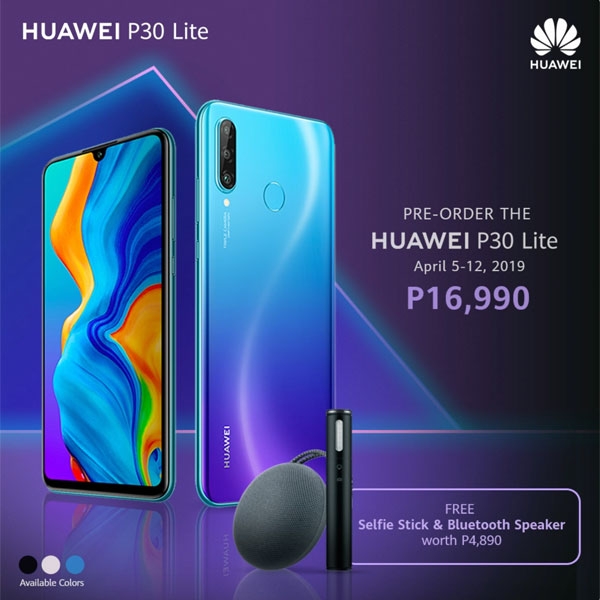 Meanwhile, the Huawei P30 Lite has been previously announced with an official price of ₱16,990.