I was able to test the features of the Samsung Galaxy S10+ smartphone during the “Local Unpacked” event in the Philippines.

Here’s my hands on experience with the device as well as a quick initial review. The units were not final though so they only came in basic cardboard boxes and lack the freebies.

1. I like the Samsung Galaxy S10+’s Design and Display 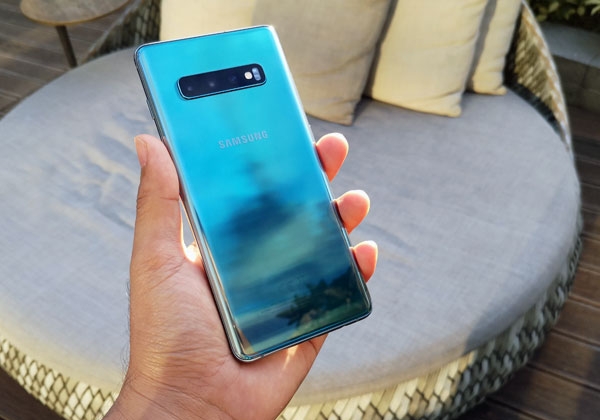 The Samsung Galaxy S10+ looks and feels sleek and premium with its glass and metal body with seamlessly curved edges.

What’s different now is the “Infinity-O” display and triple camera setup at the back. The screen leaves very little space in the bezels that there’s no more room for the front camera.

Samsung’s solution is using laser cutting technology to punch a hole in the upper right corner of the screen. You’ll notice it at first but will eventually be negligible after a few hours of using the phone.

The screen itself is bright, very responsive and easy on the eyes. It has several new technologies such as Dynamic AMOLED and HDR10+ that further make images look better.

It’s also worth noting that the Samsung Galaxy S10+ still has a 3.5mm audio jack despite the trend set by other smartphone brands of removing it completely.

The Samsung Galaxy S10+ has three cameras at the back. One is a 12MP camera, there’s another 12MP telephoto and a 16MP ultra-wide angle shooter.

That last one is what made my jaw drop when one of the executives from Samsung Philippines demonstrated its capability to us. It can easily capture an entire room or a more expansive landscape by switching to the 16MP camera.

However, the telephoto lens can only produce a 2x lossless zoom and Samsung still hasn’t added a dedicated Night Mode in its camera app similar to Huawei’s phones and Google’s Pixels. 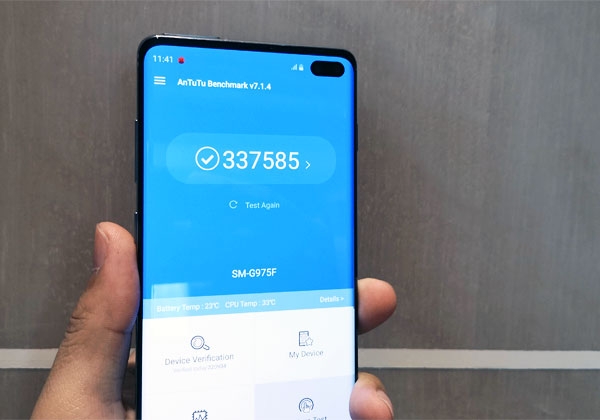 The Exynos 9820-powered Samsung Galaxy S10+ is what will be available in the Philippines. It has an octa-core CPU that maxes out at 2.7GHz, 8GB of RAM and Android Pie-based One UI.

I did not experience any lag or stutter when switching between apps or navigating through the phone’s settings.

I also played some games on the device and it run even the most resource intensive ones smoothly. It got an Antutu Benchmark v7.1.4 score of 337,585 points!

There’s also a second variant of the device that will be available in the country. It will have an insane 12GB of RAM and 1TB of built-in storage that can be further expanded by 512GB via a microSD card! 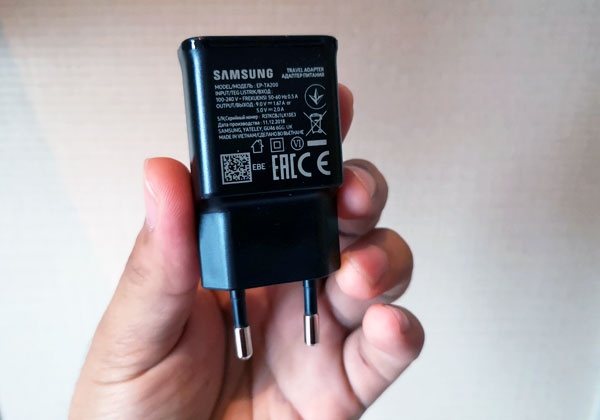 There are several seemingly small features on the Samsung Galaxy S10+ that are actually significant. One of these is the ultrasonic fingerprint sensor found under the phone’s screen. It makes it easier to unlock the phone without the disadvantages of optical based under-display fingerprint sensors.

The phone also has a big battery with a capacity of 4100mAh. It seemed to last a long time during my limited hands on experience. There’s also wireless charging and it can charge other gadgets wirelessly!

However, charging the Samsung Galaxy S10+ itself isn’t that fast. Its wired charger only has a rated output of 15W whereas other brands already have 40W and 50W chargers.

5. Pricing of the Samsung Galaxy S10+ 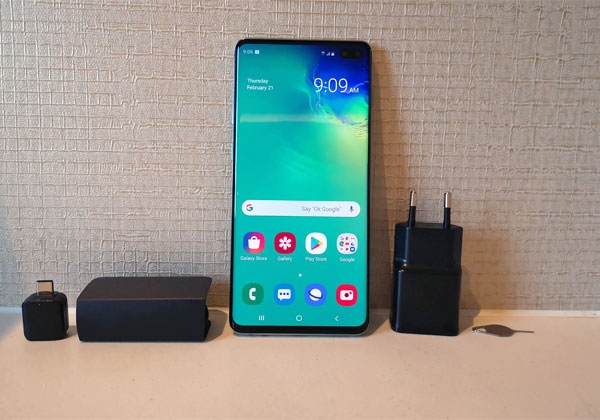 Unboxing? The units we tested did not come with earphones nor other freebies.

The official price of the Samsung Galaxy S10+ in the Philippines starts at ₱55,990. That’s not cheap but it’s very reasonable given the phone’s quality and the number of new technologies that it offers.

Samsung Philippines is also giving away several freebies including TVs and its new accessories. Here’s a detailed list of the freebies.

If you’re interested with the 1TB variant of the phone, it will only be available through pre-order and the full price tag is ₱89,990!