BY Daniel Gubalane ON Oct 11, 2018 with 77 Shares
Look! The four cameras of the Samsung Galaxy A9 smartphone.

Samsung has officially launched the Samsung Galaxy A9 smartphone that features four cameras on its back!

The company already has a triple camera smartphone, the Samsung Galaxy A7 (2018). But it seems that they are not stopping there. In fact, the Galaxy A9 has a total of five cameras since there’s also a selfie camera on the front.

What’s the use of four cameras? 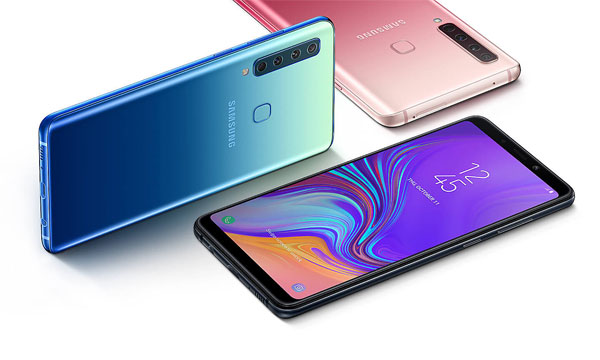 The Samsung Galaxy A9 comes in black, blue and pink gradient colors.

It has a 24 Megapixel main camera that uses pixel binning technology and a wide f/1.7 aperture for capturing good pictures even in low light. The second one is a 10 Megapixel telephoto camera that has 2x optical zoom.

Meanwhile, a third camera has an ultra-wide 120° field of view so more people can be captured in a single picture. The last camera is a 5 Megapixel depth sensor that produces realistic bokeh effect and blurred backgrounds. 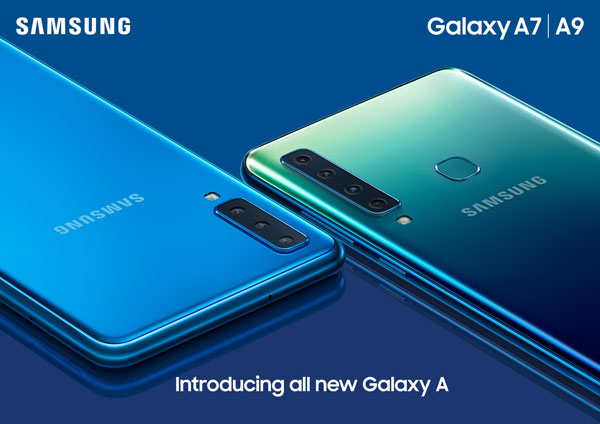 Aside from having four cameras, the Samsung Galaxy A9 also features a 6.3-inch Super AMOLED display and a 24 Megapixel selfie camera.

It’s powered by a Snapdragon 660 chipset with an octa core CPU and either 6 or 8 GB of RAM. There’s 128GB of built-in storage and a microSD card of up to 512GB can still be added.

Pricing is yet to be revealed.