I spent about a month using this smartphone and here are the features that I like as well as the ones that can be improved. This is my Samsung Galaxy A20 full review! 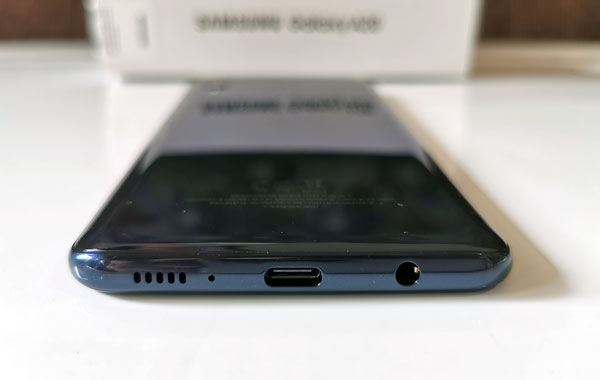 Despite the use of plastic as its body material, the Samsung Galaxy A20 looks modern and has a slim profile. Its sides are slightly curved making it comfortable to hold.

The phone’s dual cameras, LED flash, fingerprint sensor, SAMSUNG logo, and some regulatory markings are found at the back. Meanwhile, the power and volume buttons are on the phone’s right side. Its SIM card tray is on the left side and the USB Type-C port, 3.5mm audio jack and loudspeaker are all at the bottom. 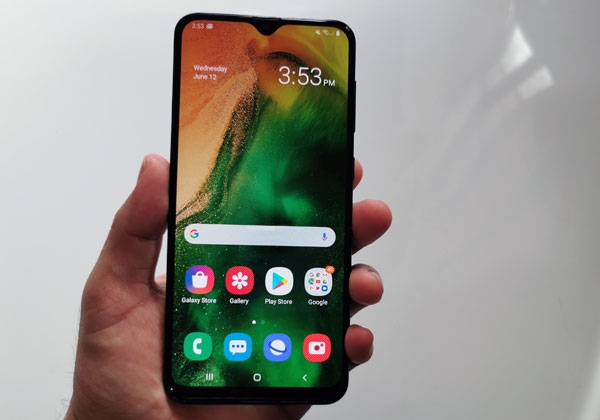 The screen itself is a 6.4-inch HD+ Super AMOLED panel with narrow bezels, rounded corners and an “Infinity-V” notch. Even though it’s a step down from the FHD+ resolution of the Samsung Galaxy A30, the high brightness, impressive contrast and vibrancy of colors are still present.

Using the Samsung Galaxy A20 feels like using a more expensive smartphone in terms of its design and display. However, it’s very prone to scratches so a phone case and screen protector are necessary. 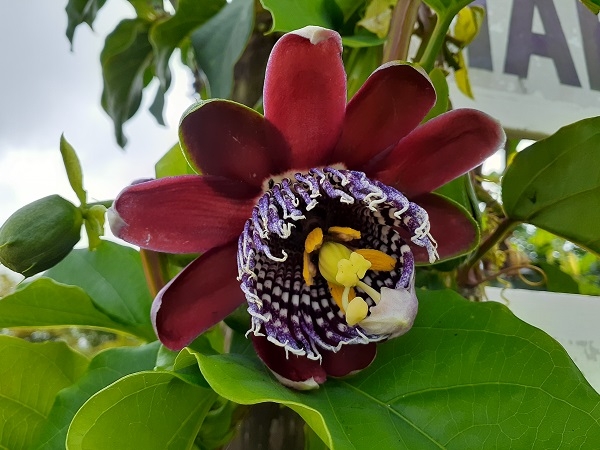 Samsung Galaxy A20 sample picture of a flower.

The Samsung Galaxy A20 is equipped with a dual rear camera setup composed of a 13 Megapixel main camera and 5 Megapixel ultra-wide camera.

Most pictures produced by the device look good when shot during daytime using the main lens. Color accuracy is decent, sharpness is also acceptable and dynamic range is well within my expectations in this price range.

It can also take decent low light pictures but you’ll have to exert more effort in finding the best lighting and keeping the device steady. 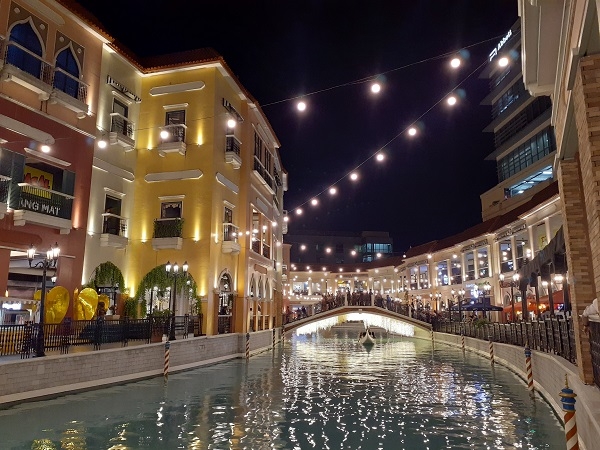 Sample night shot from the Samsung Galaxy A20.

The ultra-wide camera isn’t as sharp as the main lens but it can capture a larger scene. It’s best for landscape shots but performs poorly in low light.

Meanwhile, the Samsung Galaxy A20 also has an 8 Megapixel selfie camera on the front. It resides on the notch of the display. 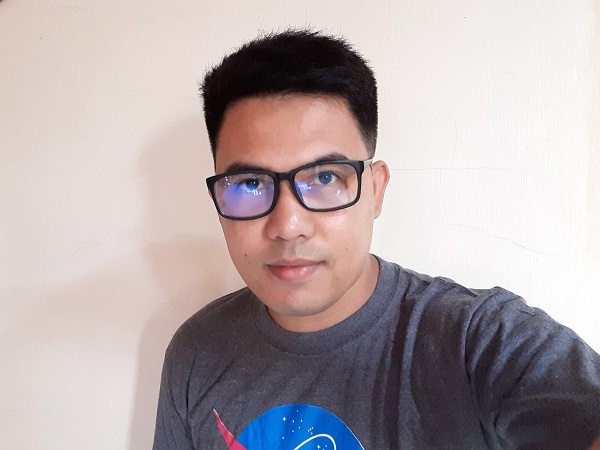 Selfies from this camera are good enough for sharing on social media. However, the default beautification filter is a bit too much. I turned it off to get more natural-looking pictures. 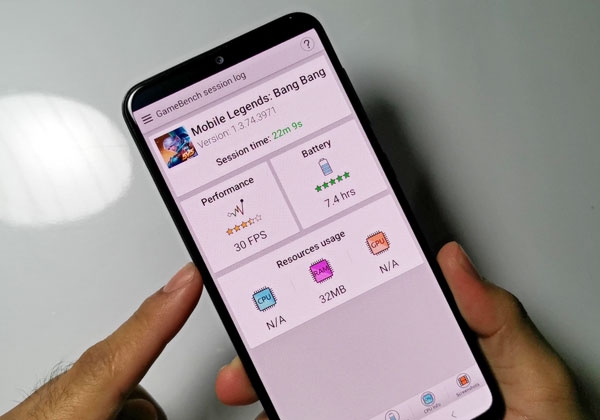 Gamebench results of playing Mobile Legends on the Samsung Galaxy A20.

It can run Mobile Legends at 30 fps and PUBG Mobile at 24 fps. On the other hand, the Samsung Galaxy A30 can only run PUBG Mobile at 21 fps. The biggest reason might be the Galaxy A20’s lower screen resolution that makes it easier for the device to run the game at a higher frame rate. 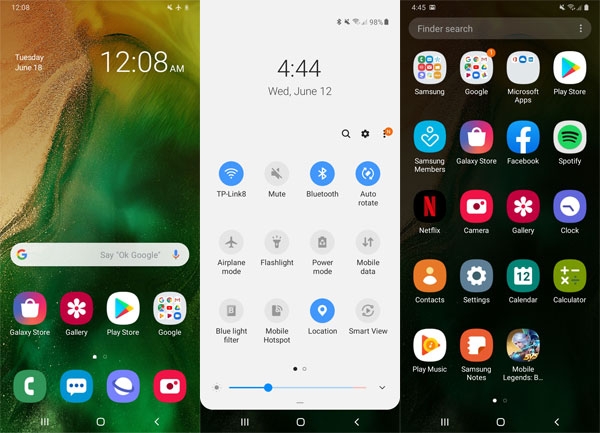 The Samsung Galaxy A20 uses the new Samsung OneUI software on top of Android 9 Pie. It’s the Korean company’s new take on mobile usability that aims to make operating a smartphone easier and more intuitive.

Yes, it’s actually easy to use the phone with its big icons and revamped UI layout. My biggest issue is simply the icons that look way too big and the duplicate Samsung and Google apps pre-installed on the device.

Thankfully, it runs smoothly when performing usual tasks such as opening apps and scrolling down newsfeeds. However, it will show some lags when a lot of apps are in use.

The Samsung Galaxy A20 is a dual SIM smartphone with 4G LTE connectivity. Internet connection using either Wi-Fi or mobile data is fast. I even use the device as a Wi-Fi hotspot when I’m traveling.

Meanwhile, the audio quality of the loudspeaker is just average. Free earphones are also included in the package and they sound quite decent. 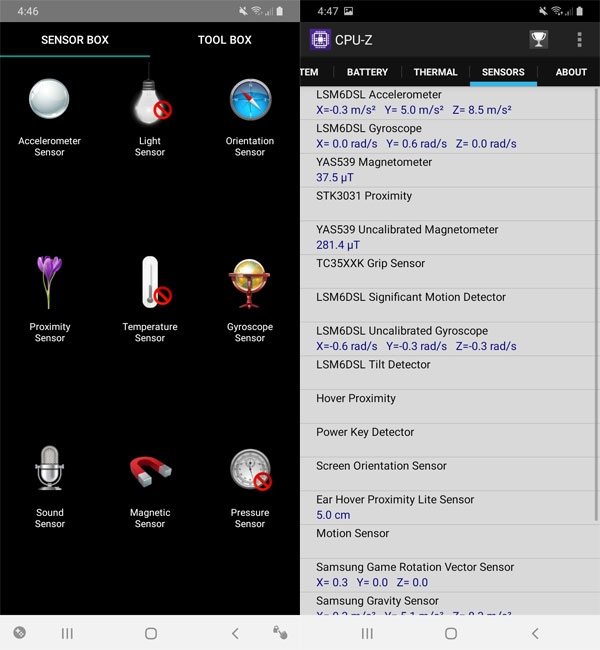 The Samsung Galaxy A20 has a fingerprint sensor on its back. It’s fast and accurate in scanning the user’s fingerprint to unlock the phone.

There’s also an option to use Face Recognition in unlocking the phone. It’s less secure though since it only uses the selfie camera. 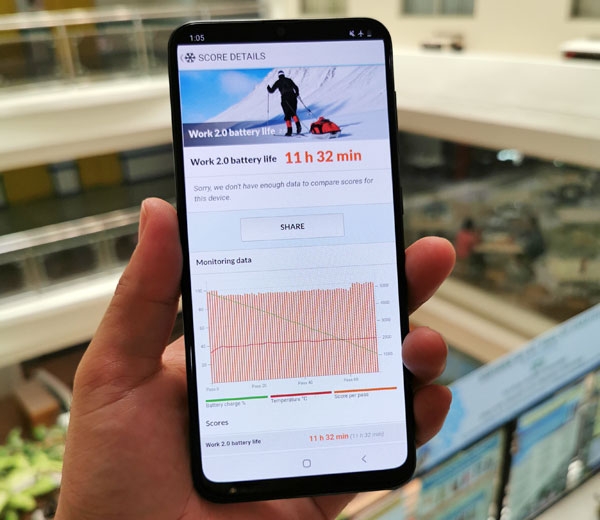 A 4,000 mAh battery powers the Samsung Galaxy A20. It lasted 11 hours and 32 minutes in the PCMark Battery Life Test 2.0. During the test, I turned on the phone’s airplane mode and set its screen brightness to 50%.

These scores simulate a continuous use of the device with different tasks such as browsing the web, editing pictures, etc. The Samsung Galaxy A20 can last more than a day on a single charge in my normal usage.

Meanwhile, charging the device from 0% to 100% battery capacity takes around 1 hour and 47 minutes! This is because it uses 15W fast charging technology. Make sure you use the original charger to take advantage of this speed. 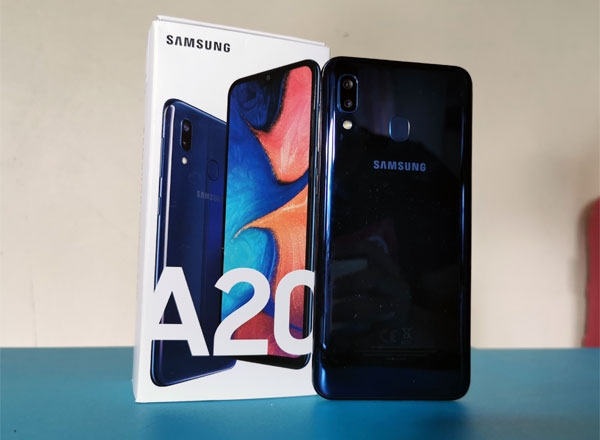 Should you buy the Samsung Galaxy A20?

I’ll recommend the Samsung Galaxy A20 to those who give more importance in a phone’s screen, cameras and battery. It’s large Super AMOLED screen is just gorgeous while both the cameras and battey are decent.

However, playing games that are heavy on graphics won’t be very smooth. That’s the phone’s disadvantage. You’ll be limited to casual games and occasional matches on Mobile Legends. 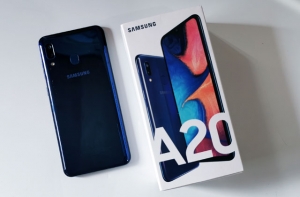 The Samsung Galaxy A20 has a great screen, decent cameras, and above average battery life.