I’ve used the device for one month and this is my full review. It includes my thoughts on its design, camera samples, gaming performance tests, battery longevity test, and overall recommendation. 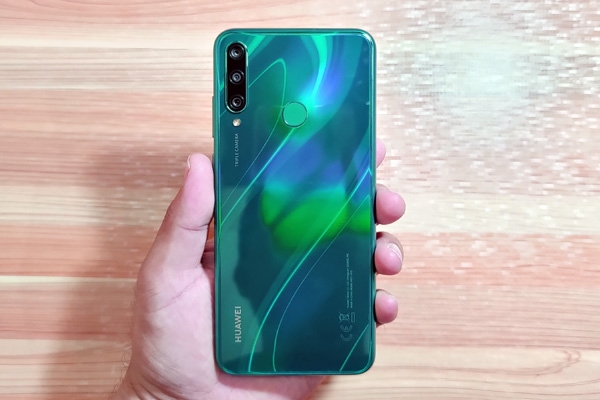 The back of the Huawei Y6p.

The Huawei Y6p has a boxy design with a flat back panel. The edges are slightly curved making it more comfortable to hold while feeling compact at the same time.

It uses a glossy plastic material instead of glass but the sheens and nearly flush camera module make it look neat and interesting. There are three color options to choose from – black, purple, and green. 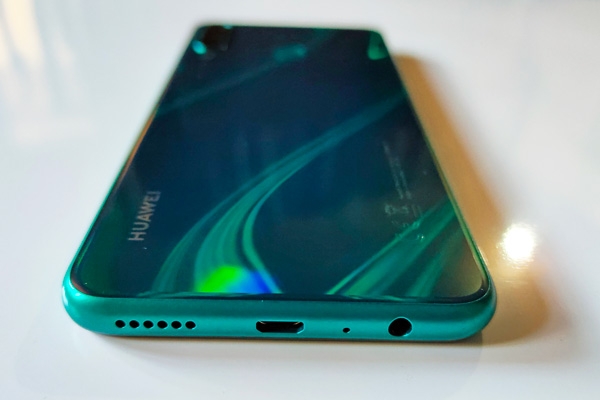 Ports at the bottom of the Huawei Y6p.

Its power and volume buttons are all located on the right side of the device. The SIM card tray is on the left side while the 3.5mm audio jack, micro-USB port, and loudspeaker are at the bottom.

On the front of the device is the 6.3-inch HD+ display with a small notch. It also has narrow bezels on all sides except for the substantial chin.

Volume and power buttons of the Huawei Y6p.

The screen itself has decent brightness indoors but looks dim under the noontime sun. Its colors are acceptable but can use more vibrancy. Thankfully, it still looks sharp despite the HD+ resolution since the pixel density reaches 272 ppi with its relatively small screen size.

Overall, the Huawei Y6p is designed like a no-frills budget smartphone that feels compact and comfortable to hold but still has some interesting design choices. 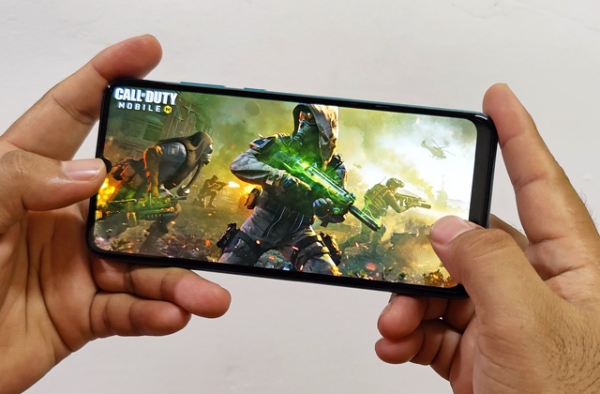 Call of Duty Mobile on the Huawei Y6p.

The Huawei Y6p is powered by a MediaTek Helio P22 chipset with 4GB of RAM. I tested its gaming performance by playing several games and measuring the average frame rate.

It achieved 28 fps in Mobile Legends, 44 fps in Call of Duty Mobile, and 25 fps in PUBG Mobile. These are low scores and the gaming experience isn’t smooth except for casual games. Heavy games need to be in the lowest graphics settings to be playable. 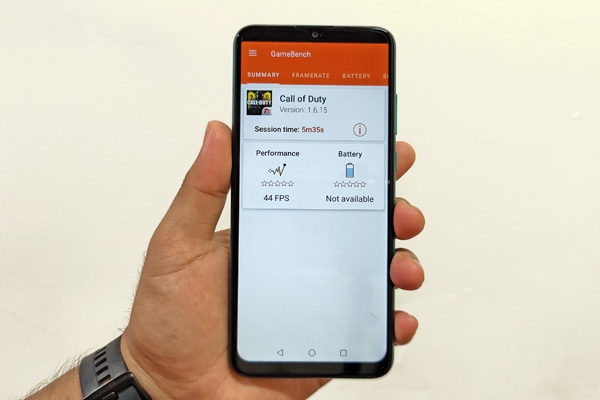 The average frame rate of Call of Duty on the Huawei Y6p.

Meanwhile, the smartphone’s general performance is decent for its price. However, recent apps should be frequently cleared to prevent lags. It will also help a lot if apps are prevented from running in the background.

It achieves a RealPi Benchmark score of 16.02 seconds. That is the average time it takes for the device to calculate 1 million digits of the mathematical constant Pi and serves as an indication of its processing power.

There’s also a very important factor to consider when considering the Huawei Y6p as your next smartphone – it uses the Huawei AppGallery instead of the Google Playstore for downloading apps.

Here’s a separate article about my Huawei Y6p set-up and app downloading experience. 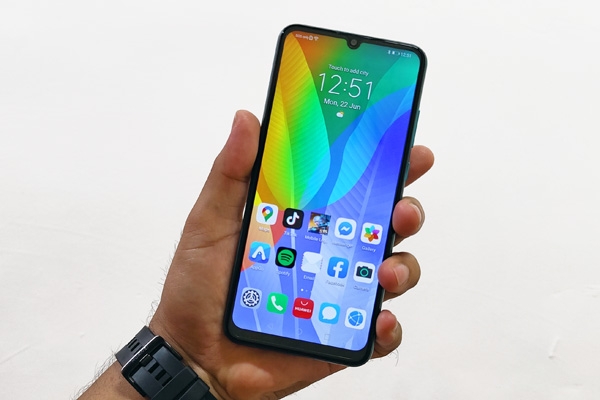 The home screen of the Huawei Y6p.

Most apps work on the device including Facebook, Instagram, Spotify, and more. However, Google apps have limited functions, and some such as YouTube can only be accessed through its mobile web version.

Nevertheless, Huawei provides several alternatives to this issue. It has already release AppGo and Petal Search for app searching and personalized suggestions. 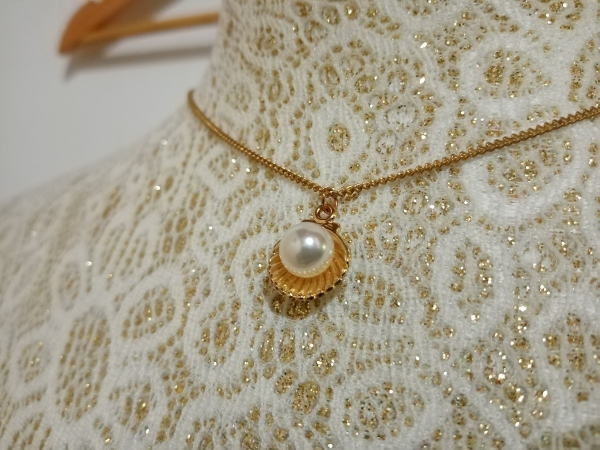 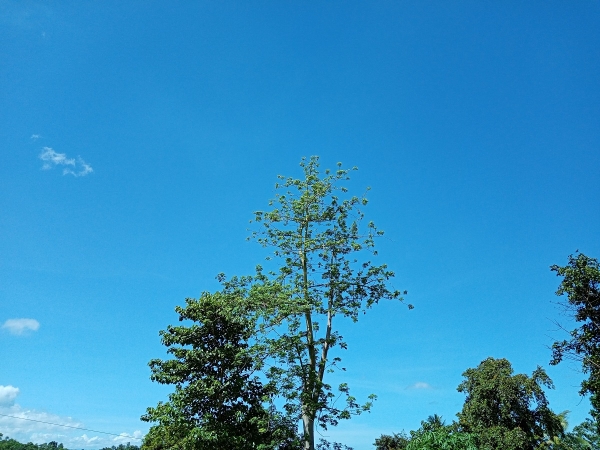 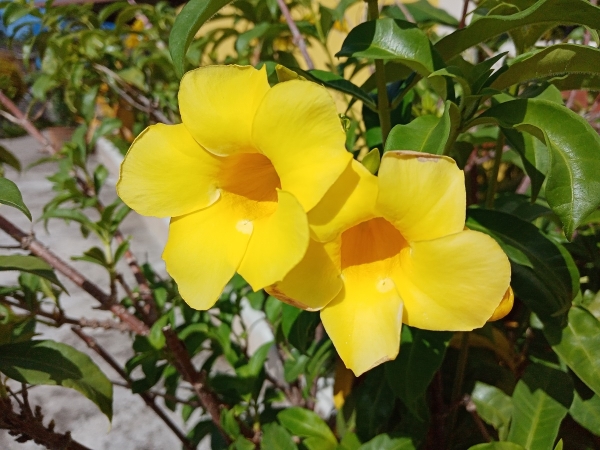 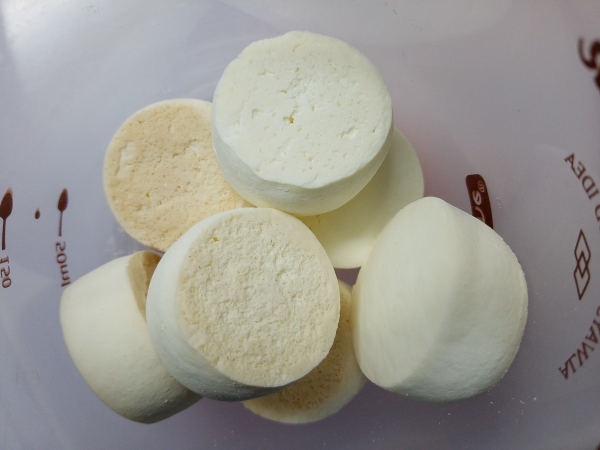 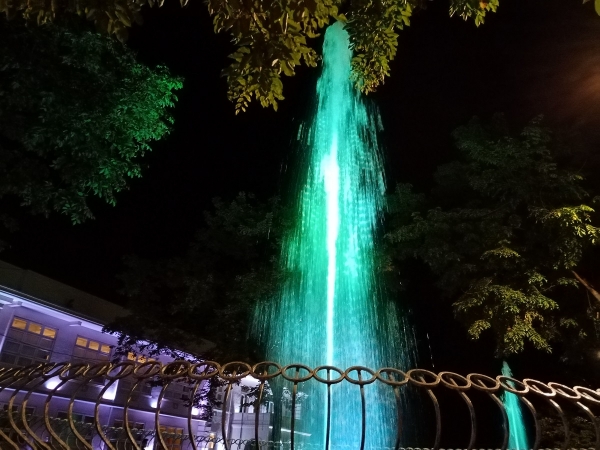 The Huawei Y6p can capture decent-looking pictures in well-lit scenes. Colors are slightly washed-out but still acceptable and details look sharp especially for nearby subjects.

However, pictures look grainy and over-sharpened when zoomed-in. This becomes more and more apparent with lesser light in the scene and when the ultra-wide camera is used.

This is the same observation with its selfie camera. Selfies shot outdoors during daytime look decent with plenty of details but become blurry indoors with poor lighting.

Meanwhile, the Huawei Y6p can shoot up to 1080p videos at 30 fps. This has to be checked in the settings since the default is just 720p. 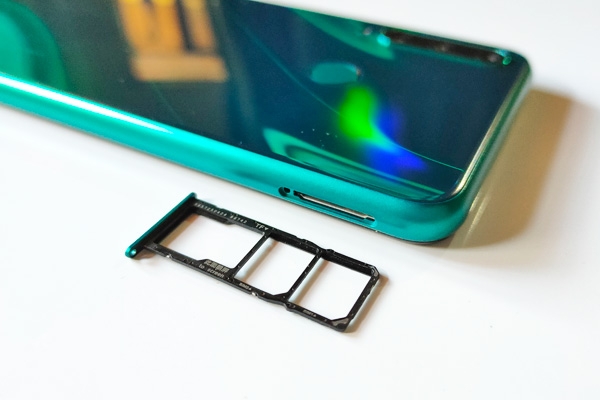 The Huawei Y6p is a dual-SIM 4G LTE smartphone. It can connect to 4G LTE networks and provide fast mobile internet speeds as long as there’s a decent 4G signal in the area.

It has a triple card tray with separate slots for two nano-SIM cards and one slot for a microSD card.

Its earpiece does the job and voice calls sound clear enough. However, its loudspeaker sounds tinny and doesn’t get very loud. There’s a free set of earphones in the box but the quality is mediocre. 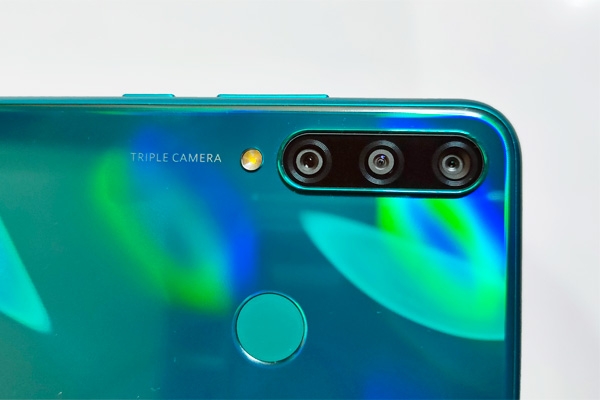 Cameras and fingerprint scanner at the back of the Huawei Y6p.

The Huawei Y6p has a fingerprint scanner on the back for a secure unlocking method. It’s not as fast as the fingerprint scanners of flagship smartphones but it’s reliable. It also has a face unlock feature but it only uses the front camera making it inherently less secure.

However, it lacks a gyroscope which is needed by AR and VR apps. It only has an accelerometer and a proximity sensor which automatically turns off the display during calls. 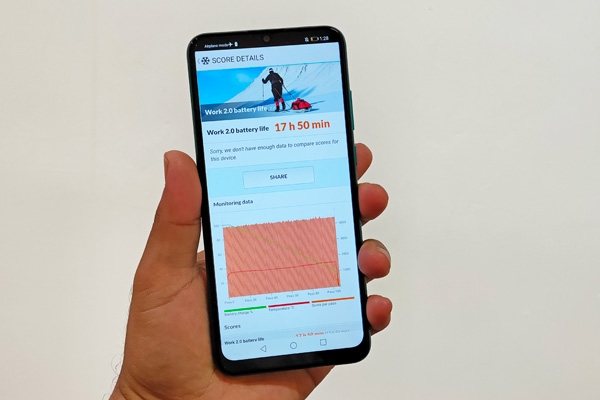 The Huawei Y6p is powered by a 5,000mAh battery and it lasts for almost two days on a single charge with casual usage. This includes hours of browsing social media apps, watching videos, and occasional picture-taking.

In the PCMark Battery Life Test 2.0, the device scored a whopping 17 hours and 50 minutes – one of the highest scores among smartphones that I’ve reviewed! The test simulates continuous usage with airplane mode turned is on and the screen brightness set to 50%. 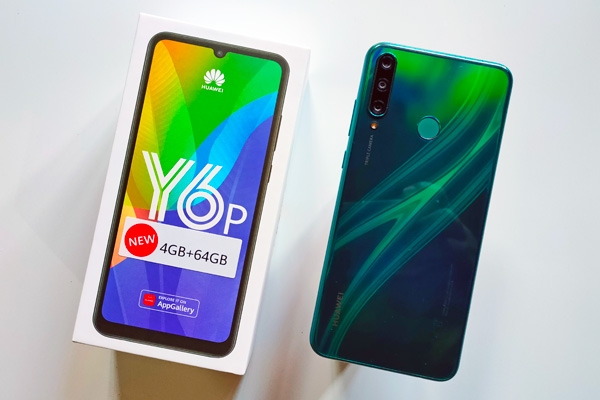 The Huawei Y6p and its box.

For its original price of ₱5,990, the Huawei Y6p offers a good set of specs and features. My favorite ones are the battery and design.

It has a compact design and a long-lasting battery! However, its cameras and performance are not impressive.

If you’re not tied to Google’s services, then this is a good deal. Google Search, Google Maps, and YouTube can still be accessed and alternative apps are available on the Huawei AppGallery and APKPure. 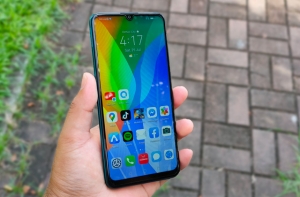 The Huawei Y6p has decent design and long-lasting battery life but unimpressive performance and cameras.