The vivo X80 Pro is powered by top-of-the-line specs: a Qualcomm Snapdragon 8 Gen 1 chipset with 12GB of RAM and Android 12 OS.

I expect it to perform like a champ in gaming and tested its performance by playing Mobile Legends (MLBB), Call of Duty Mobile (CODM), and Genshin Impact. To quantify the results, I used GameBench Pro to measure the average framerate (aka FPS) of each game. 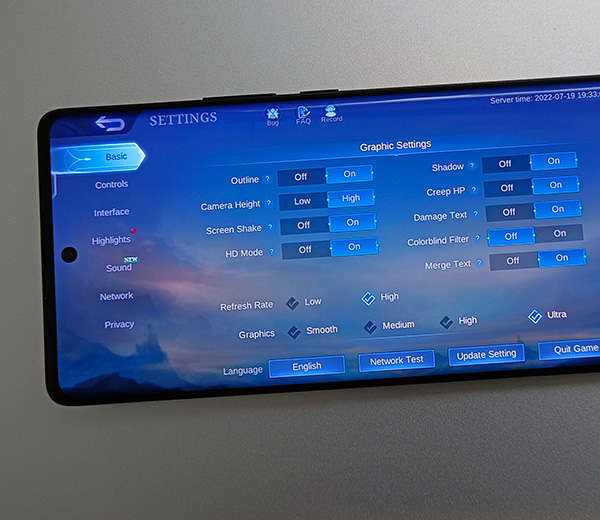 Graphics settings of Mobile Legends on the vivo X80 Pro. 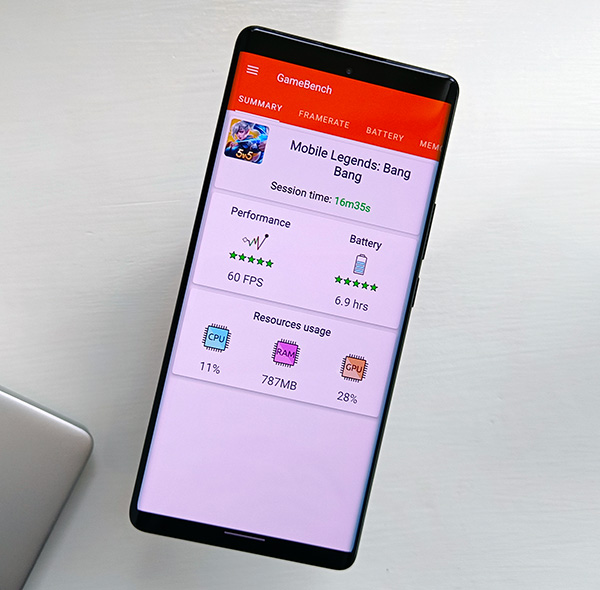 Upon opening MLBB for the first time on the vivo X80 Pro, the graphics quality is automatically set at ULTRA – the highest setting in the game. It’s not a surprise since this is a premium flagship smartphone.

The game felt very smooth in both matches with one or two frame drops during the first match when the graphics quality was maxed-out. 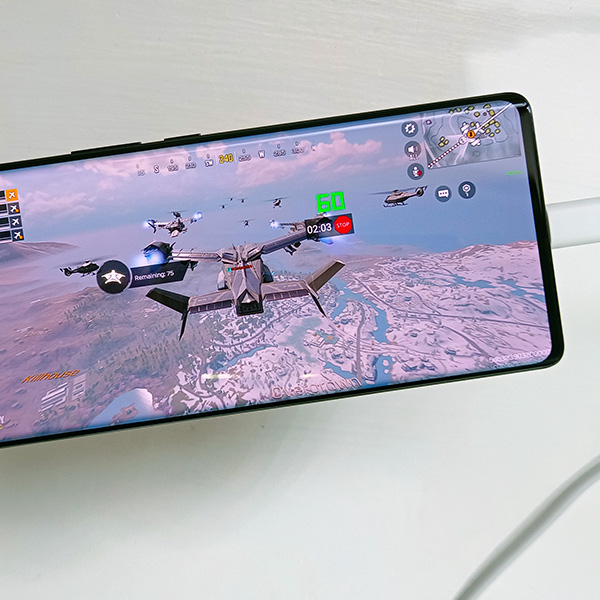 Measuring the average framerate of Call of Duty Mobile on the vivo X80 Pro. 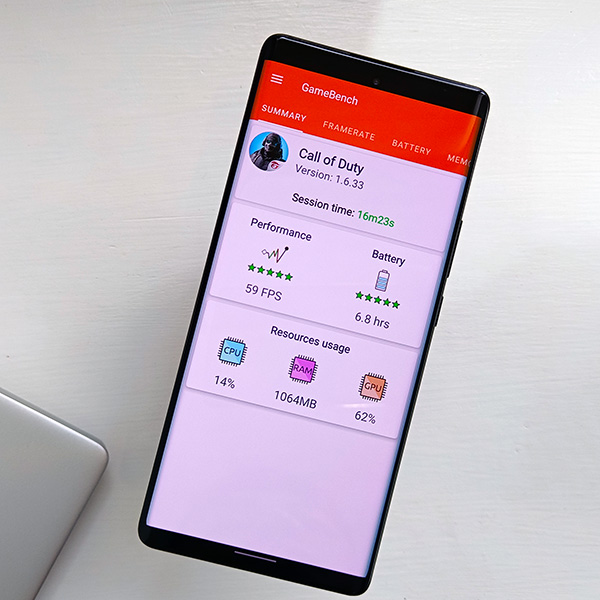 GameBench Pro’s measurement of the average framerate of CODM on the vivo X80 Pro.

I played a multi-player frontline match and the resulting average framerate is a perfect 60 FPS. Many players will choose a battle royale (BR) match though so I also played this mode and measured an average framerate of 59 FPS.

BR mode on CODM is usually heavier than the usual multi-player mode since it involves 100 players and a bigger map. There were still a few frame drops during clashes but the game felt smooth for about 98% of the match. 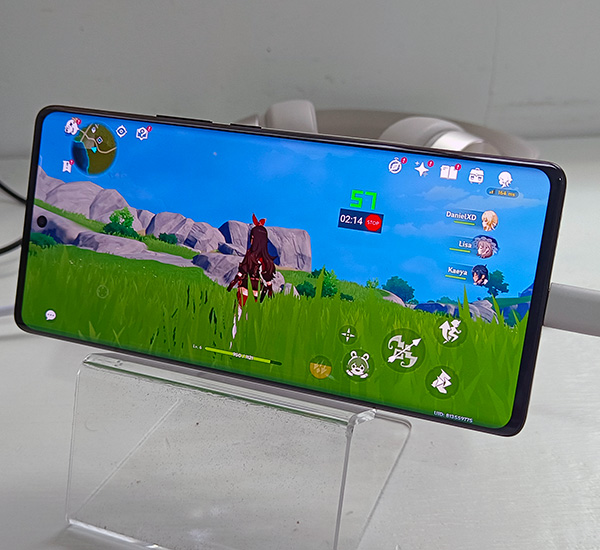 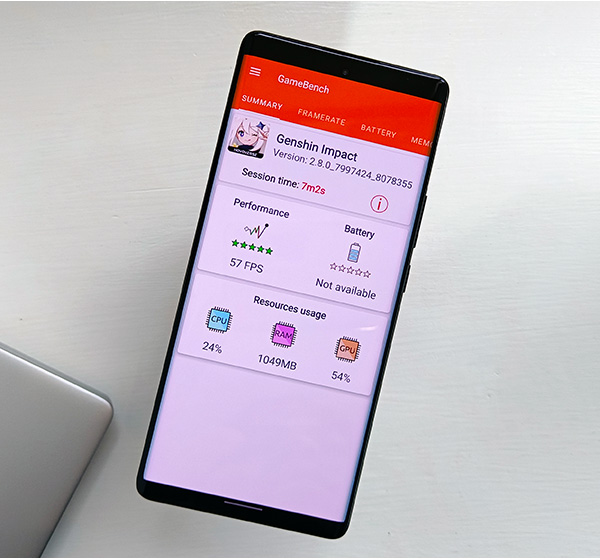 Genshin Impact is one of the most resource-intensive games right now that enjoys healthy popularity. It runs by default at Medium graphics quality on the vivo X80 Pro.

Just like in my previous gaming reviews, I strolled from Starfell Lake to the Mondstadt castle while fighting slimes along the way. After five minutes, the average framerate was measured at 51 FPS.

This may not sound as good as the two previous games but this result is already one of the highest I’ve measured on any smartphone. With the current smartphone technology, Genshin Impact should only be played at LOW graphics quality which results in an average framerate of 57 FPS. 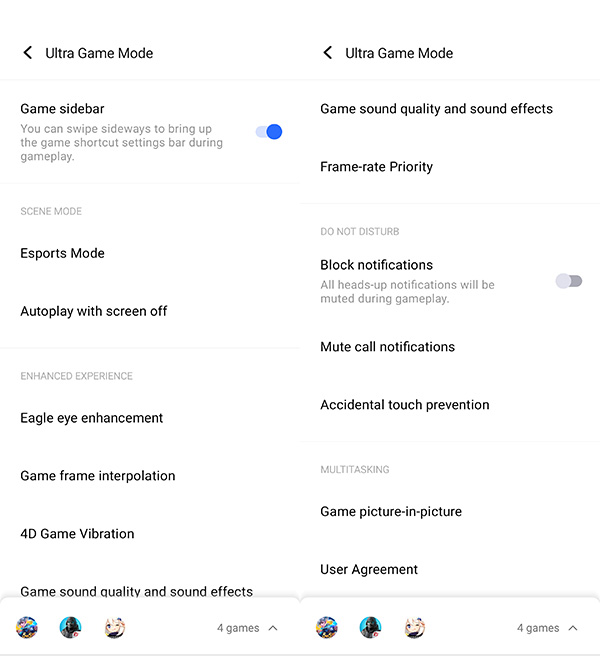 The vivo X80 Pro has a great display for gaming with an impressive 300Hz touch sampling rate. Taps and swipes are immediately registered to give the user an edge during clashes.

It’s stereo dual speaker setup also helps during gaming for audio cues that are hints to the position of the enemies. This is useful for players who avoid using earphones for health and comfort. 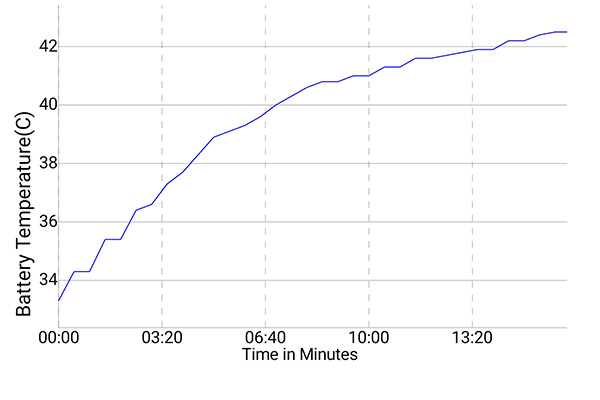 However, thermal management needs some improvement. During prolonged gaming sessions (more than 15 minutes), it starts to become warm to the touch. GameBench measured temperatures between 41℃ to 42.5℃ while playing Call of Duty Mobile in Battle Royale mode.

This is a common issue with smartphones powered by the Qualcomm Snapdragon 8 Gen 1 – that’s most premium flagships of 2022. Some solutions include lowering the graphics quality of the game and decreasing the screen brightness. 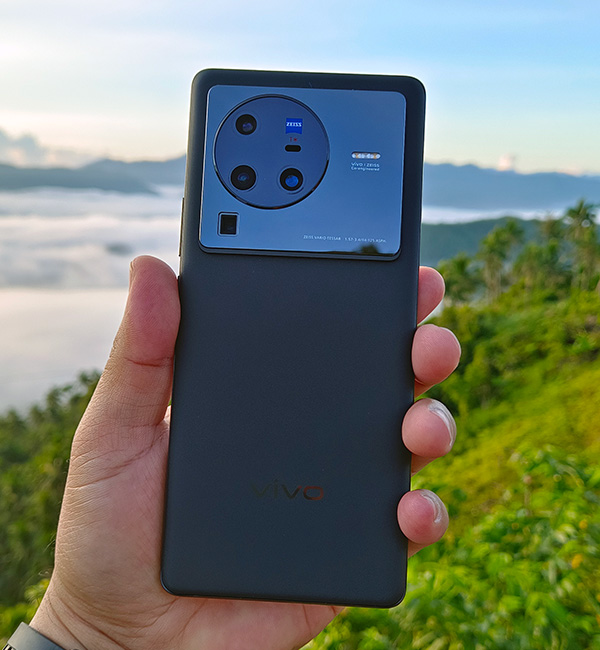 Hands-on with the vivo X80 Pro!

The vivo X80 Pro is a premium flagship smartphone and acts like a champ in gaming performance. It can run popular games smoothly at the highest graphics quality. Genshin Impact is also playable on the device at medium graphics quality.

It inherits the same thermal management issue of the flagship Snapdragon 8 Gen 1 chipset though. There are some tricks that users can use to cool the device during prolonged gaming sessions.

Nevertheless, the vivo X80 Pro is indeed a powerful smartphone for gaming. It has the specs, software features, display technology, and stereo audio for a complete gaming experience.