BY Daniel Gubalane ON May 18, 2020 with 74 Shares
The Realme 6i smartphone in White Milk color.

The Realme 6i smartphone is powered by a MediaTek Helio G80 chipset and either 3GB or 4GB of RAM.

I tested its gaming performance by measuring the average frame rate while playing some of the most popular mobile games using GameBench Pro. This includes Mobile Legends, PUBG Mobile, Call of Duty, and NBA 2K20. 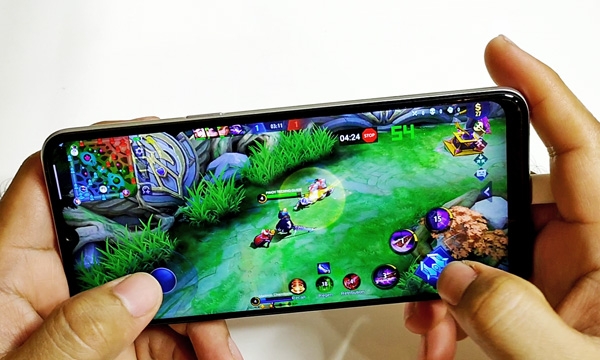 Mobile Legends on the Realme 6i.

Out of the box, the Realme 6i supports the High Frame Rate (HFR) mode of Mobile Legends. I also enabled character outlines and shadows before testing the game’s performance.

Playing Mobile Legends on the Realme 6i feels smooth most of the time but frame drops occur during clashes. It’s enough for a casual gamer but more competitive ones should decrease the graphics quality for a smoother experience. 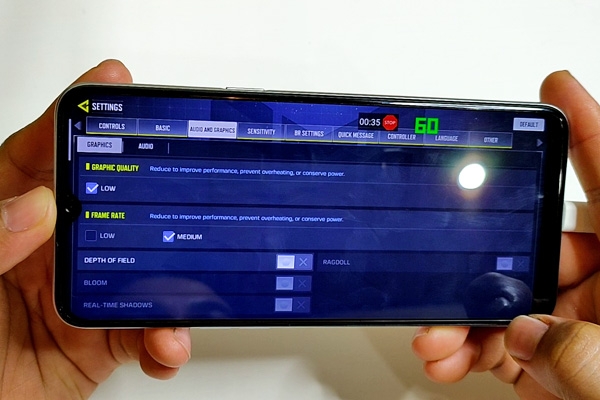 Call of Duty graphics quality on the Realme 6i.

Unlike Mobile Legends, Call of Duty Mobile only supports Low graphics quality on the Realme 6i. This is usually the case with budget smartphones.

I played two Frontline matches and both resulted in a frame rate of 59 FPS. This means the game is almost perfectly smooth but it doesn’t look as detailed when the graphics quality is set to high. 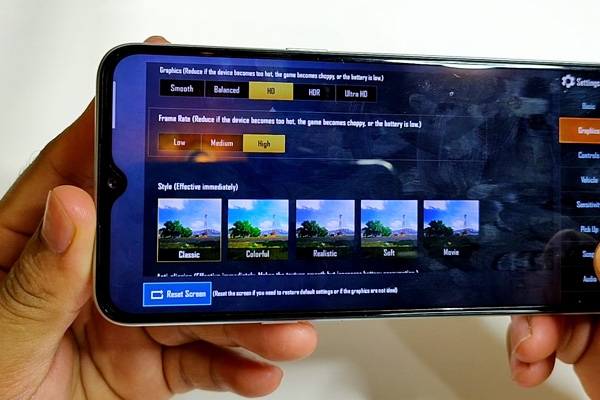 PUBG Mobile graphics quality on the Realme 6i (don’t mind the smudges).

The MediaTek Helio G80 and G70 seem to work really well with PUBG Mobile. The Realme 6i supports HD graphics quality out of the box.

However, this game pushed the device to its limits as the battery temperature rose to 42°C. I conducted the test in a room where the ambient temperature is set to 24°C. Nevertheless, the warmth of the phone was bearable while other games did not reach 40°C. 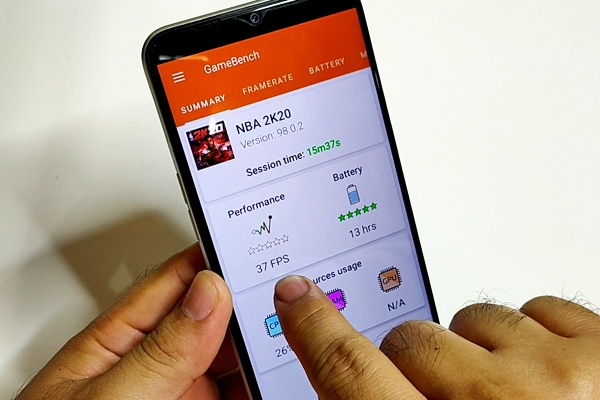 The last game I tested on the Realme 6i is NBA 2K20. I set the quality of essential graphics elements to high including players, shadows, and cloth simulation. Meanwhile, I set the sidelines and crowd to low.

After 15 minutes, the average frame rate reported by GameBench is 37 FPS. This is a good result given the phone’s price. Reducing the quality of shadows can further make the game run smoothly.

Here are the results of the Realme 6i gaming tests in a tabular form:

The Realme 6i is a capable gaming smartphone with a relatively affordable price tag.

It also supports high graphics quality on Mobile Legends and PUBG Mobile out of the box which is nice to have. Only PUBG Mobile made it slightly warm.

Hence, the Realme 6i is a very easy recommendation for gamers on a budget. What makes it even better are the other features such as the camera and battery which we’ll talk about in the upcoming full review.

UP NEXT: Realme 6i Full Review!