BY Daniel Gubalane ON Mar 16, 2020
Let's review the gaming performance of the Realme C3 smartphone!

The Realme C3 is powered by a gaming-centric MediaTek Helio G70 chipset with 3GB of RAM and runs on Android 10 with Realme UI out of the box.

I played several of the most popular mobile games including Mobile Legends, Call of Duty Mobile, and PUBG Mobile while measuring the phone’s gaming performance using an FPS counter called GameBench Pro. This is my gaming review of the Realme C3 smartphone! 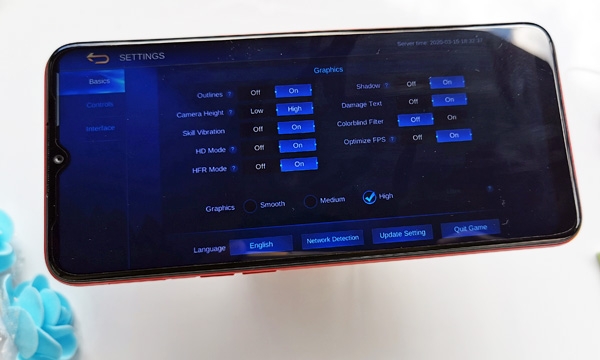 Graphics settings of Mobile Legends on the Realme C3 during the tests.

I had high expectations for the Realme C3 since it’s been dubbed as a “budget gaming monster”. I set the graphics settings of Mobile Legends to high quality and turned on shadows, character outlines, and High Frame Rate or HFR mode.

However, I only got an average frame rate of 46 fps after 16 minutes of playing. The game was playable but felt sluggish and jittery during busy scenes. I still expected a higher result because other budget smartphones nowadays can already achieve more than 55 fps. 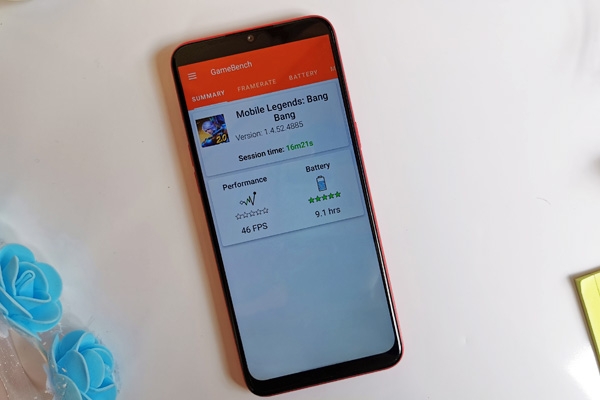 The average frame rate of Mobile Legends on the Realme C3.

I tried turning on the Performance Mode in the phone’s battery settings and switched the game to the old map (Celestial Palace) instead of the new one (Imperial Sanctuary). It helped a little and resulted in a slightly higher frame rate of 48 fps. 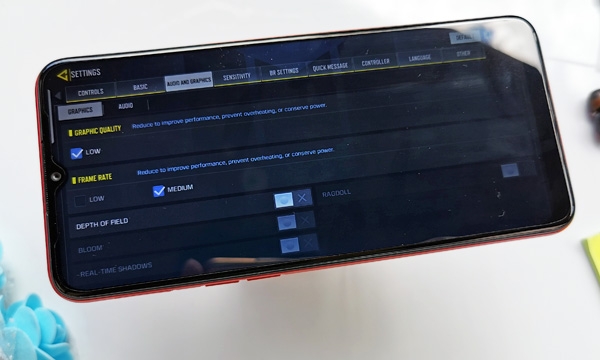 Graphics settings of Call of Duty Mobile on the Realme C3.

Call of Duty Mobile is limited to low graphics quality and medium frame rate on the Realme C3. Other graphics features are also disabled including real-time shadows, ragdoll, and optical bloom.

I played a couple of Frontline matches for more than 15 minutes and got an average frame rate of 59 fps. This is a better performance compared to the previous game but the characters and environment textures did not look good due to the low graphics quality. 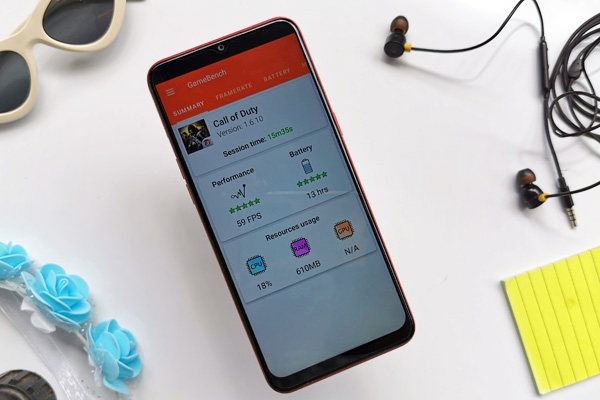 The average frame rate of Call of Duty Mobile on the Realme C3.

For the temperature of the device, GameBench measured a starting temperature of 34°C and peaked at 39°C after about 10 minutes into the game. It was still comfortable to hold after the game.

Take note that I performed all these gaming tests in an airconditioned room with the ambient temperature around 24°C to 25°C. 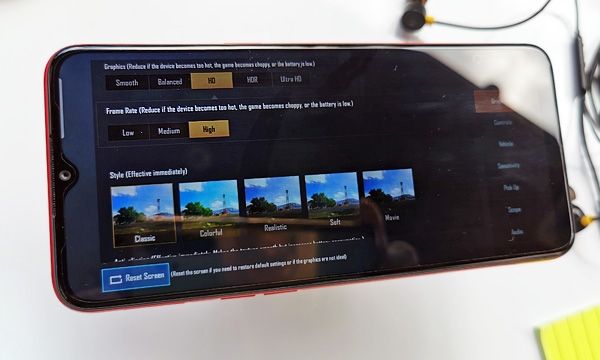 Graphics settings of PUBG Mobile on the Realme C3.

The Realme C3 performed quite decently in PUBG Mobile. The game allows the graphics quality to be set at HD and the frame rate to the High preset making the game look good.

After 23 minutes, GameBench calculated an average frame rate of 28 fps. Other budget smartphones only get 25 fps or less with lesser graphics quality. The game felt smooth except when there are a lot of enemies around, then it starts to feel sluggish. 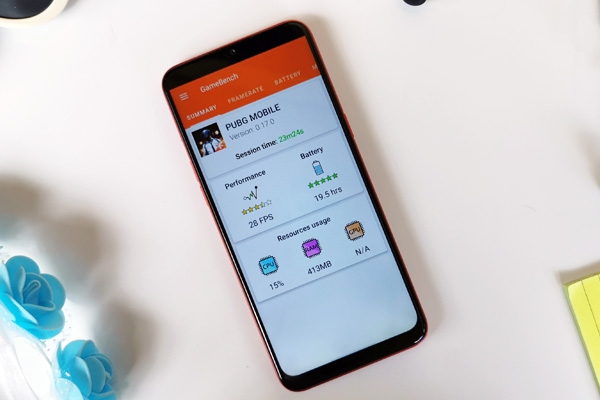 The average frame rate of PUBG Mobile on the Realme C3.

The device maintained an elevated but manageable temperature of 40°C from 6 minutes to 21 minutes of the gameplay. However, it spiked to 41°C in the 23rd minute which is also why I stopped the test at that time.

Setting the graphics quality down to Balanced and frame rate preset to Medium helps a lot in maintaining a stable performance.

Here are the results of the gaming tests on the Realme C3: 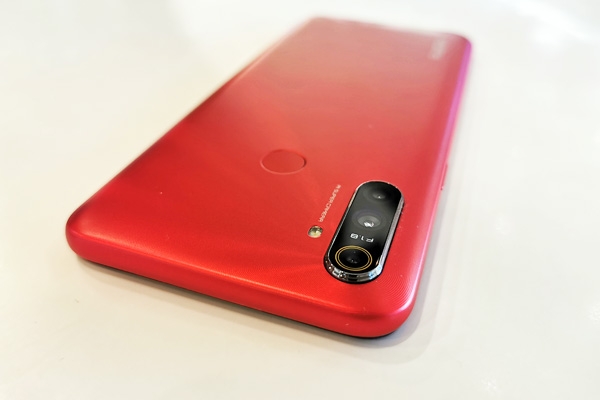 The Realme C3 viewed from the back.

The Realme C3 did not meet my high expectations in terms of gaming performance. I thought it would perform slightly better than the Realme 5i but the opposite happened.

It’s decent for highly optimized games such as PUBG Mobile but there must be a game-related problem in Mobile Legends that resulted in its lackluster performance during my gaming test. Meanwhile, locking the graphics quality to low surely helped in Call of Duty Mobile.

There’s also the issue of heating which might be the result of using the MediaTek Helio G70 chipset. It’s not unbearable but the device certainly gets warm during prolonged gaming sessions and when Performance Mode is turned on.

My recommendation is to increase your budget a little more and choose the Realme 5i instead of the Realme C3. That smartphone provides better gaming performance and comes with better features.

Here are my Realme 5i gaming review, sample pictures, and full review.

UP NEXT: Realme C3 Full Review!