BY Daniel Gubalane ON May 27, 2020
Let's test the gaming performance of the realme 6!

The realme 6 smartphone is powered by a MediaTek Helio G90T chipset with either 4GB or 8GB of RAM. It also has a 90Hz display but I doubt if it can run games at 90 fps.

For an objective review of its gaming performance, I measured the average frame rate using GameBench Pro while playing some of the most popular mobile games. These include Mobile Legends, Call of Duty Mobile, NBA 2K20, and PUBG Mobile. 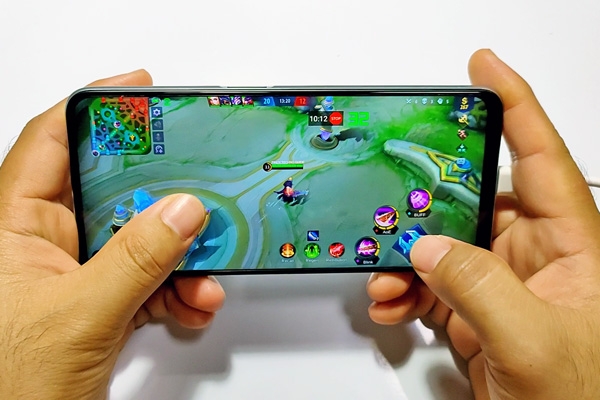 Mobile Legends on the realme 6.

The realme 6 supports up to High graphics quality of Mobile Legends: Bang Bang. I also enabled the HFR mode, shadows, and character outlines during the test.

For reference, the maximum frame rate of Mobile Legends is 60 fps and the 90Hz display of the realme 6 can support up to 90 fps. However, there must be a compatibility issue here because these results are uncharacteristically low.

In comparison, the more affordable realme 6i which uses the less powerful MediaTek Helio G80 got 54 fps in my review. I’ll post an update on the PTG Facebook page once there’s an improvement. 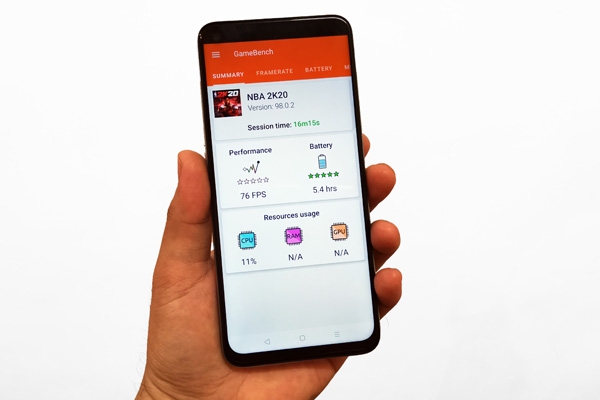 The average frame rate of NBA 2K20 on the realme 6.

This was achieved by setting all graphics options to low or off. After 15 minutes of playing, the average frame rate measured by GameBench Pro is 76 fps. The game looked very cartoony but ran very, very smoothly.

Flagship smartphones like the Samsung Galaxy S20, Huawei P40, and iPhone 11 can only run NBA 2K20 at 60 fps. The realme 6 that costs around 1/5 of those expensive phones can provide this new gaming experience.

However, the frame rate drops significantly to 29 fps when the graphics settings are changed to high or ultra-high.

Hence, you’ll have to experiment with which graphics settings you can sacrifice in order to experience mobile gaming at 90 fps. Cloth simulation seems to be one of the most resource-intensive elements and the crowds should be removed to keep up with the times. 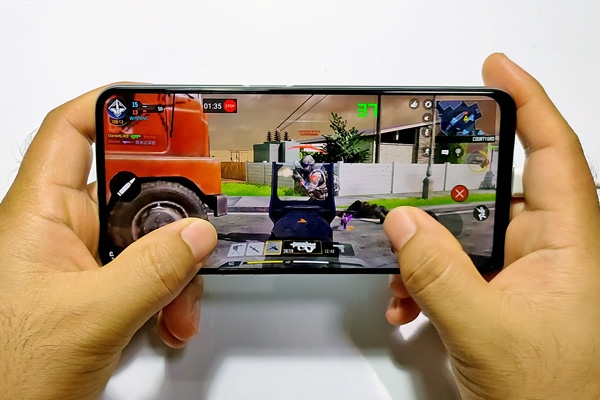 Call of Duty Mobile on the realme 6.

The graphics quality of Call of Duty Mobile is automatically set to High the first time I launched it on the realme 6.

However, the default settings result in an average frame rate of 35 fps only. The game feels laggy and frame drops are very obvious during clashes with enemies. 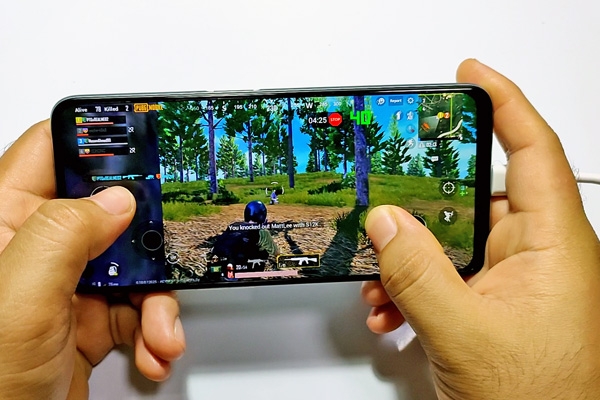 PUBG Mobile on the realme 6.

PUBG Mobile sets the graphics quality to HD by default but I changed the frame rate preset to Ultra to remove the 30 fps limit.

It seems like the phone’s MediaTek Helio G90T chipset is well-optimized for games like PUBG Mobile. I thoroughly enjoyed playing PUBG Mobile and Call of Duty Mobile using this smartphone.

Here are the results of all the gaming tests I conducted with the realme 6:

No. The realme 6 doesn’t have a heating problem unlike the realme 6 Pro. It only reached 41°C while playing NBA 2K20 even if that game reached 90 fps many times during a 16-minute gameplay.

The highest battery temperature reported by GameBench Pro is 43°C and occurred while playing PUBG Mobile. However, that quickly went down to 41°C until the test finished without a noticeable drop in performance.

The realme 6 consumed 19% of its battery capacity in one hour of playing NBA 2K20 which equates to more than 5 hours of that sweet, sweet 90Hz gaming experience.

Meanwhile, PUBG Mobile and Mobile Legends both consume 17% of battery capacity in one hour. That translates to almost 6 hours of continuous gaming for games that don’t support the 90Hz screen refresh rate. 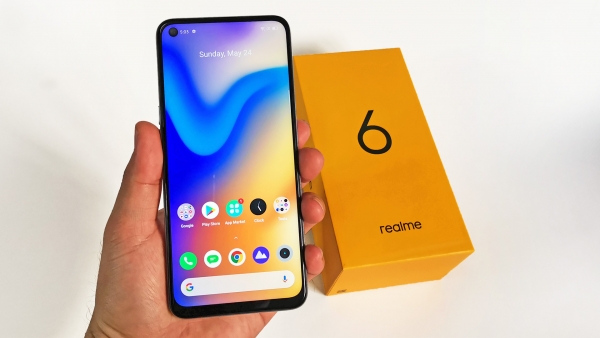 The realme 6 can provide a smooth gaming experience when the graphics is set to low or medium quality. It can also achieve 90 fps but the graphics quality should be strictly set to low.

It performs best with games similar to PUBG Mobile and Call of Duty Mobile. However, NBA 2K20 with ultra-high graphics quality is too much for it. Mobile Legends might also have a compatibility issue because the device performed poorly with that relatively light game.

My recommendation is to choose the realme 6 if you love its other features such as the 64MP camera and 90Hz display and play games that performed well in this review.

Mobile Legends is a very popular game in the Philippines and the results hold me back from recommending the device as a gaming smartphone. I’ll update this review once an update improves the phone’s performance in this specific game.

UP NEXT: Realme 6 Full Review!