I tested the gaming performance of the Realme XT smartphone while playing Call of Duty Mobile, Mobile Legends: Bang Bang, and NBA 2K20. To get an objective result, the average frame rate was measured using a profiling app called GameBench Pro.

The smartphone is powered by a Qualcomm Snapdragon 710 AIE chipset with a 2.3GHz octa-core CPU, Adreno 616 GPU, Android 9 Pie OS with ColorOS 6.1 software, and 8GB of RAM. 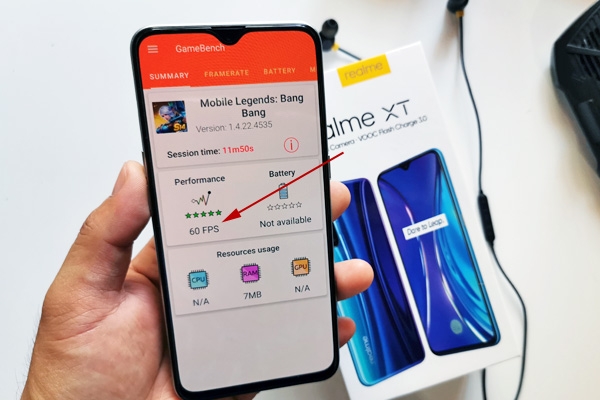 For Mobile Legends: Bang Bang, I set the graphics quality to High and turned on the High Frame Rate mode or HFR, character frame, and shadows.

The average frame rate measured by GameBench during a Ranked Match is 60 fps. That’s a perfect score! Meanwhile, the highest temperature recorded is a little less than 39°C only. 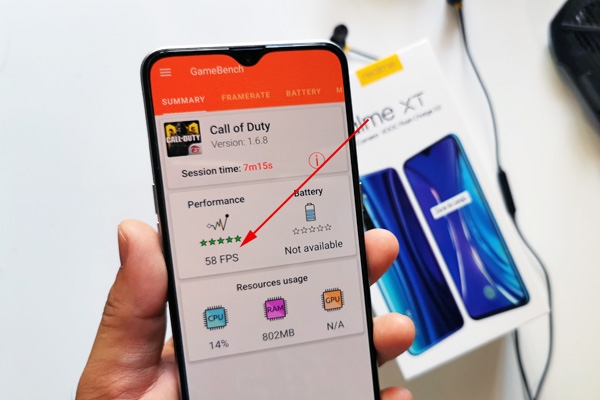 Instead of Rules of Survival, I will now be using Call of Duty Mobile as one of the games in my gaming reviews. The smartphone allows both the graphics quality and frame rate to be Very High, so I did that.

During a regular Frontline match, the average frame rate is 58 fps. That’s just 2 points before becoming perfect but it’s close enough. There will be very few lags or frame drops.

What surprised me more is the temperature measured at 37.5°C only. 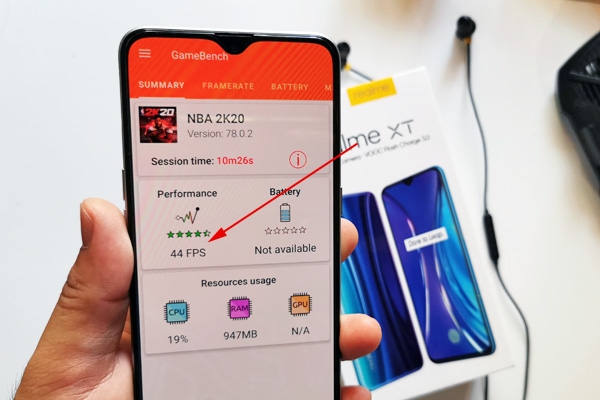 I set all video settings of NBA 2K20 to the highest options except for Depth of Field for the gaming test.

The resulting average frame rate is 44 fps while the temperature is slightly above 39°C. This game pushed the Realme XT smartphone to its limits.

Nevertheless, the game was still playable and the frame drops only happen during busy scenes such as when almost all 12 players are visible.

Here are the results of my gaming tests with the Realme XT. During these tests, the room temperature was ranging from 22 to 24 °C. 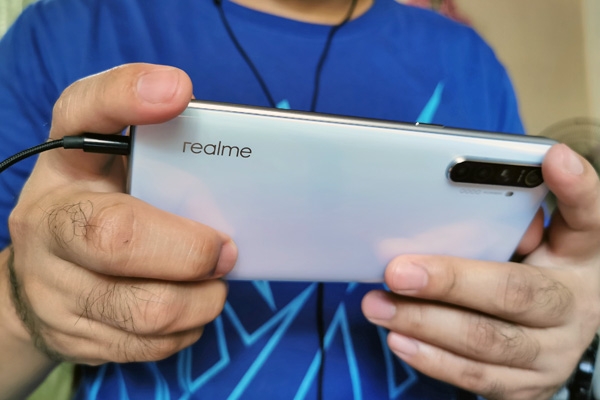 Reviewing the gaming performance of the Realme XT!

Based on the results of these gaming tests, the Realme XT is a great smartphone for playing Moble Legends, Call of Duty, and other similar games. NBA 2K20 is a bit of a challenge for it though.

I noticed that it has slightly better scores than the Realme 5 Pro despite having the same chipset, RAM, and software. This must be a result of better thermal controls since the Realme XT showed cooler temperatures.

UP NEXT: Realme XT Full Review!