Philippine smartphone brand MyPhone is on a re-awakening phase and will soon launch the MyPhone Gold Series of smartphones.

There’s not much information about the series yet. Its latest brochure only features the tagline “Affordability and Quality forged in Gold” and shows a smartphone with faux leather back. 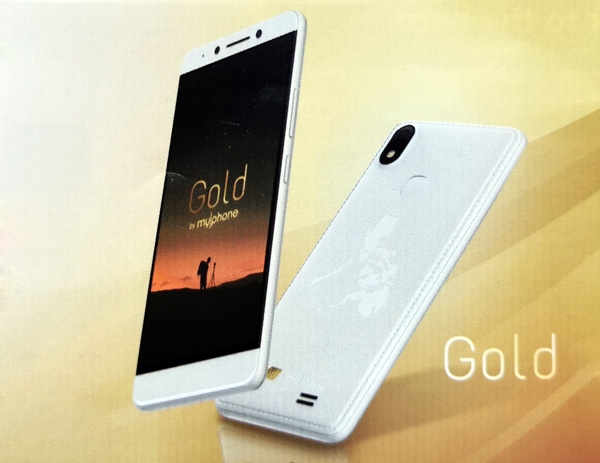 A closer look at the MyPhone Gold smartphone.

The image above reveals that the upcoming smartphone will feature a classic display without any notch. It also looks like there are two selfie cameras above the screen.

Meanwhile, its faux leather back has the company’s signature Philippine map embellishment, fingerprint sensor, and “Gold by MyPhone” branding. It’s not clear if the rear camera is solitary but there’s still space between the single lens and LED flash.

More than one smartphone

It’s a series so there will be several models under the MyPhone Gold Series. The upcoming MyPhone myX12 isn’t included.

Based on the teaser, the local brand might be going for a “premium design” with these smartphones. However, the lack of a notched display and those thick bezels imply that the specs of these smartphones will be entry-level.

I hope I’m wrong and they, at least, compete with fellow Philippine brand Cherry Mobile.