The Huawei Nova 5T has been dubbed as Huawei’s “flagship killer” since it’s powered by the same Kirin 980 chipset as the flagship Huawei P30 Pro. It also has 8GB of RAM and the company’s GPU Turbo performance-enhancing technology.

I tested its gaming performance by measuring the average framerate while playing popular games using GameBench Pro. For this gaming review, I played Mobile Legends: Bang Bang, NBA2K19, and Rules of Survival. 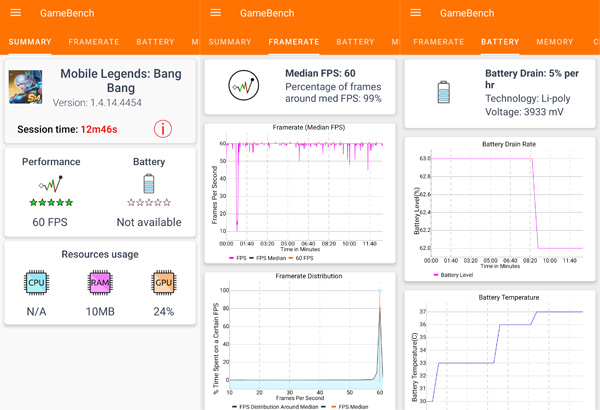 Since it has a flagship chipset, I expected that the Huawei Nova 5T can run Mobile Legends: Bang Bang at the highest graphics settings. I turned on high framerate mode or HFR, set the graphics quality to high, turned on shadows, and used character frames.

The test was supposed to last at least 15 minutes but the ranked game was already finished after a little more than 12 minutes. The resulting average framerate is a perfect 60 frames per second! 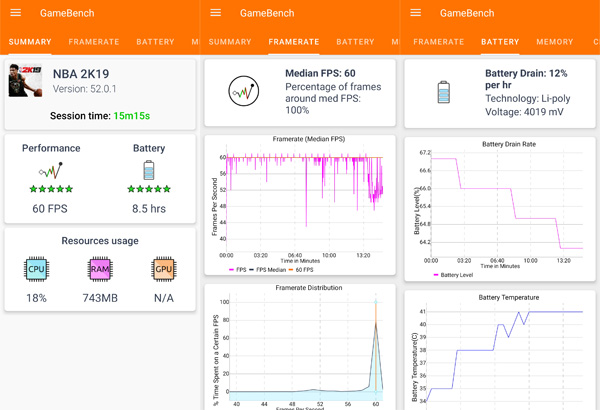 I know that there’s already an update to NBA2K19, the NBA2020. However, I wanted to compare the performance of the Huawei Nova 5T to the Huawei P30 Pro.

Once again, I set all graphics settings to the highest options except for the depth of field effect.

After 15 minutes of playing the game, GameBench measured the average framerate as 60 frames per second as well! That’s exactly the same as the Huawei P30 Pro! You can read or watch my Huawei P30 Pro review here (Pinoy Techno Guide) and here (YouTube). 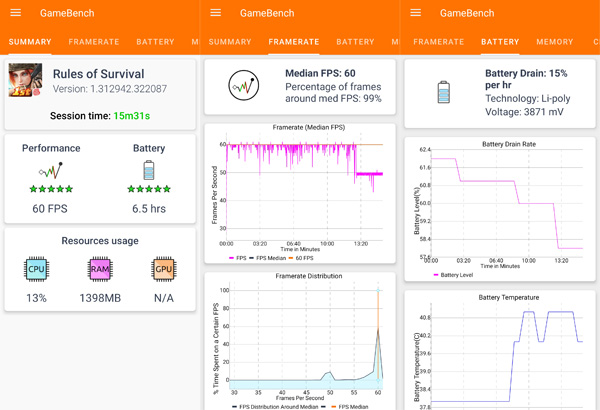 Rules of Survival on the Huawei Nova 5T.

I should also explain why I use Rules of Survival to test games instead of PUBG Mobile. The latter automatically limits the maximum framerate based on the chipset of the device. Hence, there are several times where I think a smartphone can still achieve a higher framerate but the game locks it at up to 25 fps or 30 fps only.

For the Huawei Nova 5T, the average framerate is a perfect 60 frames per second too! This is with the graphics settings set at the maximum values.

However, I noticed that the performance dipped after about 12 minutes into the game. From 60 fps, it dropped to around 50 fps although it did not nudge the average framerate. The device also felt warm during this which leads me to speculate that it doesn’t have the same thermal controls as the Huawei P30 Pro.

Another nitpick that I have for the Huawei Nova 5T is the position of the front camera punch hole. Some games have a button at the lower-left corner of the screen but it’s where the camera is located. Nevertheless, buttons placed here still work when tapped despite the presence of the camera punch hole.

Indeed, the Huawei Nova 5T is a very powerful gaming smartphone with perfect framerates for all the games I’ve tested. It has flagship performance!

However, it seems to have an issue with thermal controls since it tends to get warm after playing for a while. The punch hole for the selfie camera also covers some UI elements.