BY Daniel Gubalane ON Oct 05, 2018
The Samsung Galaxy J4+ is only available in gold.

Samsung Philippines officially announced the price of the Samsung Galaxy J4+ smartphone to be ₱6,990.00. 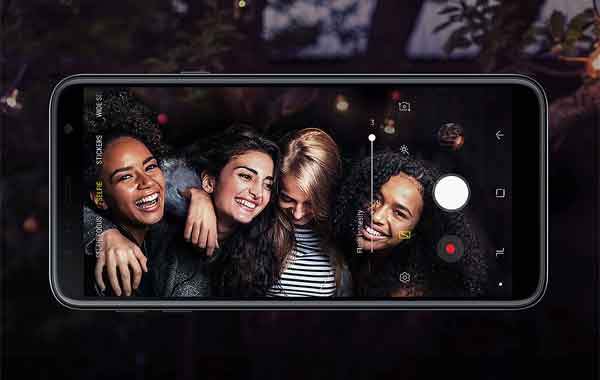 The Samsung Galaxy J4+ follows the trend of having tall displays in smartphones. Its 6-inch display has an aspect ratio of 18.5:9 although it only uses an LCD panel instead of a Super AMOLED screen found in more expensive Samsung smartphones.

Nevertheless, its cameras sound enticing for the price. It has a 13 Megapixel rear camera with a f/1.9 aperture that should be able to capture brighter photos at night. Meanwhile, its 8 Megapixel front camera has its own LED flash.

Its internal storage is 16GB while a microSD card can be inserted in a dedicated slot for up to 512GB of additional storage.

The Samsung Galaxy J4+ is a dual SIM smartphone with 4G LTE connectivity. It also has Dolby Atmos audio for compatible earphones and Bluetooth audio devices.