OPPO F9 Unboxing and Hands On

The OPPO F9 is one of the most hyped up smartphone to be released in the Philippines.

I received a review unit of the device and immediately took it out of the box. The gradient color, psychedelic art and well placed golden trims give the smartphone a distinct look.

What’s inside the OPPO F9 box? 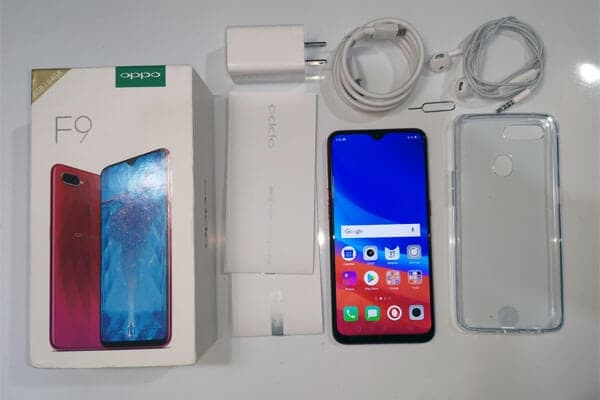 These are the contents of the OPPO F9 box.

The OPPO F9 comes in a standard white cardboard box with the amounts of storage and RAM indicated on the top left corner.

Along with the OPPO F9 unit itself are the usual user guides, SIM ejector tool, earphones and charger. Since the device has supports VOOC Flash Charge, the charger and its USB cable have green internal colors.

There’s also a free phone case inside the box – a transparent jelly case.

Hands on with the OPPO F9 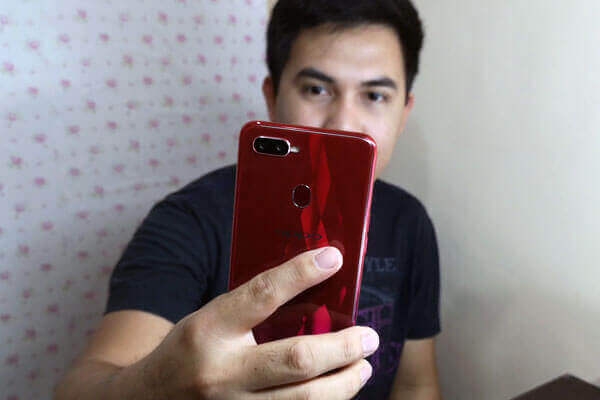 Hands on with the OPPO F9 smartphone.

The OPPO F9 felt a bit light when I first held it in my hand. Its gradient color is striking but I am more impressed by the small notch on the phone’s edge-to-edge display.

There’s a pre-applied screen protector on the phone even though it’s already scratch resistant. Its back has no scratch protection though so it’s a good idea to use the free phone case.

Its surrounded by a metal frame that also follows the gradient paint job. The power button is on the right side. Meanwhile, the volume buttons and SIM card tray are on the left side. The phone uses a triple card arrangement with three separate slots for the two SIM cards and a micro-SD card.

Switching the OPPO F9 smartphone on reveals the new ColorOS 5.2 software. It’s now closer to Android Oreo instead of iOS11 although it still lays all app icons in the home screens.

There’s more than 47GB of free storage space out of the 64GB ROM. Pre-installed apps only include those from Google, a few device management apps, Facebook, Opera Mini and Lazada.

I took a couple of pictures using the dual rear camera and 25 Megapixel selfie camera: 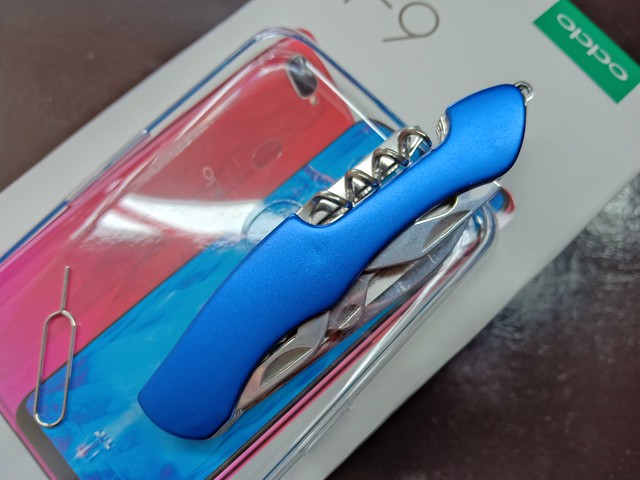 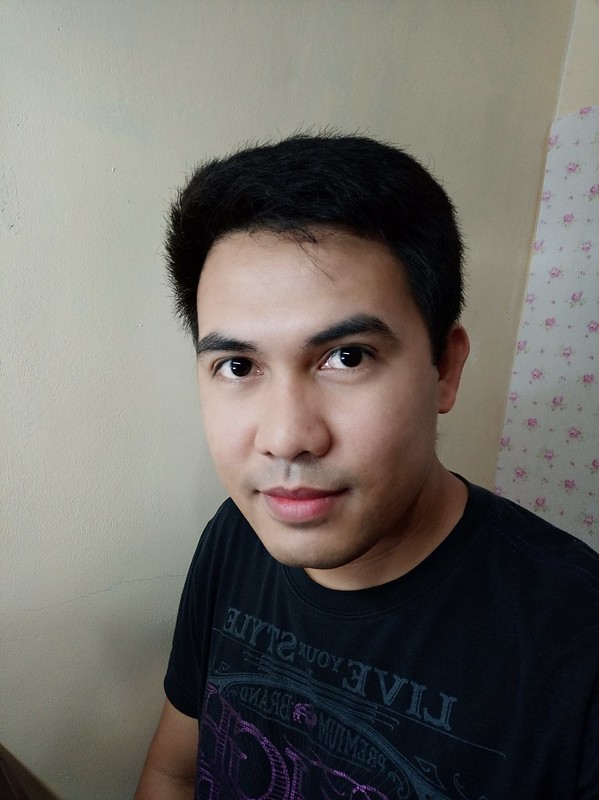 UP NEXT: OPPO F9 Full Review!