Home › Smartphones › Alcatel Flash Plus Official Specs, Price and Features in the Philippines

Alcatel Flash Plus Official Specs, Price and Features in the Philippines 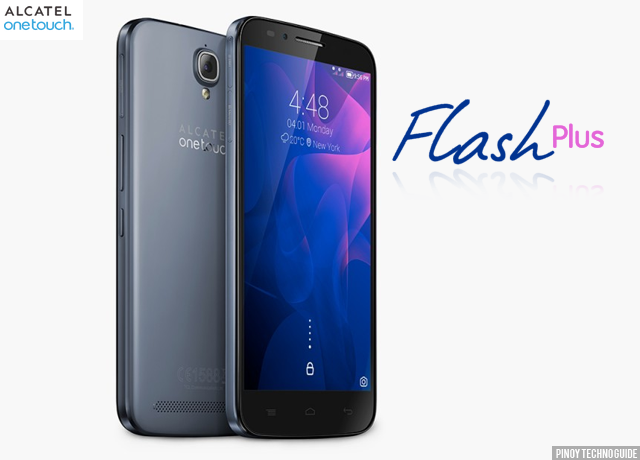 Alcatel has officially launched the eagerly awaited Alcatel OneTouch Flash Plus in the Philippines together with its exclusive distribution partner, the online shopping site Lazada.

The Alcatel Flash Plus uses a fully laminated OGS panel for its screen. This makes icons appear closer to the touch and the entire screen more responsive. A layer of scratch resistant DragonTrail Glass also protects the display.

However, it’s only a 720p display with a pixel density of 268ppi. Some people might prefer a full HD screen with higher pixel density but the lower resolution helps in prolonging the Alcatel Flash Plus’ battery life.

At the heart of the Alcatel Flash Plus is a MediaTek MT6752M chipset with a 1.5GHz octa core ARM Cortex-A53 CPU and Mali-T760 graphics renderer. This makes the device run smoothly even while using hard core games and apps.

There’s also 2GB of RAM that will prevent lags when opening several apps simultaneously. Meanwhile, the device comes with 16GB of onboard storage, microSD slot for additional storage space and USB OTG support.

Photography is another aspect where Alcatel says the OneTouch Flash Plus performs like a pro. It has a 13MP camera at the back that uses a Sony IMX214 image sensor with autofocus and an f/2.2 aperture.

On the other hand, its 8MP front camera has a wide angle field of view so that everyone can fit when taking that group selfie.

The Alcatel Flash Plus has two SIM card slots that can both connect to 4G LTE networks of both Smart and Globe. Wi-Fi, Bluetooth and GPS are of course, supported too.

Its 3,500mAh Lithium-ion battery is said to power the device for up to 28 hours of continuously playing music or 20 days on standby mode. This isn’t removable though.

The Alcatel OneTouch Flash Plus is exclusively sold by Lazada for ₱6,490.00. Supply is very limited that every time there is a flash sale, it becomes sold out in minutes!

It will be available once again on September 16, 2015 at exactly 12 noon. Bookmark this page.