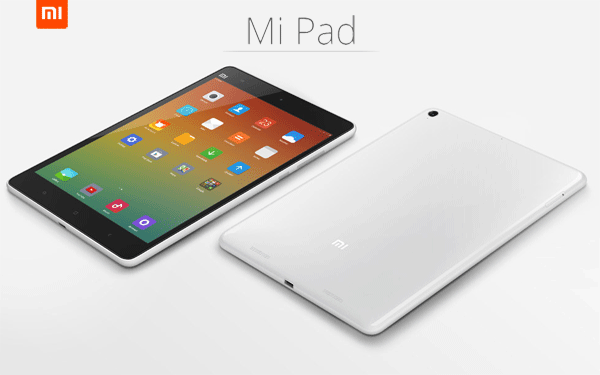 Aside from the Redmi 2, Xiaomi’s NVIDIA-powered tablet is also making its way to the Philippines with a ₱10,999.00 price tag – the Xiaomi Mi Pad.

Looking like an iPad Mini, the Xiaomi Mi Pad doesn’t shy away from the resemblance as it presents the product Apple style in the official Philippines website. Unlike the iPad Mini though, the Mi Pad is much, much powerful!

These features make the Xiaomi Mi Pad a great tablet for those who just like to browse Facebook and other websites or someone who plays Modern Combat 5. The Xiaomi Mi Pad also features a pair of 8MP and 5MP cameras for the rear and front respectively. There’s 16GB of storage space for your photos and videos which can still be increased by up to 128GB using a microSD card.

It’s a Wi-Fi only tablet though so you won’t be able to make calls or texts. Nonetheless, Wi-Fi and Bluetooth are both present. A 6,700mAh battery powers the device.

Sadly, only the white version will be available in the Philippines. For ₱10,999, this is still a very good deal!