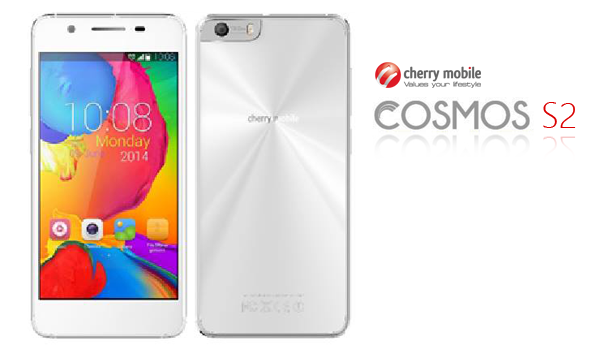 Cherry Mobile is poised to release another monstrous smartphone in terms of specs but easy on the price with the Cherry Mobile Cosmos S2.

The company’s new Fiesta 2015 poster reveals that a 1.5GHz 64-bit octa core processor powers the Cherry Mobile Cosmos S2 with 2GB of RAM and Android 5.0.2 Lollipop as the OS on a 5-inch AMOLED display.

Let’s break these features down into bite size explanations. First, the Android 5.0.2 Lollipop is the newest version of Google’s mobile OS with extra smooth Material Design.

Then there’s the 1.5GHz octa core processor which most probably is housed in a MediaTek MT6753 chipset. If so, the GPU of the Cherry Mobile Cosmos S2 is the Mali T720! Add the 2GB of RAM and you’re looking at a very capable device in running your favorite apps and games.

Third, the 5-inch HD AMOLED display means texts, pictures, videos and other graphics will look bright and sharp without consuming a lot of the battery life.

Fourth, the Cherry Mobile Cosmos S2 has a 13MP camera at the back and an 8MP camera on the front. Both snappers are equipped with Backside Illuminated sensors promising good photos even in low light.

Next is its dual SIM and dual 4G LTE functionality. You can insert an LTE capable SIM card from Smart or Globe then enjoy high speed internet from both telcos.

Lastly, the Cherry Mobile Cosmos S2 comes with 16GB of on-board storage and an Aluminum build to protect its delicate hardware. There’s no word on battery capacity although it does have a battery saver feature.