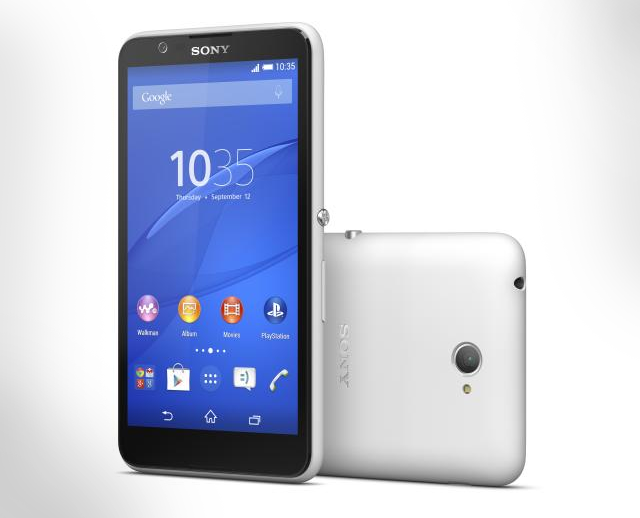 Sony just launched a new entry level smartphone dubbed as the Xperia E4. It’s aimed at consumers who would like to own an Xperia device but constrained by his/her budget.

There are two version of the Sony Xperia E4 – a single SIM and dual SIM version. Both have 3G HSPA+ connectivity.

However, its 5-inch screen is not an HD panel. Instead, it has a resolution of 540 x 960 Pixels only. It does have a scratch resistant glass layer while a 2MP selfie camera resides above it.

Its MediaTek MT6582 chipset is composed of a 1.3GHz quad core CPU and a dual core Mali-400 GPU. A whole gigabyte of RAM joins in to improve multitasking.

The Sony Xperia E4 comes with 8GB of internal storage plus a microSD card slot. There are only two color options though – black and white.

Sony boasts a 2-day battery life for the Xperia E4 but we doubt this when it comes to real life usage. It has a 2,300mAh battery with a Battery Stamina power saving mode.

Also, Sony lists the OS version of the Xperia E4 to be Android 5.0 Lollipop but its promo videos shows that it is running on Kitkat. We’ll update this once Sony clears this up.