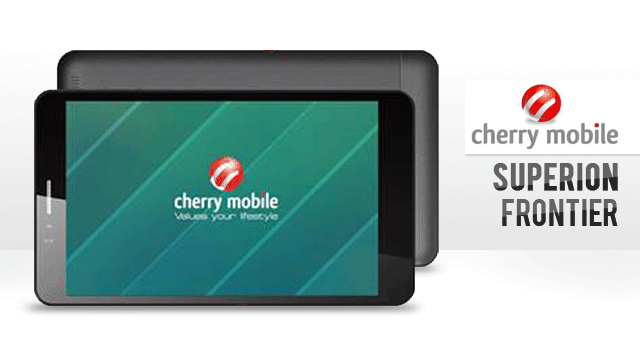 Cherry Mobile Superion Frontier is definitely made for hard core gamers with its 1.7GHz octa core processor and 2GB of RAM. Android 4.4.2 Kitkat should also give this tablet a very smooth user interface.

There’s also 16GB of onboard storage plus 64GB can be added using a microSD card. That’s more than enough for your game files and movies!

It’s also interesting to see an 8MP camera on a tablet. Just like what I said with the recently launched Apple iPad Air 2, I’m not a fan of taking pictures using a tablet – it’s too awkward.

Anyway, the Cherry Mobile Superion Frontier also has a 2MP front facing camera that you can use for skype-ing or taking selfies.