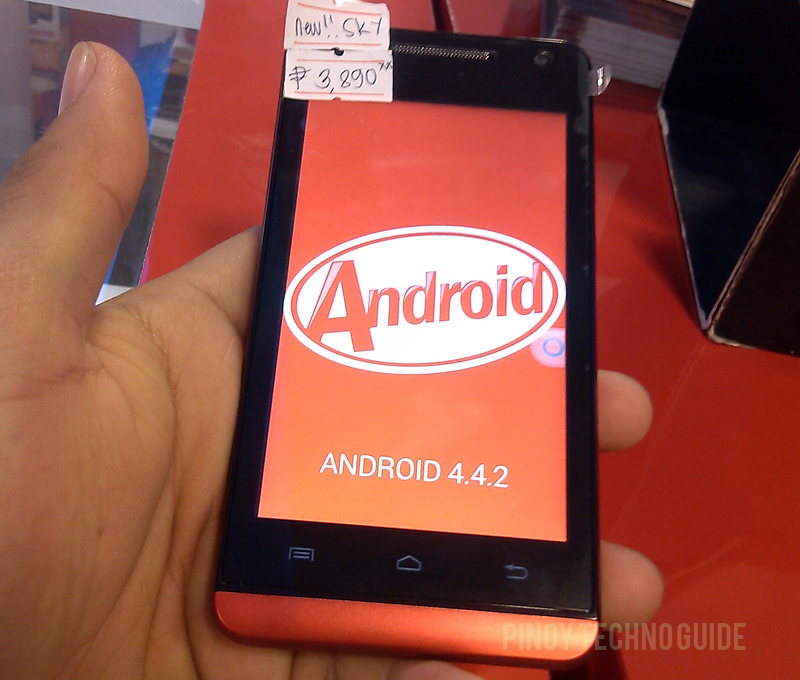 As if that’s not enough, Starmobile Sky also has double tap to wake feature just like the LG G2! However, it only has 512MB of RAM which is fine with the Kitkat OS but makes hard core games lag.

Inside the Starmobile Sky, a 1.3GHz quad core MediaTek MT6582 processor powers the device with a dual core Mali400-MP2 graphics processor. Together with the 512MB RAM, this makes Starmobile Sky smooth for normal use and casual gaming.

The 4-inch display has IPS technology and a resolution of 800 x 480 pixels. This means a wider viewing angle and colors doesn’t fade when the Starmobile Sky is tilted too much. Despite the low resolution, the small screen ramps up the pixel density to 233 PPI which makes graphics clear and crisp.

On the plus side, Starmobile Sky comes with an 8MP main camera with a backside illuminated (BSI) sensor for high quality photos even in poorly lit situations. It also has a VGA front camera.

Another good thing with the Starmobile Sky is its dual SIM and dual 3G feature. This means both SIM slots can connect up to a 3G HSPA+ network.

Moreover, Starmobile Sky has multi-point gestures and call and text filtering in addition to the double tap to wake feature. These might look like marketing tactics at first but Filipinos like to show off and look cool sometimes.

The Starmobile Sky has an official suggested retail price of ₱3,890 and comes with a 1,600mAh Li-ion battery.