The Huawei Y9 Prime 2019 is a smartphone launched during several roadshows in the Philippines on July 1, 2019. It features a motorized pop-up selfie camera, dual-tone color scheme, and triple rear cameras. 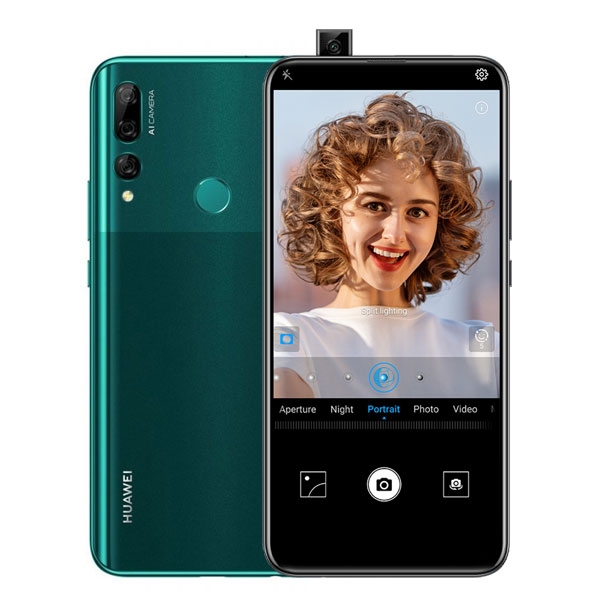 The Huawei Y9 Prime 2019 with its selfie camera in action.

The motorized pop-up camera has a resolution of 16 Megapixels and results in a notch-less FullView display. It automatically pops-up when taking a selfie and retracts when the camera app is closed.

Meanwhile, the triple rear camera array is composed of a 16 Megapixel main camera, 8 Megapixel ultra-wide camera and a 2 Megapixel depth sensor for bokeh effect. Of course, it has AI features for automatically enhancing images based on the scene.

The Huawei Y9 Prime 2019 has a large 4,000 mAh battery but the charging speed of the bundled charger is 5V/2A only. It uses a USB Type-C port though.

For security, the device has a fingerprint sensor at the back while Face Recognition is disabled perhaps to reduce strain on the pop-up mechanism.

The pre-order period for the device is from July 5 to 12, 2019. Freebies for those who will pre-order include a Bluetooth speaker worth ₱1,790. Here’s a list of stores that offer the pre-order promo for this smartphone.

It is now available in Huawei stores, authorized dealers, and online shops.

Daniel Gubalane - I am a tech enthusiast who likes to review gadgets and organize smartphone specs sheets to create a helpful website for smartphone buyers.
Facebook • Instagram