The Department of Justice issued an advisory to telecommunications companies against unlimited 3G internet promos that are eventually throttled down to snail paced 2G when a certain amount of data is used by the subscriber. Dec 12, 2014 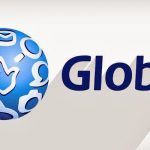