BY Daniel Gubalane ON Mar 22, 2022
Meet the Samsung Galaxy A03 smartphone!

The Samsung Galaxy A03 is a budget-friendly smartphone that boasts a large 6.5-inch display, 48 Megapixel dual-camera system, and a large 5000mAh battery.

It comes in three storage configurations with the most affordable version priced at ₱5,490 only. I’ve been using the 4+64GB version (₱6,490) for several weeks and this is my full review.

The Samsung Galaxy A03 has 2.5D front glass and slightly curved edges on the back. This makes it feel slimmer than its 9.1mm thickness but has a slight heft tipping the scale at 196 grams.

Its back material, camera bump, and frame are all plastic with a cross-hatched pattern at the back. The power and volume buttons are on the right side, the SIM card tray is on the left, and the micro-USB port and 3.5mm audio jack are at the bottom.

The 6.5-inch LCD has a resolution of 720 x 1600 pixels or HD+, 270 PPI pixel density, and a small “Infinity-V” notch. It’s a common screen type at this price range with basic color quality and contrast.

It supports 10-point multi-touch input and has sufficient brightness for indoor use. However, it looks very dim under bright sunlight. 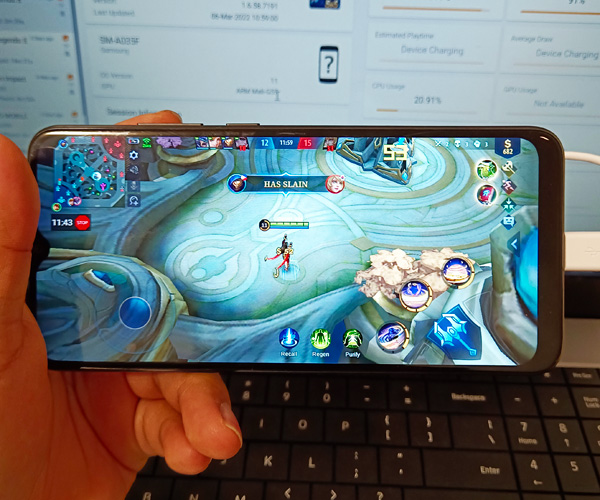 The Samsung Galaxy A03 is powered by a Unisoc SC9863A chipset and either 3GB or 4GB of RAM. Of course, more RAM means better performance.

It felt laggy with noticeable frame drops and jankiness even when trying to take down jungle creeps. Setting the graphics quality to the lowest option results in a better average frame rate of 59 fps with 98% stability. 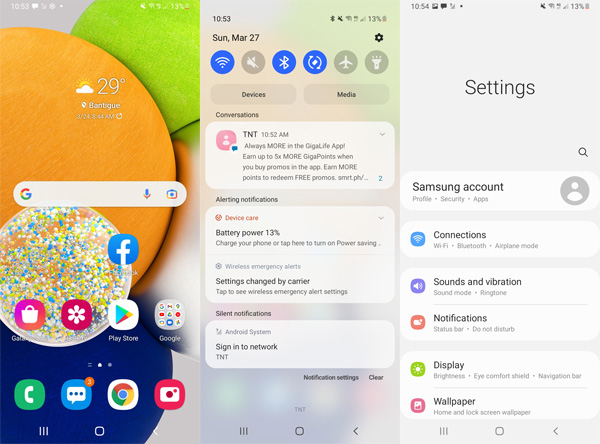 In terms of general performance, the Samsung Galaxy A03 takes about a second to fully load Facebook and 1.5 seconds for YouTube. This is fine if you’re used to budget phones but can be frustrating if you’ve been using a mid-range smartphone.

Scrolling is decent for the price but there are lags every so often. Watching a video or reading an article will have no hiccup but once you watch another video or swipe to another webpage, stutters happen.

Thankfully, the One UI Core 3.1 software looks neat and clean with improvements in usability. 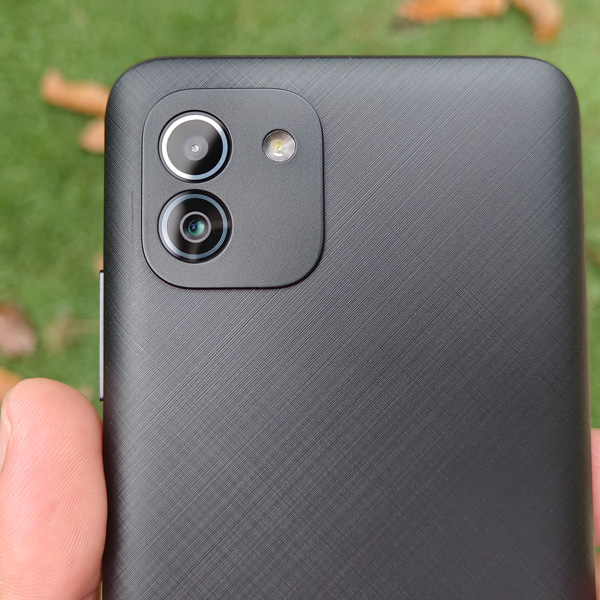 There’s a 48MP + 2MP dual-camera setup at the back of the Samsung Galaxy A03. The high-resolution camera seems promising on paper but there’s a lot to improve in the resulting images.

The pictures taken by the 48MP camera are bright and detailed but there’s a tendency to overblow the bright portions of the images. This results in pictures that look pale with muted colors.

It’s a similar story for the selfie camera. The best way to capture selfies using the device is to look for good lighting – one that’s not too dim but not too bright either.

The Samsung Galaxy A03 is a dual-SIM smartphone with 4G LTE connectivity. It has decent mobile internet speed in areas with good cellular coverage.

Voice calls sound clear through the earpiece but the loudspeaker is underwhelming. There is a free set of earphones inside the box and it sounds okay.

One thing that’s missing on this device is a fingerprint scanner. It supports Face Unlock but a physical fingerprint sensor would have been more secure and convenient. 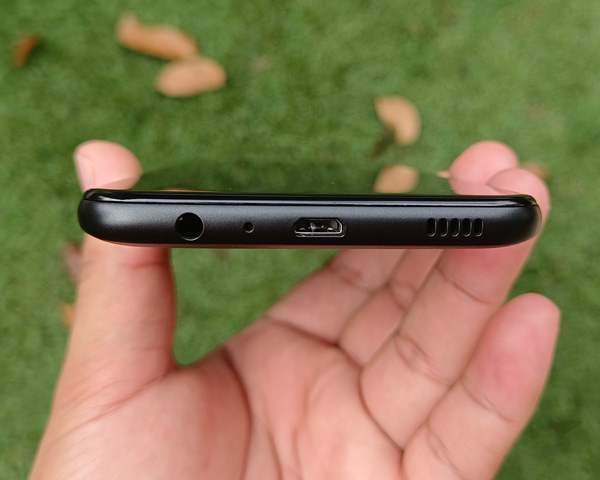 A large 5000mAh battery powers the Samsung Galaxy A03 and it can easily last up to two days with normal usage on a single charge.

However, re-charging the device from 0% to 100% takes about 3 hours. That’s a long time because the bundled charger is rated at 10W only.

It also uses a micro-USB 2.0 port for charging instead of the more modern USB Type-C port. 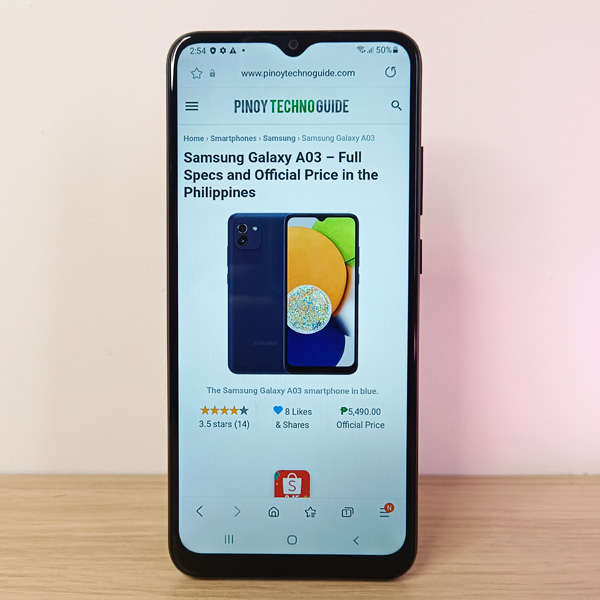 PTG on the Samsung Galaxy A03

At ₱6,490, the Samsung Galaxy A03 is a decent smartphone. It’s enough for light social media usage and online classes.

However, its cameras need improvement and the gaming performance has nothing surprising to offer as a budget smartphone. Mobile Legends is playable with the lowest graphics quality but I can’t recommend playing games like Call of Duty or PUBG on this smartphone.

Its long battery life is a nice perk but the very long charging time negates the advantages. 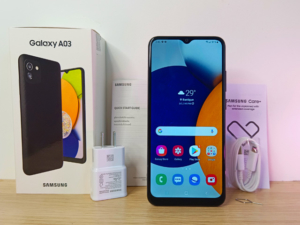 The Samsung Galaxy A03 is a decent smartphone, enough for light social media usage and online classes.