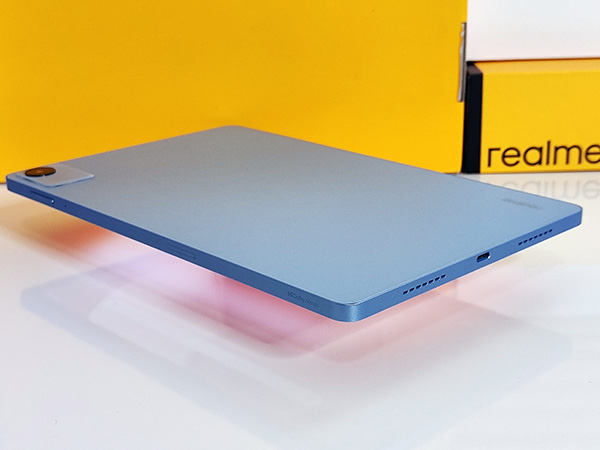 The flat sides of the realme Pad X.

Power and volume buttons of the realme Pad X.

The realme Pad X has a boxy design with flat sides and back panel for a trendy aesthetics. It’s light enough for a tablet with a large screen at 499 grams and a slim profile at 7.1 mm.

It has a matte texture that prevents smudges and fingerprints while the bezels are narrow for aesthetics but with enough space for the thumbs to rest on while using the tablet.

There’s a symbol on one side of the device where the realme Pencil can magnetically attach and re-charge. However, it’s quite difficult to find these accessories in stores including the realme Smart keyboard. 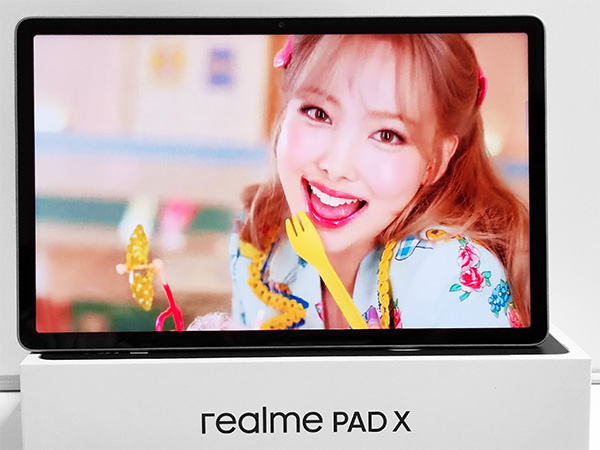 The 10.95-inch display is the biggest selling point of the realme Pad X.

Its large size makes it immersive for watching videos, playing games, and browsing social media on the go. It has natural-looking colors and is bright enough for outdoor use but not under direct sunlight.

It can also get comfortably dim at night thanks to DC Dimming and low blue light emission with TÜV Rheinland certification. 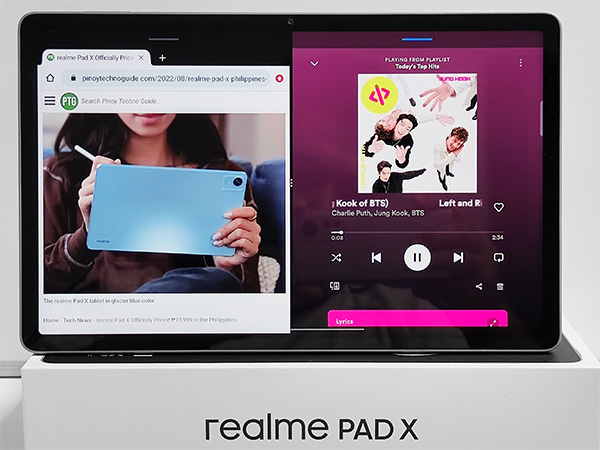 The realme Pad X is also equipped with stereo quad speakers – two on each side in landscape mode.

This makes it even more immersive with good quality audio especially for watching your favorite series on Netflix and vlogs on YouTube. Gaming also gets a boost with great spatial audio cues and decent sound quality.

Listening to music is already good when using the speakers but earphones provide a better experience with Dolby Atmos. 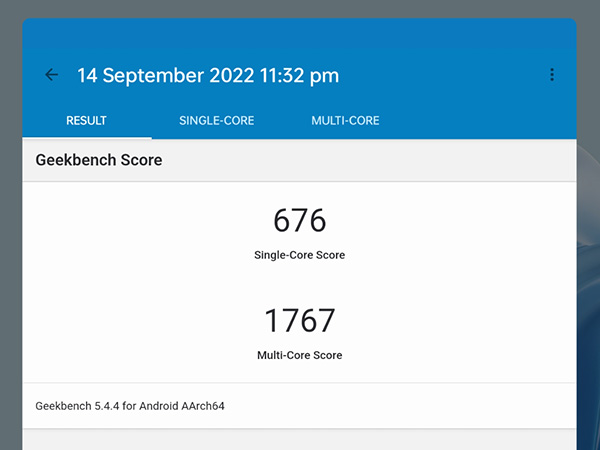 The realme Pad X is powered by a Qualcomm Snapdragon 695 chipset with 6GB of RAM.

It performs smoothly when opening apps, scrolling across social media, watching videos, and switching between different apps. Even the split-screen and floating window modes work without any noticeable lagging. A higher screen refresh rate would have made it more fluid though. 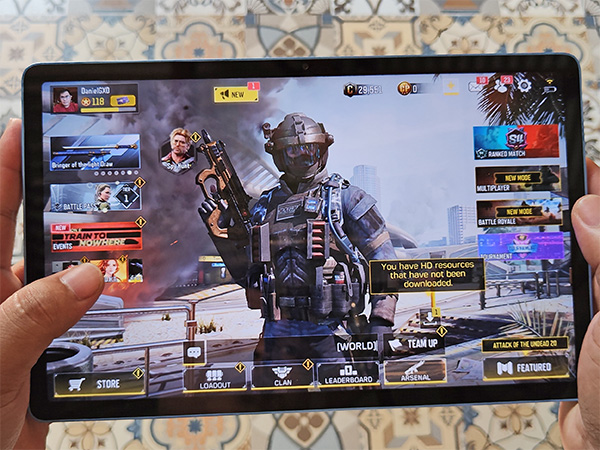 Call of Duty Mobile on the realme Pad X.

While playing, I measured the average framerate in FPS using GameBench Pro. Here are the results:

Both Mobile Legends and Call of Duty Mobile scored a perfectly smooth framerate of 60fps while playing on high graphics quality. Genshin Impact runs at low graphics quality by default but still playable at 38 fps. 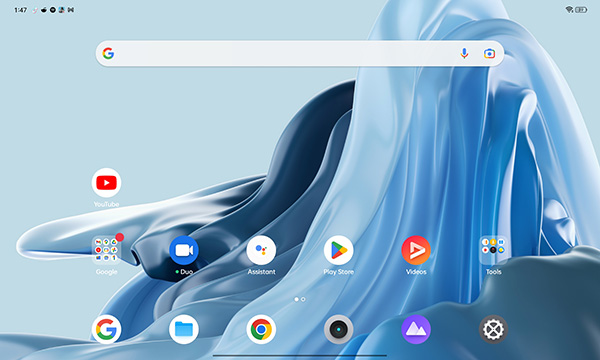 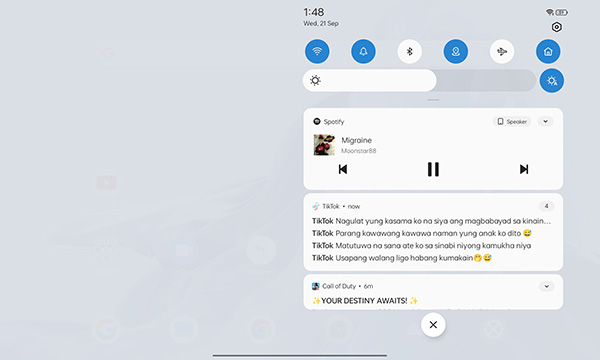 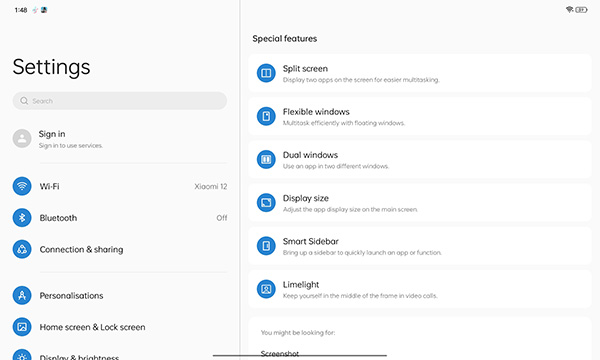 The realme Pad X comes with Android 12 OS out of the box with the realme UI 3.0 for Pad user interface. It looks neat and clean with no bloatwares and unwanted UI ads.

It also has optimizations for the tablet form factor such as split-screen, floating windows, dual windows, smart sidebar, and automatically adjusting an app to support landscape mode.

It’s pre-loaded with Google Kids Space so it can be used safely by children with parental support. 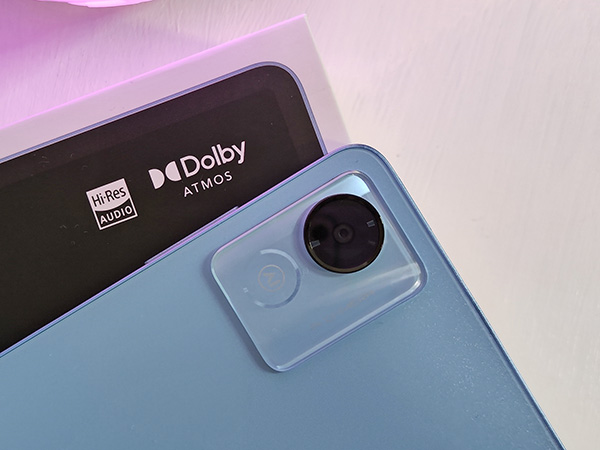 Its rear camera can produce decent-looking pictures in well-lit scenes. Outdoor pictures have sufficient quality for sharing on social media but it can use some improvements in image processing to make colors more vibrant, sharper details, and better dynamic range.

However, low-light pictures are grainy with pale colors. 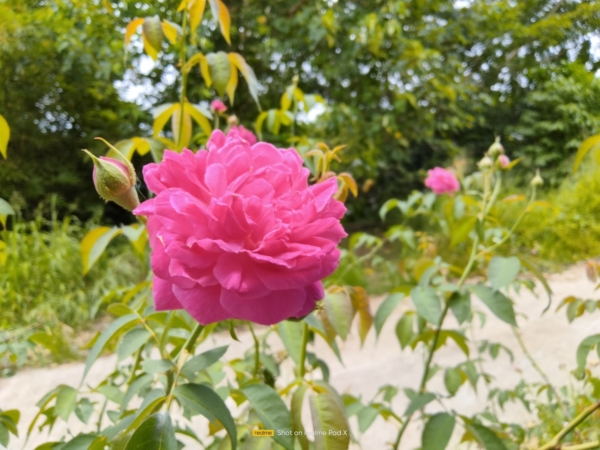 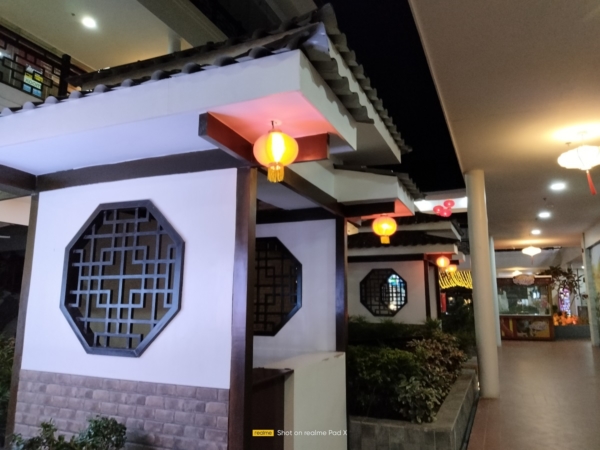 The front camera also take good-looking selfie pictures both outdoors and indoors. There’s graininess in low-light shots but it usually looks better than pictures from the rear camera.

It also has the auto follow feature called Limelight that simulates pan and zoom to keep the subject in the center of the frame during video calls.

It’s smooth and effective but only works with Zoom and Google Meet as of publishing this review. 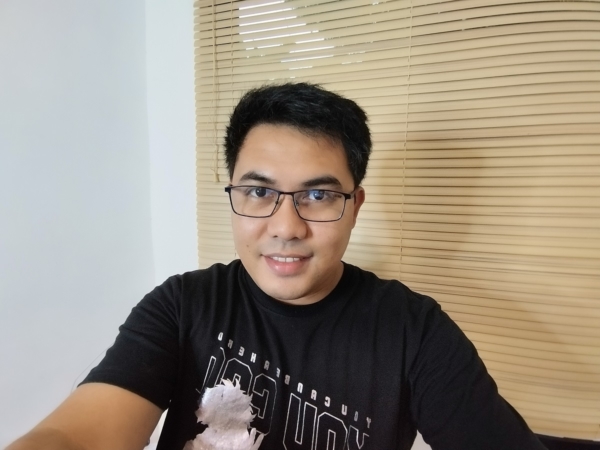 There’s a 5G version of the realme Pad X but only the Wi-Fi version is currently available in the Philippines.

The audio output of the realme Pad X’s loudspeakers is already sufficient for most use cases but if earphones are preferred, it can only accept USB Type-C wired earphones or wireless ones.

There’s no fingerprint scanner too. Security can be handled by the front camera with its Facial Recognition or a PIN and pattern. 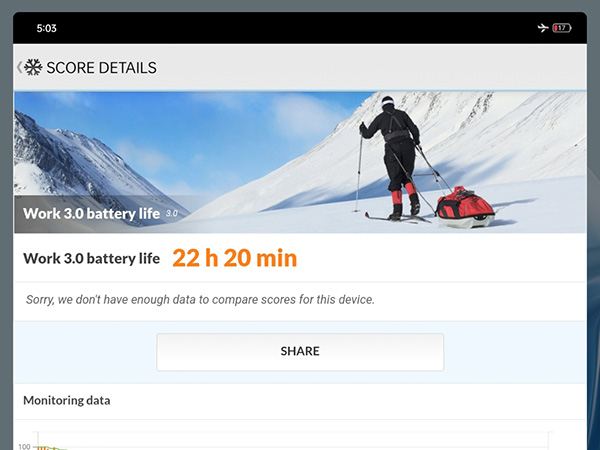 A massive 8,340mAh battery powers the realme Pad X. It can last two days with my normal tablet use.

This long battery life is confirmed with its PCMark Battery Life Test 3.0 score of 22 hours and 20 minutes! It’s the highest score among devices that I have reviewed. As usual, I conducted the test with airplane mode turned on and screen brightness set at around 50%. 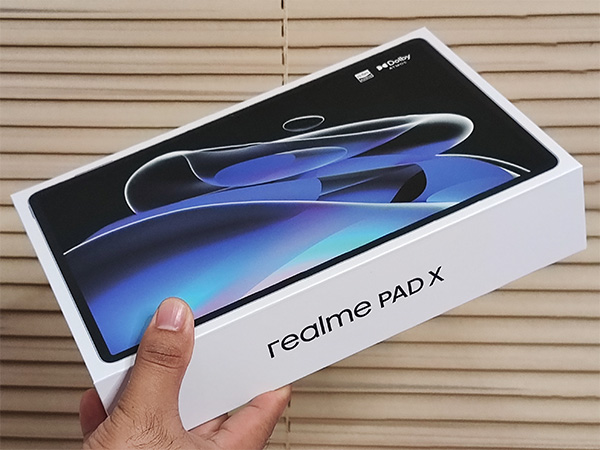 The realme Pad X is a good tablet in the mid-range price range. It has a large display, modern design, decent performance, good front camera, decent sound quality, and a long-lasting battery.

However, its rear camera is underwhelming and it’s hard finding accessories like keyboards and stylus.

Nevertheless, I still recommend the realme Pad X for users who do a lot of social media browsing, binge watching, and video conferencing. 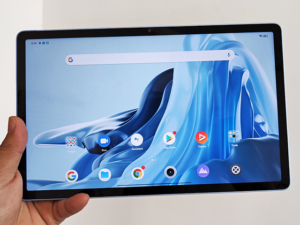 The realme Pad X is a mid-range tablet that features a 10.