Once again, realme claims to disrupt the midrange smartphone segment in the Philippines with the new realme GT Master Edition! It’s a premium-looking smartphone with a sports car sounding name and several industry-leading features at an enticing price tag.

It boasts a unique design, speedy processor, high-quality display, 5G connectivity, and ultra-fast charging. However, some of these features caused issues and certain “nice-to-have” features are totally absent. Here’s my full review of the realme GT Master Edition. 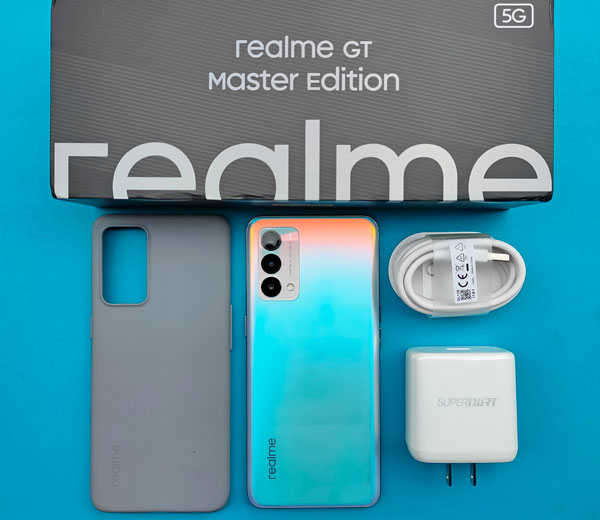 What I like about the realme GT Master Edition:

What I dislike about the realme GT Master Edition: 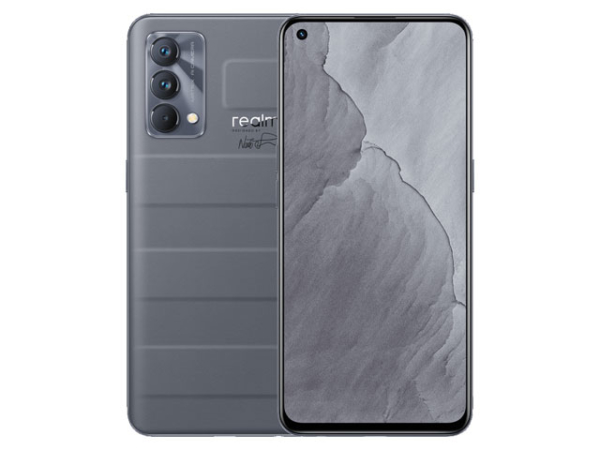 Daybreak Blue has a more traditional design with glass on the front and at the back. The back glass panel has curved edges for ergonomics and a pearly gradient color scheme. It’s surrounded by a chrome-finished polycarbonate frame that looks like stainless steel found in more expensive smartphones. 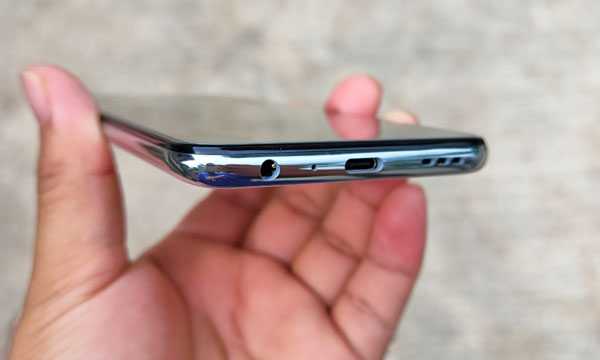 Meanwhile, the Voyager Gray version has a vegan leather back which is an uncommon material even in flagship smartphones. It’s designed by Japanese artist Naoto Fukasawa and looks like a suitcase with embossed horizontal grids that realme claims as its “boldest design for fearless explorers”. 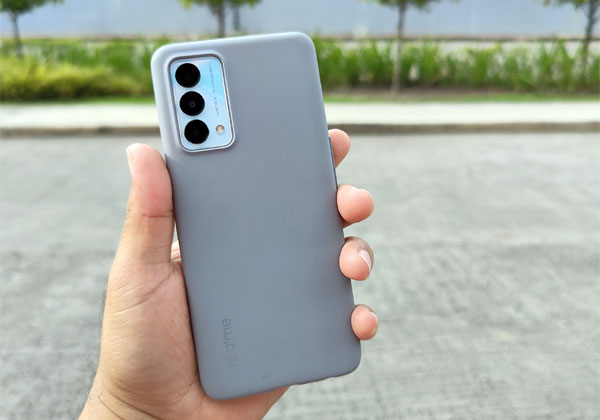 If it doesn’t suit your style, the Daybreak Blue might be a better fit. It’s slightly thinner and it can also emulate the design with its bundled gray phone case while keeping the phone protected. 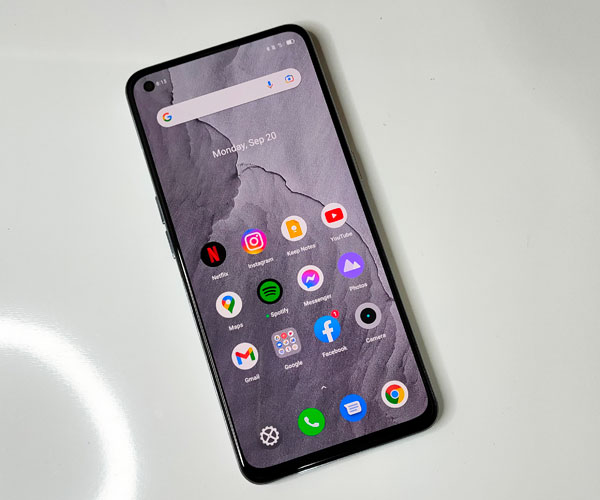 The Samsung-made 6.43-inch Super AMOLED display of the realme GT Master Edition has an FHD+ resolution or 1080 x 2400 pixels and a pixel density of 409 ppi. It’s a high-quality display with sharp details, vibrant colors, and adaptive brightness for good legibility outdoors and HDR video playback.

It also has a 120Hz screen refresh rate which makes animations and transitions feel smoother. This feature has the biggest impact in making the device feel like a flagship smartphone with its snappy user interface and smooth scrolling.

However, the feature can be battery hungry so it needs to be adjusted automatically. There are options in the Settings to keep it on all the time or let the device identify the best refresh rate for the active app.

There are also several display features that I found useful such as Always On Display and Edge Lighting. AOD displays the clock and some notifications on the screen while it’s turned off with several beautiful themes while Edge Lighting serves as a pretty notification light by lighting the edge of the screen in subtle hues. 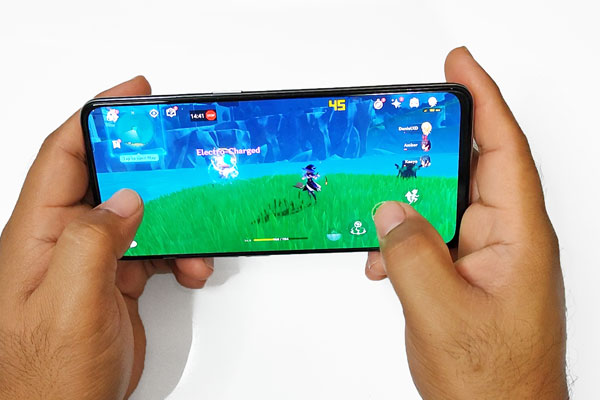 The realme GT Master Edition uses a Qualcomm Snapdragon 778 5G chipset with 8GB of RAM and an additional 5GB of extended RAM.

It’s a powerful setup that breezes through different benchmark apps. It scored 766 points on Geekbench 5 single-core, 12,555 points on PCMark Work 3.0, and computes 1 million digits of Pi (π) in 1.69 seconds on the RealPi benchmark. These scores are higher than the POCO X3 Pro and on par with the Exynos-powered Samsung Galaxy S20.

In terms of gaming performance, the realme GT Master Edition achieves high frame rates when playing some of the most popular mobile games. When set to high graphics quality, it runs both Mobile Legends and Call of Duty at a perfect 60 FPS without any noticeable warming. 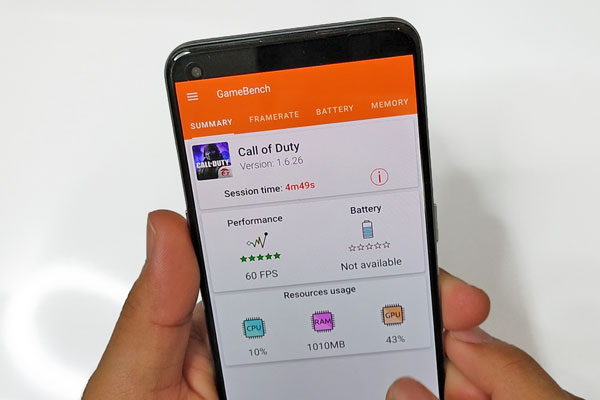 Frame rate of Call of Duty Mobile on the realme GT Master Edition.

Meanwhile, PUBG Mobile runs at 40 FPS in high graphics quality and 60 FPS in low graphics quality. Genshin Impact can push the device to its limit with an average frame rate of 41 FPS. This can be increased to a smoother 51 FPS by turning on the phone’s high-performance GT Mode at the expense of a slightly increased temperature.

The realme GT Master Edition provides gamers a smooth gaming experience, especially with resource-intensive games. Since there is still limited support for a 120Hz refresh rate in mobile games, it mostly makes a difference in the user interface and other apps.

Its Snapdragon 778G chipset doesn’t have the same performance as the Snapdragon 888 chipset of true flagship smartphones but it delivers a smooth experience in apps that truly matter. Social media apps work smoothly, switching from one app to another is snappy, and popular mobile games are lag-free. 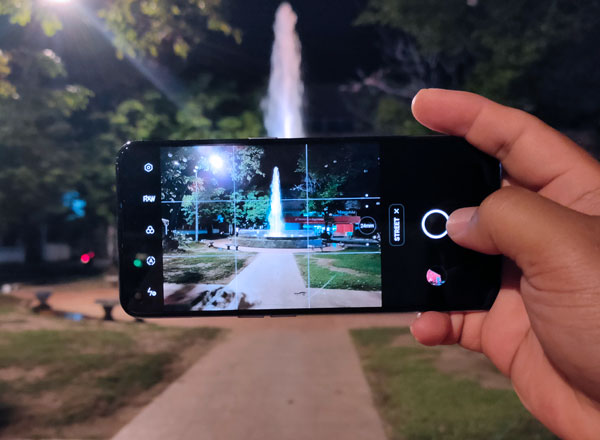 Its camera app is simple to use but with many extra features that photography-inclined users can explore. The AI feature can be enabled and the device will determine the best enhancements based on the scene.

Here are some sample pictures from the realme Master Edition’s rear cameras: 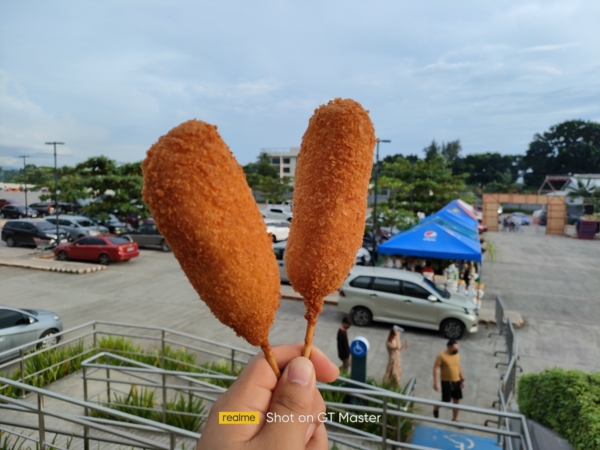 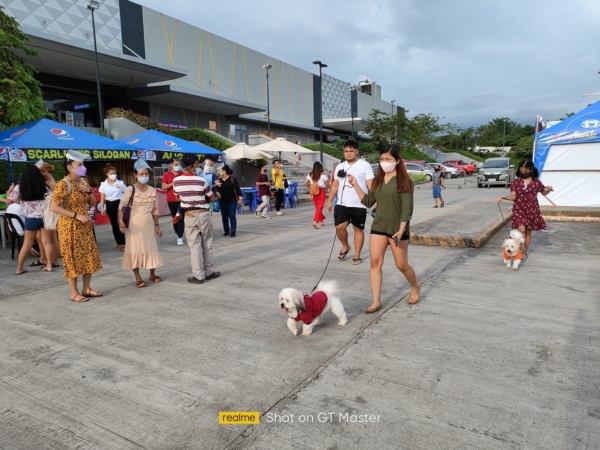 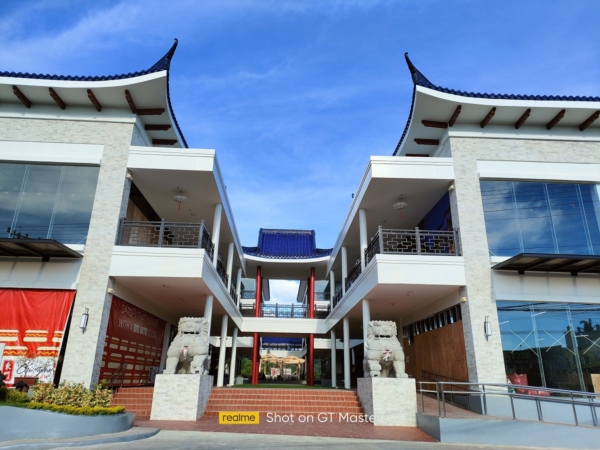 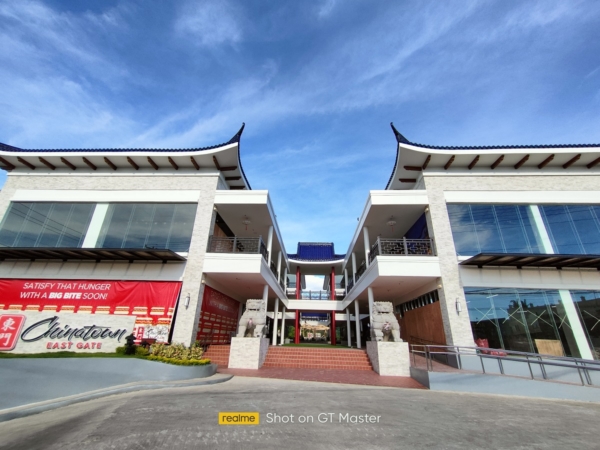 The realme GT Master Edition has a very capable set of cameras. It can produce good-looking pictures of people, food, pets, gardens, and other subjects in well-lit scenes with balanced colors, sharp details, and a wide dynamic range.

Its ultra-wide camera can also produce landscape or cityscapes with decent sharpness although highlights tend to be overblown.

There’s also a new shooting mode called Street Mode that can be triggered by double-clicking the volume down button. It can quickly take a picture which is useful for street photography when moments can be fleeting. 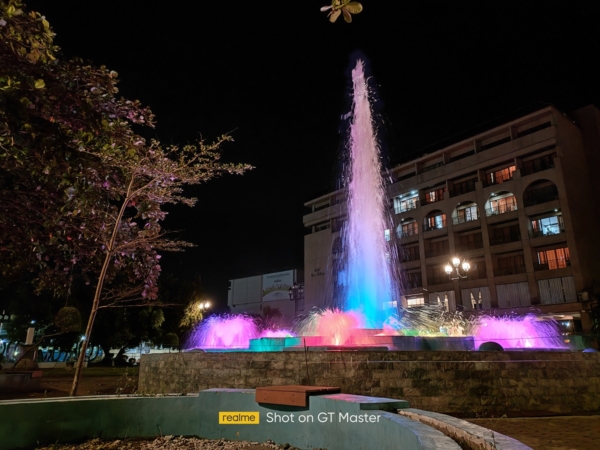 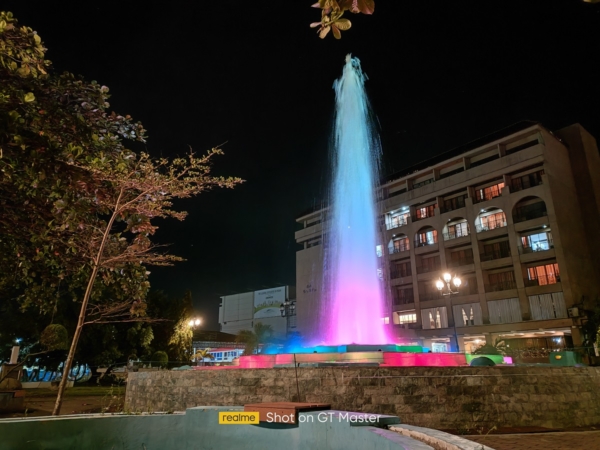 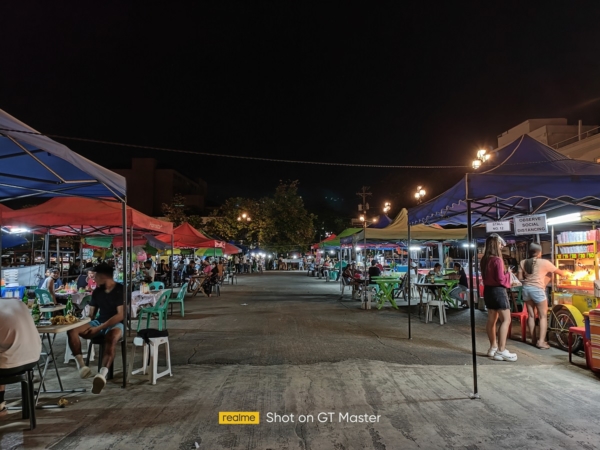 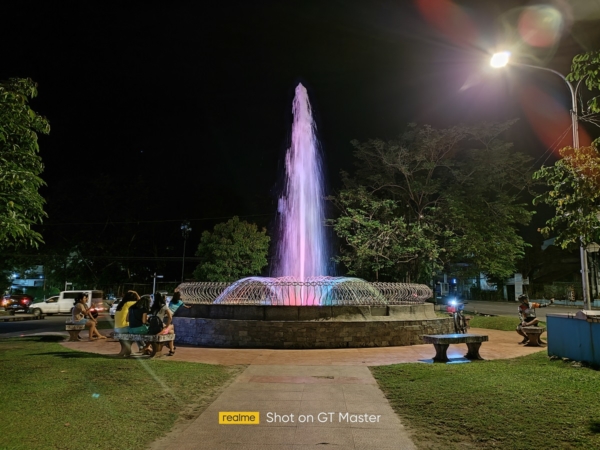 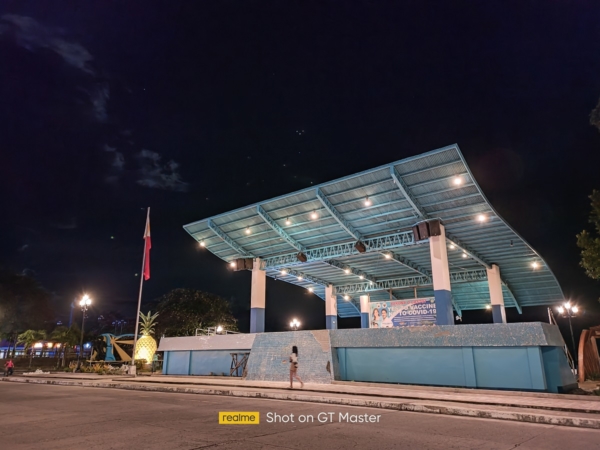 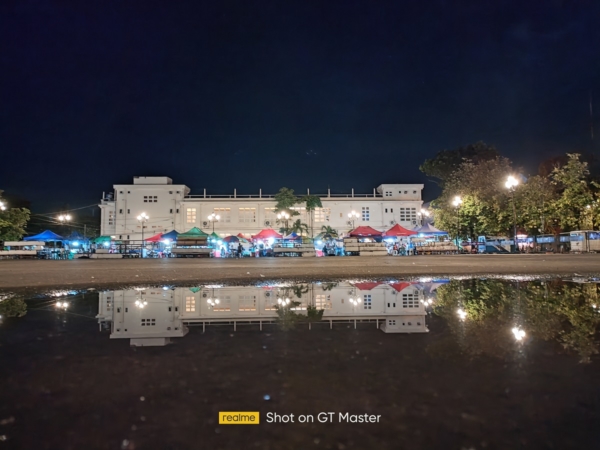 The realme GT Master Edition can also shoot bright, detailed, and colorful low-light pictures. When the AI feature is turned on, the resulting pictures already look good but the dedicated night mode produces even better pictures with about 3 seconds of processing time.

However, night-time pictures can have reflections or glare when there are bright spots in the subject such as street lights. This can be annoying or add character to the photos.

Here are some sample videos using the same rear cameras:

The realme GT Master Edition’s video recording capabilities aren’t as impressive as its still picture performance. It can shoot up to 4K videos but the quality is average at best.

It has an electronic stabilization called Ultra Steady but it’s not as effective as optical image stabilization.

Let’s move on to the 32 Megapixel selfie camera. Here are some sample selfies: 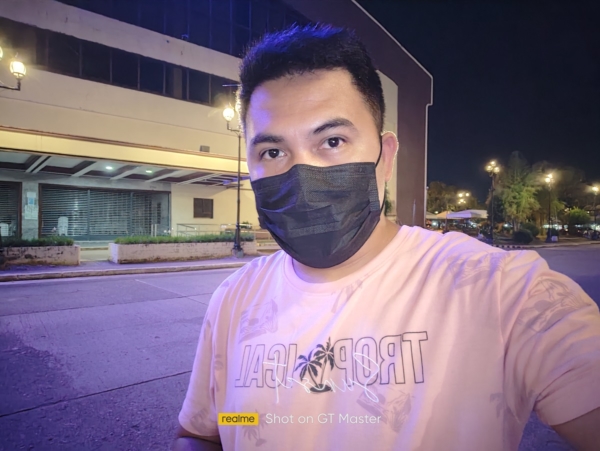 The realme GT Master Edition takes good-looking selfies both in low-light and well-lit scenarios thanks to the screen acting as a fill light during the night.

Its beautification feature needs to be reigned in though. If set at around 10% only, the resulting reduction in blemishes can enhance selfies but anything more than that and selfies look fake.

It can also be a good vlogging smartphone because it can produce good-looking selfie videos even in low-light scenes. 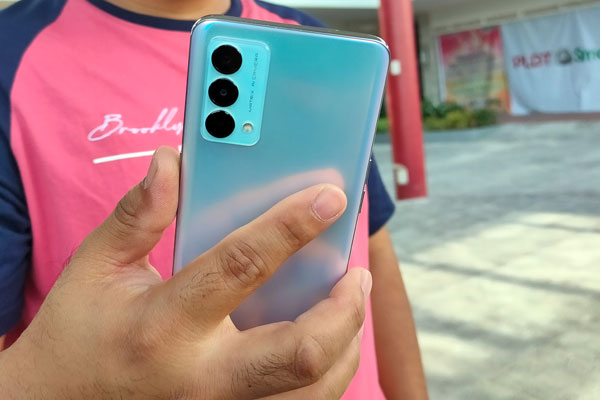 The realme GT Master Edition can connect to 5G networks for ultra-fast mobile data speeds. Since Smart’s 5G coverage has already expanded to my home city of Ormoc, I was able to enjoy speeds of up to 264 megabits per second!

It can also connect to dual-band Wi-Fi networks, use VoLTE for calls, and take advantage of NFC.

Voice calls sound clear on the phone’s earpiece while its loudspeaker does its job well. However, it doesn’t have stereo loudspeakers and the one that it has can sound underwhelming when listening to music. Thankfully, it still has a 3.5mm audio jack for connecting high-quality earphones. 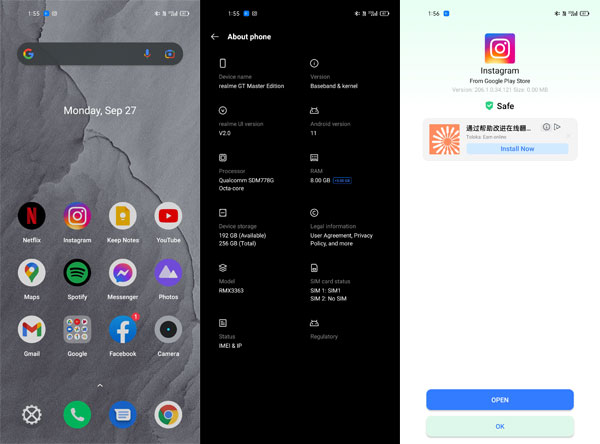 The realme GT Master Edition runs on Android 11 OS out of the box with realme UI 2.0. The user interface is neat and clean but there are several pre-installed apps and built-in promotions.

Some of these can be uninstalled or disabled but I like to keep the Soloop app for video editing and Clone Phone is useful for migrating from an older phone. The interstitial-like security check after installing apps from the Google Playstore can be irritating though.

For security, the device has an under-display fingerprint scanner that works well. It’s fast and fairly accurate in identifying my fingerprint. There’s also a Face Unlock feature that uses the front camera for additional convenience. 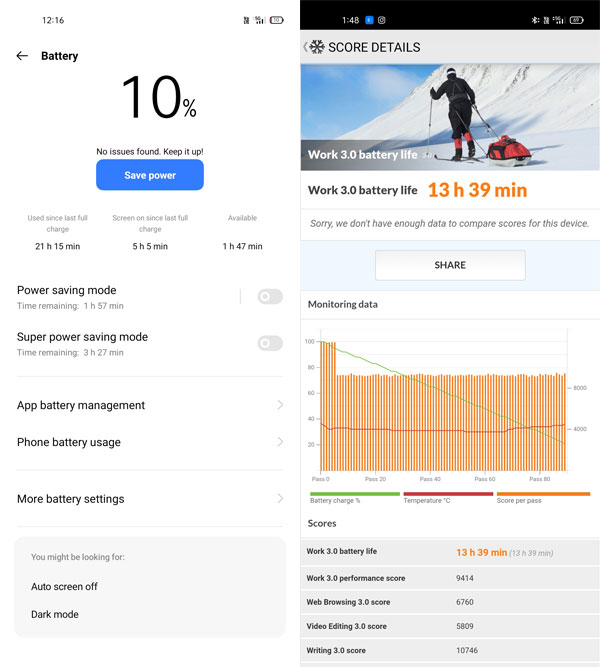 A 4,300mAh battery powers the realme GT Master Edition. It’s enough to keep the device alive for a day of casual usage but may need re-charging when used heavily. Its high screen refresh rate and 5G connectivity are the most power-hungry features.

I usually get 5 hours of screen on time when the phone hits 10% battery capacity. It also lasted 13 hours and 39 minutes in the PCMark battery life test with airplane mode turned on and screen brightness set at 50%.

It may only have an average battery life but the charging speed is insane – it can recharge from 0% to 100% in 33 minutes only! The phone uses a dual-battery setup that supports 65W SuperDart fast charging technology without drastic effects on safety. 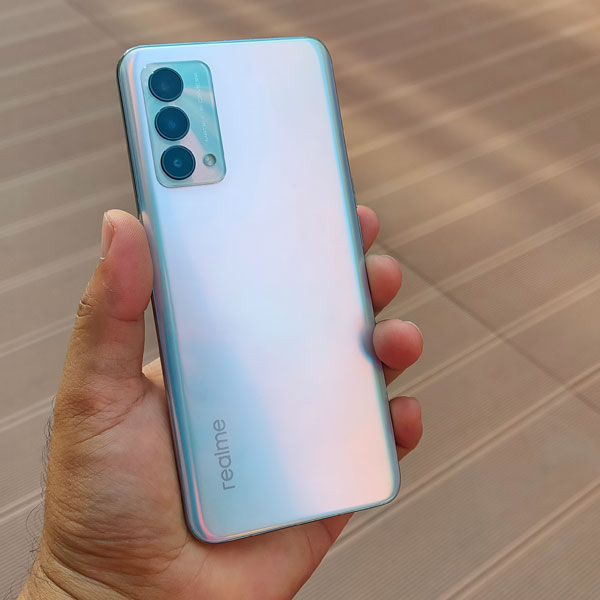 However, I still wouldn’t call it a true disruptor. It just focused on the aspects of a smartphone that truly matter – performance, design, cameras, charging speed, and price.

It lacks a dedicated zoom camera nor wireless charging, its loudspeaker sounds mediocre, and battery life can be improved. Nevertheless, it’s a bang for the buck given its gaming performance for the price. Its street and night photography modes also churn out great pictures.

The realme GT Master Edition will be an enjoyable smartphone for many users and I highly recommend it. 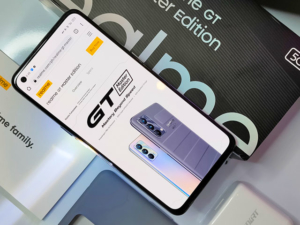 The realme GT Master Edition focused on the aspects of a smartphone that truly matter – performance, design, cameras, charging speed, and price.