The realme C11 is a budget-friendly smartphone meant to meet the needs of students for online learning now that we are facing the “new normal”.

I’ve tested this device for 3 weeks and here’s my full review. It includes a look at the design, display, performance, cameras, connectivity, and battery life. 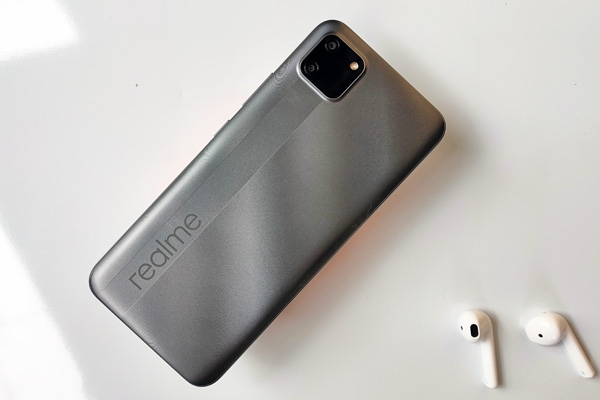 The back of the realme C11.

The realme C11 has a polycarbonate or plastic body but it feels solid and sturdy with no creaks nor loose parts.

Its back has the trendy square camera module but there are only two cameras there. A smooth band runs vertically from the camera module while the rest of the back cover has a texture that prevents smudges and fingerprints.

Both the power and volume buttons are on the right side of the device which is a bit unusual for realme smartphones. The SIM card tray is on the left while a 3.5mm audio jack, micro-USB port, and loudspeaker grille are at the bottom. 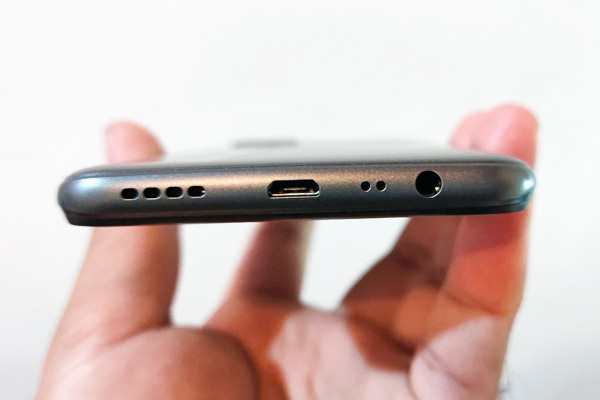 Bottom ports of the realme C11.

The phone’s large 6.5-inch display occupies most of the front panel with narrow bezels except for a small chin. There’s a small notch at the top for the selfie camera but it’s not too distracting.

The screen itself doesn’t get very bright but the colors are decent. It’s an IPS LCD panel with HD+ (720 x 1,560 pixels) resolution and 20:9 aspect ratio. The tall format of the screen keeps the device handy while providing a bigger screen real estate. It supports up to 10 multi-touch inputs and feels responsive enough to swipes and taps.

Overall, the realme C11 is a well-built budget smartphone with some interesting design choices and a screen that does the job. 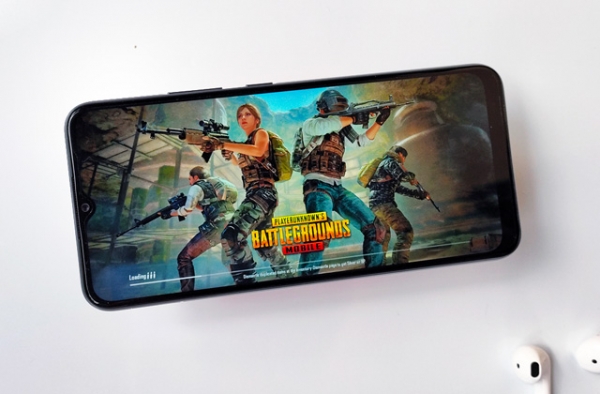 PUBG Mobile on the realme C11.

The new MediaTek Helio G35 chipset powers the realme C11 along with 2GB of RAM and Android 10 OS with realme UI on top.

I can’t say it has good performance because there are lags when opening apps or switching from one app to another. However, we can’t really ask too much for this price.

It’s sufficient for video conferencing, browsing social media, a little bit of gaming, and other education-related tasks. The user just needs some patience and not expect a superb performance out of this device.

When it comes to gaming, the realme C11 can run Mobile Legends with high graphics quality at 55 fps. The perfect frame rate is 60 fps, so this is decent. However, I recommend playing at low graphics quality to prevent frame drops.

Here’s another comparison of the realme C11’s score in the RealPi benchmark compared to other smartphones:

RealPi Benchmark measures the time it takes for a smartphone to compute 1 million digits of the mathematical constant Pi (π). Shorter times mean faster performance. Download the app on Google Playstore to compare your current smartphone’s score.

The realme C11 is equipped with a 13MP + 2MP dual rear camera system and a single 5MP selfie camera on its display notch. 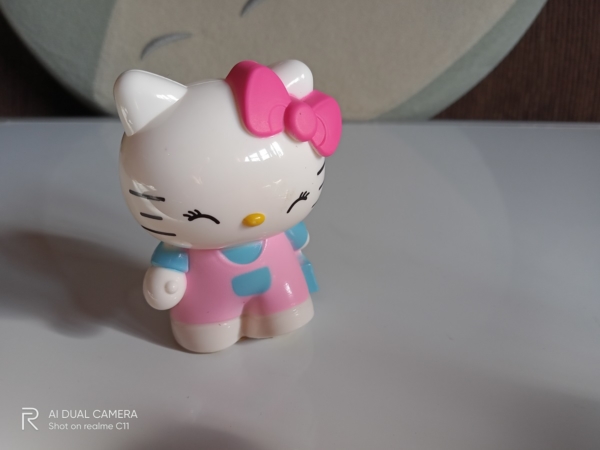 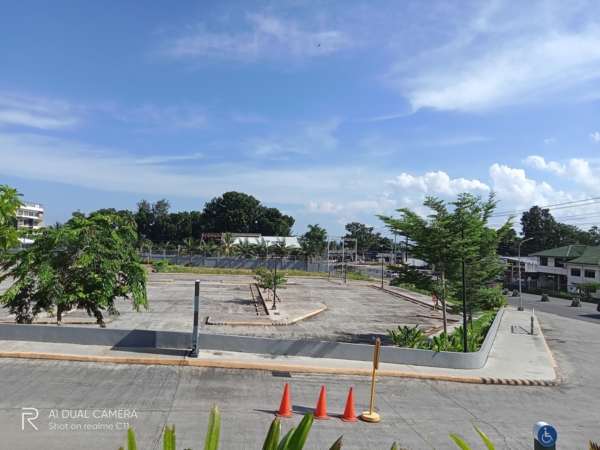 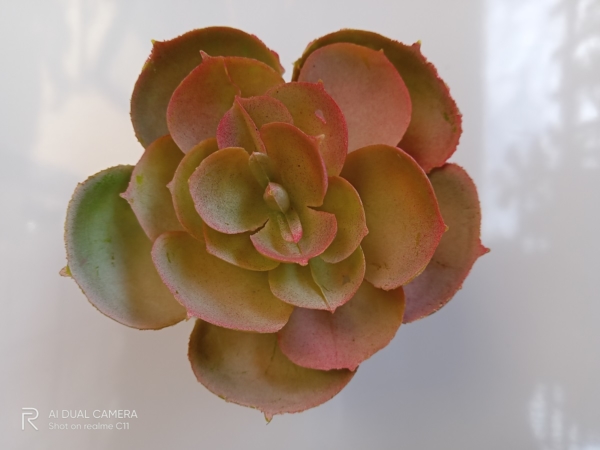 It can produce decent pictures in well-lit situations. The colors look natural but the sharpness falls off when zoomed-in even slightly.

There’s a dedicated Night Mode on the phone’s camera app and it helps a lot in taking pictures at night. It’s not as amazing as more expensive smartphones but it’s good enough. 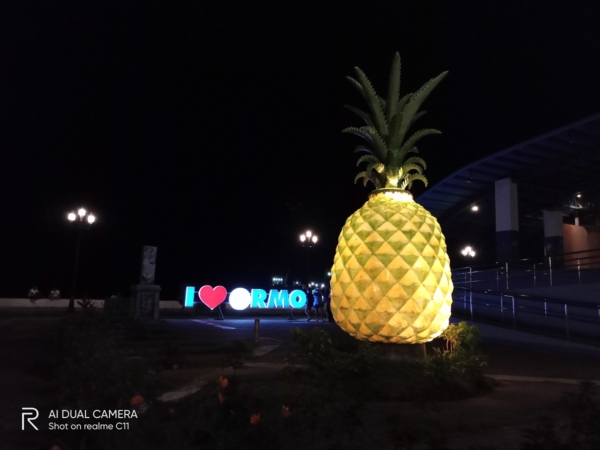 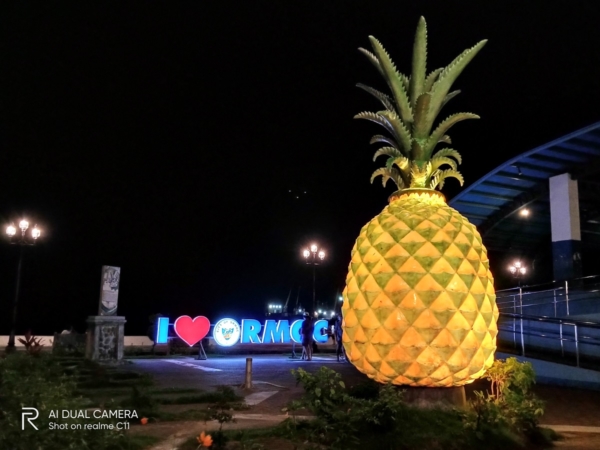 Meanwhile, selfies from the realme C11 are slightly disappointing. It’s usually not very sharp but the skin tone still looks good. Make sure to take selfies at arm’s length for sharper selfies.

The realme C11 is a dual-SIM smartphone with 4G LTE connectivity. It can provide a decent mobile internet speed as long as there’s a good 4G signal in the area.

It’s Wi-Fi connectivity isn’t as reliable though. I can feel the difference between browsing on this device versus another smartphone on the same Wi-Fi network.

Furthermore, there’s no fingerprint scanner on the realme C11. The user has to rely on optical face unlock or the old PIN code/pattern for security. 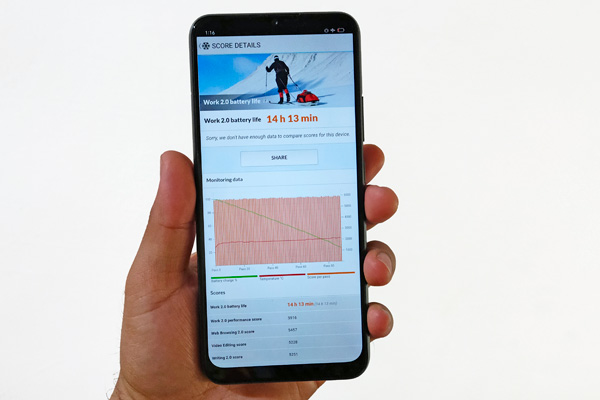 A built-in 5,000mAh battery powers the realme C11. It scored an impressive 14 hours and 13 minutes on the PCMark Battery Life Test 2.0.

The test simulates a continuous heavy usage of the device with airplane mode turned on and screen brightness set at 50%. This is one of the highest scores I’ve seen among the smartphones that I have reviewed.

In real-world usage, the device is usually left with about 30% to 40% of battery capacity after a day of being my main smartphone.

Meanwhile, recharging the realme C11 using its bundled charger takes around 2 hours and 45 minutes to reach 100% battery capacity. It’s understandable that it requires a long time to recharge since it has a huge battery. 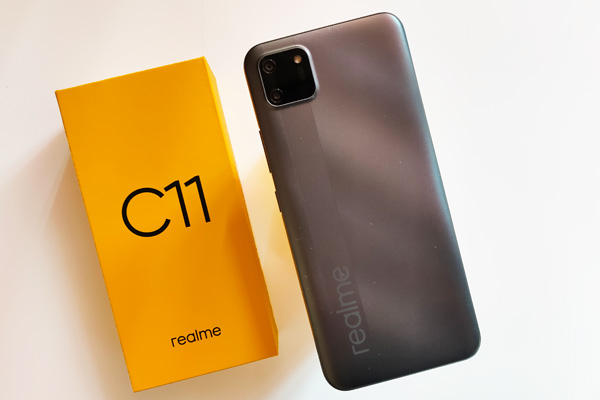 The realme C11 and its box.

My favorite features of the realme C11 are its large display, long-lasting battery, and textured back cover design.

Is it a good smartphone for online learning? It will suffice (with some patience) if you’re tight on the budget.

However, I would advise looking at the brand’s other offerings that have better performance such as the realme C3 and realme 6i. You may view our realme PH price list here. 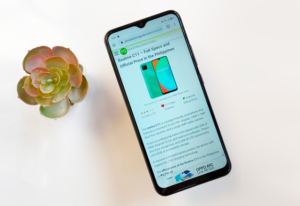 The realme C11 has a large display, long-lasting battery, and interesting design but a sluggish performance.