My first impression upon seeing the Huawei GR3 2017 smartphone is that it’s a gorgeous phone for its price. Several weeks of using it also made me appreciate its smooth performance, good cameras and superb battery life.

The phone has a few minor issues that I’ll talk about below but it’s definitely one of the best smartphones you can buy for less than 10k this year. Backside of the Huawei GR3 2017 smartphone.

The Huawei GR3 2017 has both glass front and back panels with 2.5D curved edges. It’s puzzling but the transition from glass to the faux metal sides is smoother here compared to more expensive phones like the OPPO F5 and ASUS Zenfone 4!

I also like the lack of a camera bump at the back making it smooth and ‘professional looking’ with just the fingerprint sensor punctuating the flat back.

However, it’s a fingerprint magnet just like other glass clad phones. It’s not very bad but you’ll definitely want to wipe it every now and or just use the free phone case. One selling point of the Huawei GR3 2017 is its display – a 5.2 inch IPS LCD screen with full HD resolution. It’s clear, crisp and just stunning. It’s a joy to watch videos, read on the go and play games on this very responsive touchscreen.

I’m not too crazy with wanting my screens very bright but some people might want this screen to be brighter. It maxes out at around 450 nits which is lower than the 502 nits of the iPhone 5S. Nevertheless, its blacks are comparable to an AMOLED display which makes me double check its display technology.

The size is just enough for me to enjoy consuming multimedia content and not too large for it to become unwieldy. Its bezels are narrow at the sides too which further aids in making it a sleek phone. It also has 3GB of RAM and an EMUI 5.0 software running on top of Android 7.0 Nougat. It operates smoothly with just a few minor hiccups when too many apps are running on the background. This can be easily fixed by clearing the recent apps. Benchmark scores and RAM status of the Huawei GR3 2017.

Gaming performance is good with heavy games such as NBA 2K16 as well as casual games like Drive Ahead. Mobile MOBA games like Mobile Legends Bang Bang also run smoothly even on the highest graphics settings.

However, the 16GB internal storage can be a disadvantage for gamers since heavy games will eat this up. Hence, a microSD card is essential for storing photos and videos. 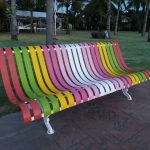 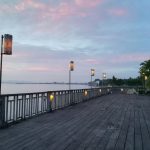 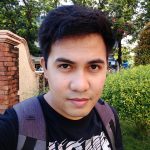 For photography, the Huawei GR3 2017 has a 12 Megapixel main camera at the back that does its job alright. Pictures have good color reproduction and decent dynamic range with no over saturation.

Outdoor photography in daylight is enjoyable and you’ll produce mostly good photos. However, more effort is required when shooting indoors or with artificial lighting. The single LED flash is enough for night shots with the subject up to 2 meters away.

Meanwhile, an 8 Megapixel front camera takes care of selfies. It defaults to beauty mode with good results for women but I prefer the sharp selfies with no beautification.

At night, the selfie camera can still take shareable photos but it takes more effort. Look for a better lighting or let the screen flash add some needed ambient light. The Huawei GR3 2017 is a dual SIM smartphone with 4G LTE connectivity. I tested this with Globe’s 4G network and got decent speedtest results in the city. It has no 4G only option though and will drop down to 3G or 2G when the signal is bad.

It also has Wi-Fi, Bluetooth and support for USB OTG for transferring files or adding mobile peripherals. Music listening on the Huawei GR3 2017 is better experienced through earphones. The free earphones provided in the box sounds good enough but it’s not the in-ear type. Its loudspeaker can produce good audio for voice calls but it lacks bass.

Its fingerprint sensor unlocks the phone swiftly and the placement at the back is convenient to reach with the pointer finger. Meanwhile, it has a gyroscope which means it can support interactive VR and AR apps. Battery life is one of the major advantages of the Huawei GR3 2017. It’s equipped with an embedded 3000mAh battery but it feels like it has more!

On minimal use, the phone can easily last a day and a half. My usual heavy usage still leaves the device with above 20% battery life at night even with using its hotspot function during the day.

Great battery life comes at a slight sacrifice though. Charging the device from 0 to 100% takes around 2 hours and 50 minutes using the bundled 5V/1A charger. Using a fast charger won’t improve the charging time too since it can’t accept a larger current. 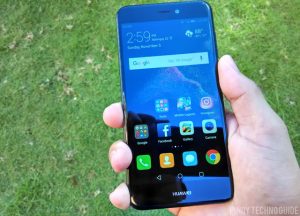 The Huawei GR3 2017 is a good looking smartphone with decent performance, good cameras and great battery life for the price.