Watch the unboxing of the narzo 50i Prime. It’s a very affordable smartphone that features a 6.5-inch HD+ display, 13MP camera, UNISOC T612 processor, and a 5000mAh battery.

During my unboxing, I discovered that the device comes in a barebones package with no FREE phone case nor charger in the box. 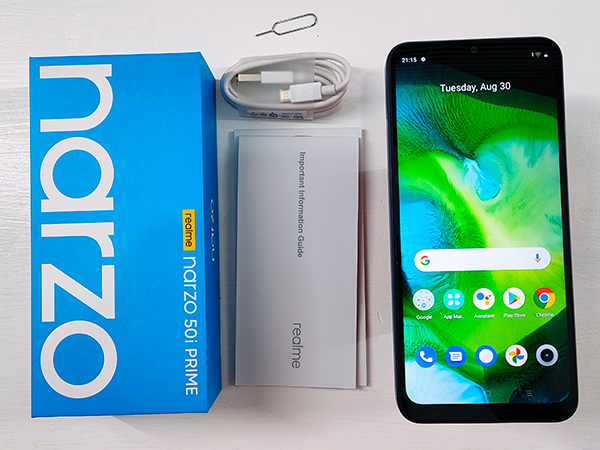 Contents of the narzo 50i Prime.

Nevertheless, it surprised me when it comes to performance. It’s quite smooth and responsive probably due to its realme UI R Edition software which is specifically optimized for entry-level smartphones.

I also tested its gaming performance while playing Mobile Legends and Call of Duty Mobile using GameBench. It ran ML at 59 fps and COD at 30 fps.

If the video above doesn’t work, try this one:

UP NEXT: narzo 50i Prime Full Review!