The realme 7 smartphone is powered by the MediaTek Helio G95 gaming chipset with 8GB of RAM and has a 90Hz display. 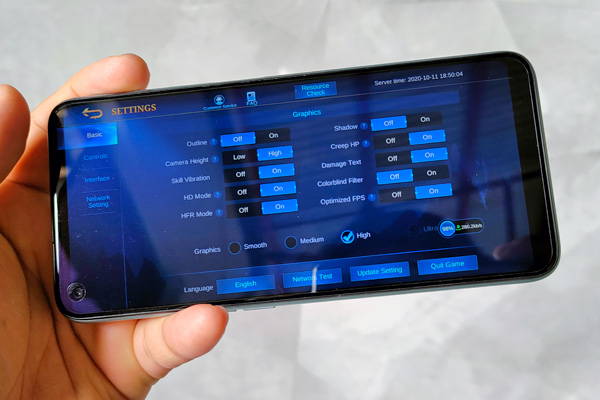 Mobile Legends on the realme 7.

I played Mobile Legends on the realme 7 with the new update. It supports up to HIGH graphics quality and high frame rate (HFR) mode is available.

After a match, GameBench Pro reported an average frame rate of 59 FPS. That’s not quite perfect but the gaming experience is generally smooth. There might be some lags but they are very few and far between.

Call of Duty on the realme 7.

Compared with the realme 6, its predecessor, the realme 7 performed excellently in running Call of Duty Mobile. 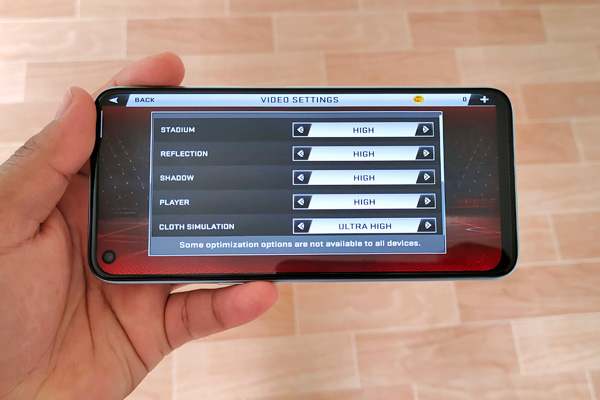 The default video settings of NBA 2K20 on the realme 7 are mostly HIGH including the players, shadows, and stadium.

With these settings, the device got an average frame rate of 52 FPS. This already feels perfectly smooth when playing offline.

Since NBA 2K20 supports a 90Hz screen refresh rate, I tried reducing its video settings to LOW and conducted another test. This time, the device had an average frame rate of 69 FPS! 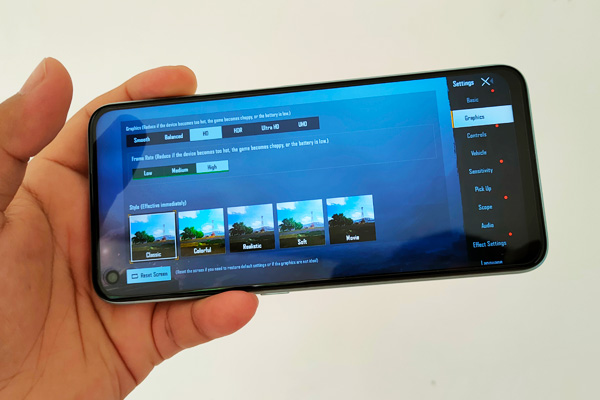 PUBG Mobile on the realme 7.

Despite the excellent performance of the realme 7 in Call of Duty Mobile and NBA 2K20, it still falls slightly short when it comes to PUBG Mobile.

It only supports up to HD graphics quality and HIGH frame rate preset. Hence, the average frame rate is limited to 30 FPS and that’s the result of the test.

To get 60 FPS, the device must support the EXTREME frame rate preset. In my review of the company’s realme X3 SuperZoom, this is present and resulted in an average frame rate of 59 FPS.

The realme 7 smartphone is a gaming powerhouse in its price range. It can run the most popular mobile games smoothly at near-perfect frame rates.

It has excellent performance while playing Mobile Legends, Call of Duty Mobile, and NBA 2K20 during my gaming tests. The PUBG Mobile performance is good but it’s limited to 30 FPS only.

This is the better choice for aspiring gamers and a necessary upgrade over the realme 6.

UP NEXT: realme 7 Full Review!