Home › Posts › Realme 5i Officially Launched in the Philippines; Price Starts at ₱6,990!

Realme 5i Officially Launched in the Philippines; Price Starts at ₱6,990!

Realme has officially launched the Realme 5i in the Philippines. It’s a budget-friendly smartphone with quad cameras, Snapdragon 665 chipset, and 5,000mAh battery.

This is essentially the same as the Realme 5 but with a different design that lessens smudges and fingerprints. It also has more built-in storage at 64GB but uses an 8MP selfie camera instead of 13MP. 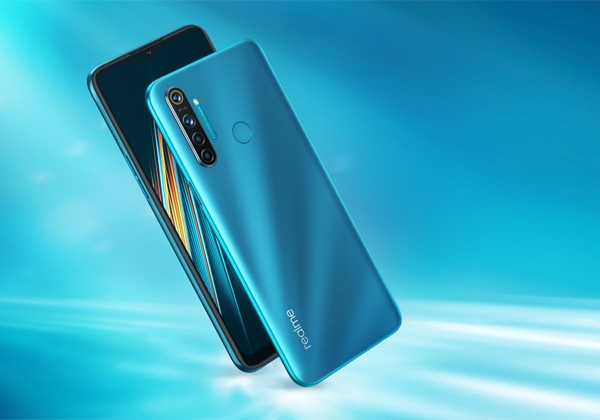 The Realme 5i in Aqua Blue color.

The Realme 5i smartphone has a 6.5-inch HD+ display with a small notch for its selfie camera and a quad-camera setup at the back. It’s composed of a 12MP main camera, 8MP ultra-wide camera, 2MP macro camera, and 2MP portrait camera.

It runs on a Qualcomm Snapdragon 665 chipset with a 2GHz octa-core CPU, 3GB of RAM, and ColorOS version 6.1 software. There’s 64GB of expandable storage, a fingerprint scanner, and 4G LTE connectivity.

The device is powered by a massive 5,000mAh battery with an estimated battery life of 30 days on standby, more than 19 hours of watching YouTube videos, or 9 hours and 20 minutes of playing PUBG Mobile.

Realme 5i Price and Availability 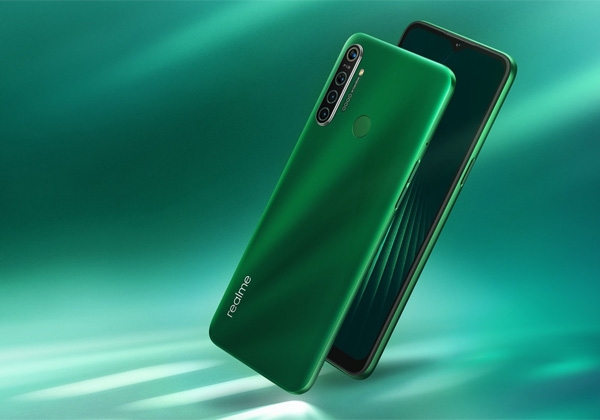 The Realme 5i smartphone in Forest Green color.

The official price of the Realme 5i in the Philippines is ₱6,990.00. It will be available in two colors – Aqua Blue and Forest Green.

It goes on sale starting on January 30, 2019, with a 12% discount on the online shopping platform Shopee.