OPPO A9 2020 Gaming Review with FPS Test and Temperature Measurements

After the OPPO A9 2020 unboxing video, it’s now time to test the phone’s gaming performance. I’m using GameBench to measure the average frame rate of each game. 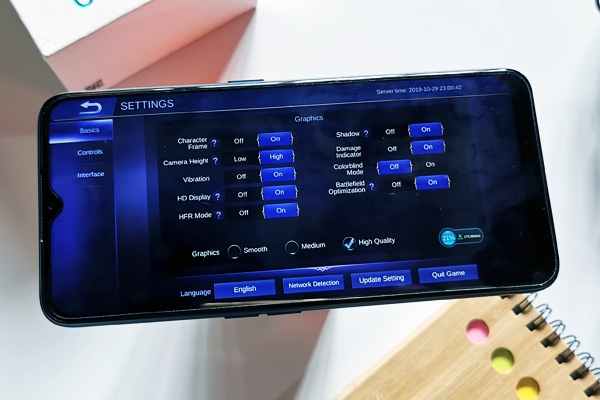 The first game I tested on the OPPO A9 2020 is the very popular Mobile Legends: Bang Bang. I set its graphics quality to high and turned on the other graphics features including character frame, high frame rate mode, and shadows.

After a ranked match that lasted for 12 minutes and 30 seconds, the average frame rate is a perfect 60 fps! Meanwhile, the temperature peaked at around 39.8°C during the busiest part of the game. 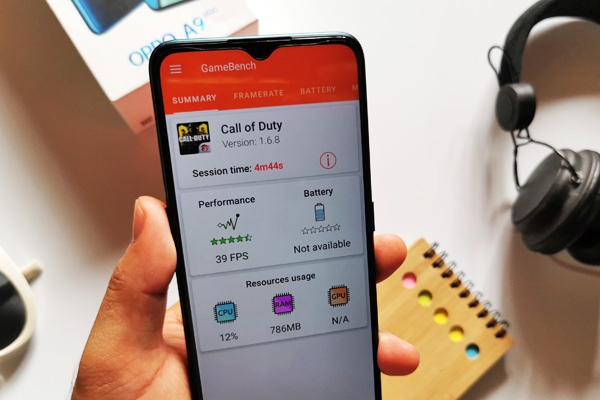 For the new Call of Duty Mobile game, I adjusted both the graphics quality and frame rate to very high.

Then, I played a single round of the Hardpoint game mode. The resulting average frame rate is 39 fps. Several frame drops were also noticeable throughout the game although it was still enjoyable.

The temperature slightly increased to 40.5°C after the game. 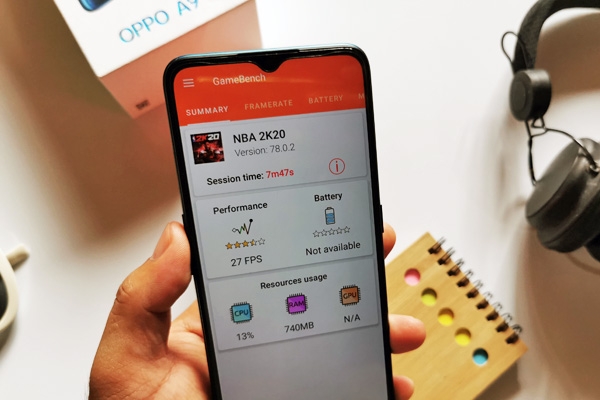 The last game I tested is NBA 2K20 with all its video settings set to the highest options except for Depth of Field. I always turn it off in my gaming tests.

The test lasted for almost 8 minutes with the average frame rate measured at 27 fps only. The game becomes laggy when several players are in the scene as well as during fast breaks.

Curiously, the temperature only rose to 39.5°C at one point in the game and the median temperature is exactly 39°C.

Here are the results of the gaming tests I conducted on the OPPO A9 2020 smartphone:

The OPPO A9 2020 smartphone that I reviewed came with a Gamer Starter Pack from Rockspace Philippines. Hence, I expected it to be a good gaming smartphone.

Yes, it can run Mobile Legends: Bang Bang at a perfect 60 fps so it’s very, very smooth. I also didn’t feel any abnormal heating on the smartphone while playing.

However, the OPPO A9 2020 struggles with more resource-intensive games like Call of Duty and NBA 2K20. The player has to reduce the graphics quality to medium or low to reduce lags and frame drops.