Aside from the Nokia 7.2, HMD Global also made the Nokia 2720 official in the Philippines with an official price of ₱4,790.

It’s a flip phone that supports 4G LTE connectivity allowing its owners to use Facebook, Whatsapp, and even the Google Assistant with great mobile internet speed. It’s just one step before being considered as a smartphone. 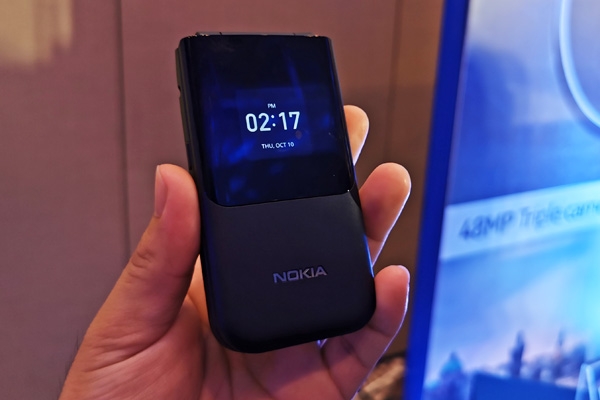 It runs on a new operating system called KaiOS with a Qualcomm 205 processor, 512MB of RAM, and 4GB of expandable storage. It also has Wi-Fi, GPS, Bluetooth, and a mciroUSB port.

The Nokia 2720 has a 1.3-inch outer display and a bigger 2.3-inch inner display. There’s also a 2 Megapixel camera with LED flash at the back. A removable 1500mAh battery powers the device.

It will be available in the Philippines by the end of October 2019.