Huawei recently held a Kirin 990 workshop where they talked about what’s new in the Kirin 990 chipset.

After the presentation, three smartphones running on three of the best mobile chipsets in the market today were tested side by side in their AI performance using the AI Benchmark app. 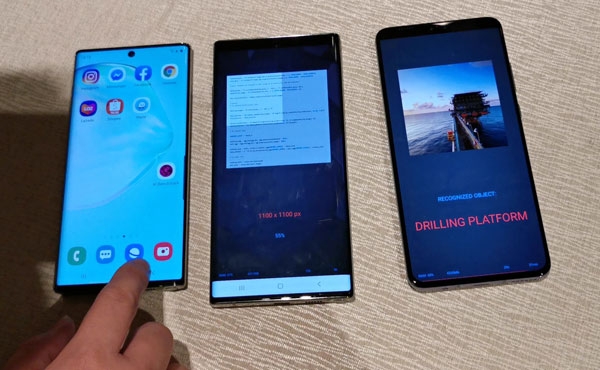 It took several tries to run the benchmark simultaneously.

The AI Benchmark app was launched simultaneously on all three devices with members of the media taking videos and pictures.

After almost 5 minutes of the test running, the scores were finally revealed. Here are the AI Benchmark scores of the Kirin 990, Snapdragon 855, and Exynos 9825: 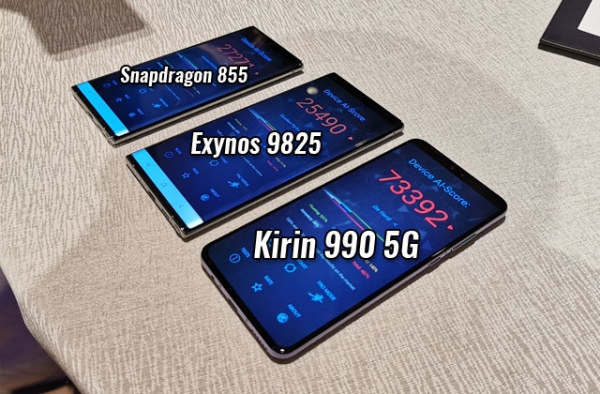 The AI Benchmark scores labeled with the corresponding chipset.

The Kirin 990 is clearly the winner by a huge margin. It almost triples the score of the Exynos 9825!

A big reason for the impressive AI capability of the Kirin 990 is its Da Vinci architecture. The chipset’s Neural Processing Unit is divided into a high-performance Big Core and a more efficient but low power Tiny Core.

The Kirin 990 powers the Huawei Mate 30 and Mate 30 Pro smartphones.