The OPPO A5s is the number 1 smartphone in Southeast Asia from April to June 2019. This is according to a report from marketing research firm Canalys.

The ranking is based on the number of shipments. The OPPO A5s accounts for 2.6 million smartphone units shipped according to the firm’s estimates. 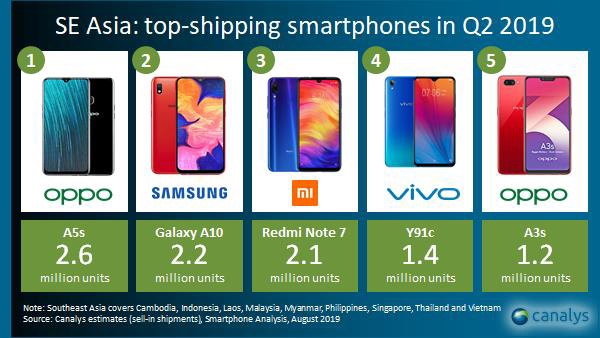 Top shipping smartphones in SEA according to Canalys.

In the same report, the firm revealed the top 5 smartphones in Southeast Asia as follows:

Top 5 smartphones in Southeast Asia in Q2 2019 based on a Canalys report.

The Samsung Galaxy A10 and Redmi Note 7 from Xiaomi are closely competing for the second position while the OPPO A5s comfortably holds the number 1 spot. On the other hand, the Vivo Y91c is having trouble shaking the one-year-old OPPO A3s.

These results reflect the same pattern that I see with my monthly rankings of smartphones based on pageviews except for the Redmi Note 7.

What makes the OPPO A5s great? 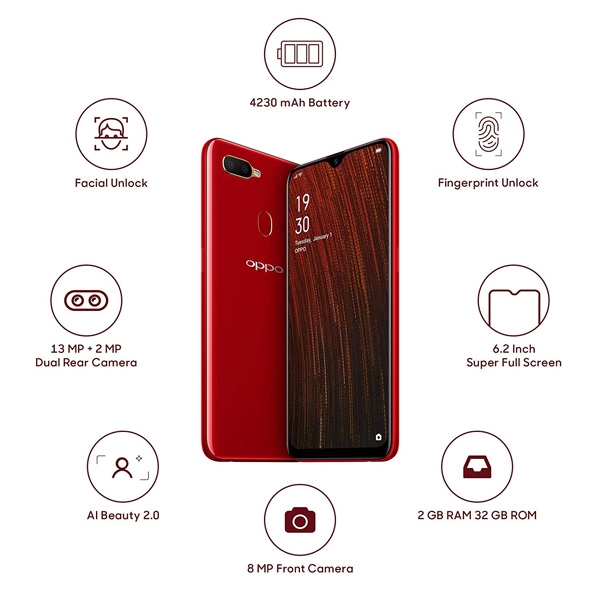 A highlight of the OPPO A5s features. Note that it comes with 3GB RAM in the Philippines.

It’s a combination of good specs and features in a budget-friendly price.