The Realme 3 is a budget gaming smartphone. Hence, it deserves an in-depth look at its gaming performance.

I tested how the device performed while running two of the most popular Android games today – PUBG Mobile and Mobile Legends. I used Gamebench to measure the resulting framerates and AccuBattery for the battery temperature.

Before we begin, take note that I used the Global variant of the Realme 3 since I’m in the Philippines. It’s powered by the MediaTek Helio P60 chipset with 4GB of RAM and 64GB of storage. 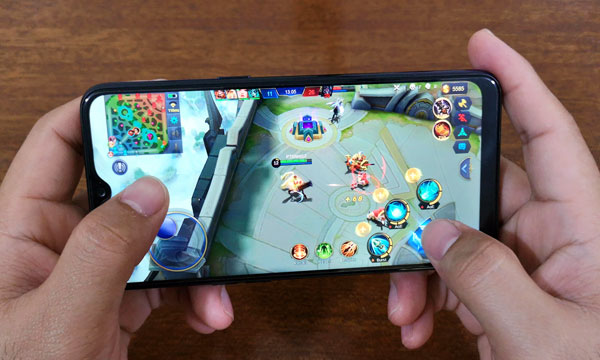 I started with Mobile Legends: Bang Bang. Of course, I entered a Rank game and set the game’s graphics quality to High and turned on its high framerate mode.

The results were amazing. The Realme 3 ran Mobile Legends at 58 frames per second and maintained a “cool” temperature of 39°C!

There is a base version of the Realme 3 that has the lowest price tag at ₱6,990. It has 3GB of RAM and 32GB of storage. But, I think it performs similarly as the version that I tested since Mobile Legends won’t be using the entire 3GB of RAM.

Most of the performance boost comes from the Helio P60 chipset with its Mali-G72 graphics processor and some software optimizations from ColorOS 6. 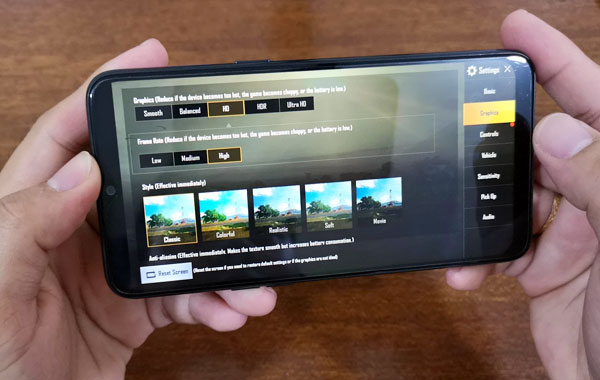 Meanwhile, I thought PUBG Mobile would give the Realme 3 a harder time since it’s a more resource intensive game.

However, it only allowed me to set the graphics quality to HD and the framerate mode to High. This meant that the maximum framerate is only 30 fps, not 60 fps.

The Realme 3 ran PUBG Mobile at a perfect framerate of 30 fps with a reasonable slight increase in temperature of 42°C.

Here is the Realme 3 gaming performance in a nice table form:

In conclusion, the Realme 3 is indeed, a powerful budget gaming smartphone. There are only very few other smartphones that offer a similar gaming performance at the same price.

I wish there was a way to enable a higher framerate mode on PUBG Mobile though.

UP NEXT: Realme 3 Full Review!