OPPO will showcase its 10x zoom technology for smartphone cameras during an “Innovation Event” at the Mobile World Congress or MWC 2019 in Barcelona.

The company has previously used the MWC as a venue to unveil new innovations such as the rotating camera in 2013, SuperVOOC Flash Charge in 2016 and 5x Dual Camera Zoom in 2017. 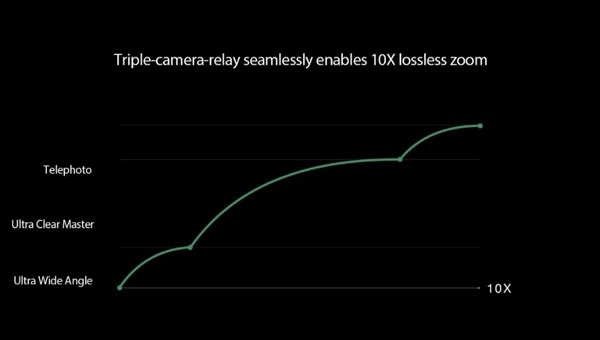 Seamless relay between the three cameras.

This year, OPPO will announce more details about its 10x zoom technology. What we know right now is it bends the incoming light by 90° to give the lenses more room for zooming.

A triple camera setup will also be used composed of an ultra-wide angle camera, telephoto camera and a main “ultra clear master” camera. The three cameras will work together to provide a smooth zooming capability.

RT if you’re ready to #GetCloserWithOPPO🔍