The Philippine arm of HMD Global finally announced the official price and availability of the Nokia 2.1 in the country.

It’s an Android Go smartphone which means it’s optimized for low memory and comes with lite versions of Google’s apps out of the box. There’s also a massive 4000mAh battery that should keep the device running for a long time. 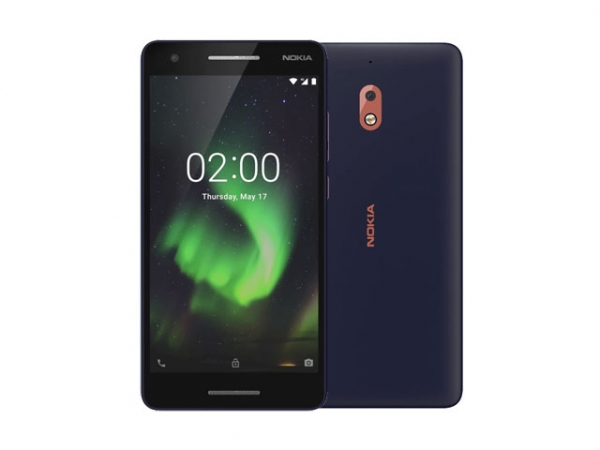 The Nokia 2.1 smartphone in blue with copper trim.

The Nokia 2.1 has a 5.5-inch HD display, 8 Megapixel rear camera and a 5 Megapixel selfie camera. It’s powered by a Qualcomm Snapdragon 425 chipset with a 1.4GHz quad core CPU and 1GB of RAM.

It has 4G LTE connectivity and dual SIM card slots. It has a microSD card slot too that reads up to 128GB memory cards.

However, it only has 8GB of built-in storage.

The official price of the Nokia 2.1 in the Philippines is ₱5,990.00. It’s now available for pre-order in some online shops.
General availability starts on August 29, 2018 in two color options – blue and gray.