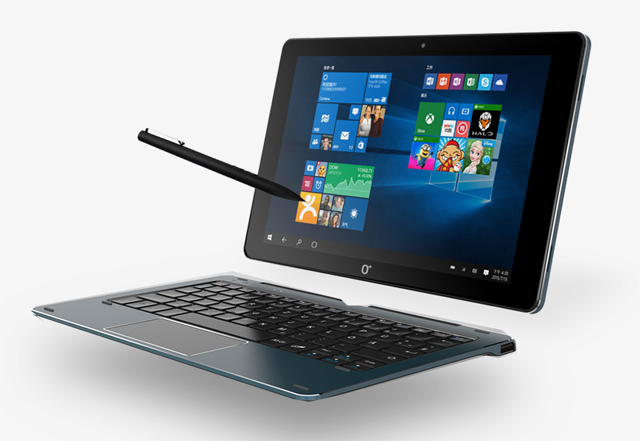 O+ USA has a new powerful tablet simply called the O+ Notepad. It runs on a quad core Intel Atom processor with 4GB of RAM.

It can operate using Windows 10 or Android as its operating system. It comes with the O+ IntelliPen stylus and a Docking Keyboard which makes it function as a full-fledged laptop.

The O+ Notepad has a 10.1-inch screen with a resolution of 1200 x 1920 pixels. It supports three types of input – touch, stylus and the physical keyboard.

It has 64GB of built-in storage and a 7,500mAh battery. Several ports are also present including a microHDMI, USB 3.0, MicroUSB 2.0 and the usual 3.5mm audio jack.

Users can insert a SIM card and connect to 4G LTE networks for mobile internet. However, its cameras are a disappointing pair of 2 Megapixel cameras.

The company highlights the O+ Notepad’s capabilities in doodling and the preciseness of its IntelliPen stylus. If those are important for you, its official suggested retail price is ₱16,995.00.