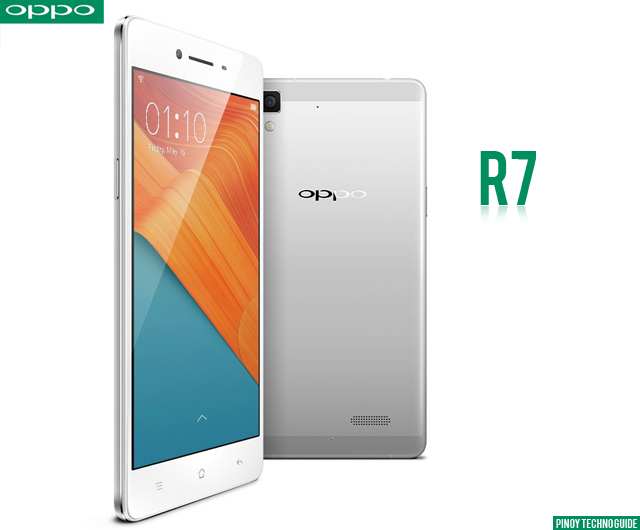 After weeks of rumors and leaked photographs, Oppo has finally unveiled the Oppo R7 and a larger Oppo R7 Plus during an event in Beijing, China.

The first one sports a 5-inch AMOLED screen with subtle curves on its sides, an octa core Snapdragon 615 processor, 3GB of RAM, 4G LTE connectivity and Android 5.1 Lollipop as the OS out of the box.

There’s a scratch resistant layer of Corning Gorilla Glass 3 on the Oppo R7’s front while the rest is covered by aircraft-grade magnesium aluminum alloy.

There’s an 8MP snapper together with a couple of sensors on the front and a 13MP camera at the back. Selfies are optimized based on gender, age and other factors.

It comes with 16GB of device storage and its second SIM slot doubles as a microSD card slot capable of reading up to 128GB memory cards.

The Oppo R7 runs on a new version of the company’s customized operating system, the Color OS 2.1. It boasts faster boot speed and app launches.

Pricing is always a sensitive topic for Oppo smartphones as they tend to be pricey. The Oppo R7 costs 2,599 Chinese Yuan in its home country. That converts to a little less than ₱18,000 based on current forex rates.