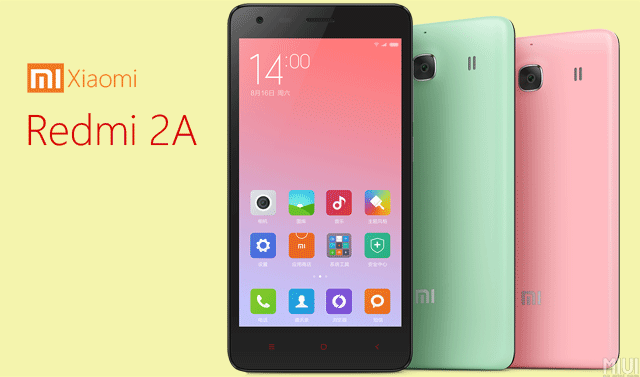 Xiaomi has introduced a cheaper version of its Redmi smartphone – the Xiaomi Redmi 2A. Yet, it has a quad core processor clocked at 1.5GHz from Leadcore Technology.

The Xiaomi Redmi 2A retains the 4.7-inch HD display of the Redmi series as well as a pair of 8MP and 2MP cameras. Its price tag is considerably cheaper at $96 which is around ₱4,300.00 based on current forex rates.

Despite the good processor, some Mi fans are disappointed with the 1GB RAM. Nevertheless, the Xiaomi Redmi 2A already has 4G LTE connectivity so asking for more RAM is a bit too much for its price.

It also comes with Android 5.0 Lollipop out of the box with the company’s MIUI customization on top. There’s 8GB of on-board storage and a 2,200mAh battery to power the device.

The Xiaomi Redmi 2A will be available in China starting on April 8 2015. However, it’s not yet clear when it will make its way to the Philippines or other countries.