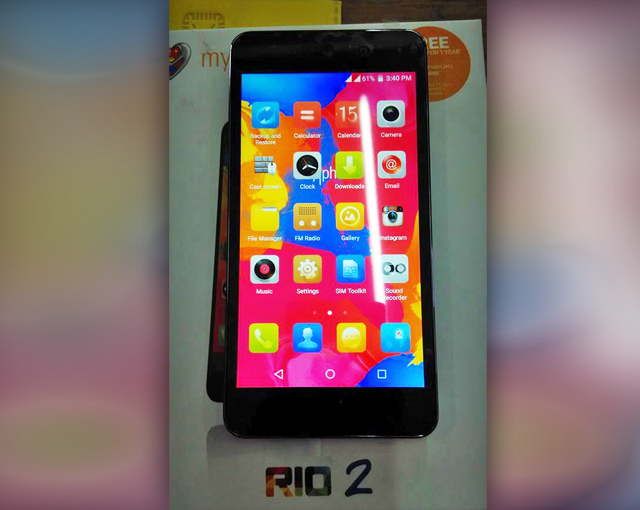 Ahead of its March 31 launch date, the MyPhone Rio 2 appeared on a Facebook group with actual photos of the smartphone and its specs.

The MyPhone Rio 2 turns out to be another 5-inch smartphone but with Android 5.0 Lollipop out of the box! Its battery has been bumped up to 2,800mAh too although it isn’t removable.

Aside from the Lollipop OS and bigger battery, there’s not much difference between the first Rio and this one. The latest version of the first Rio already has a 5MP front camera.

The processor is still a 1.3GHz quad core chip while the main camera and internal storage stay at 8MP and 8GB respectively.

It’s also a dual SIM smartphone with 3G HSPA+ connectivity as well as Bluetooth and Wi-Fi. The price hasn’t been found in the leaks though.