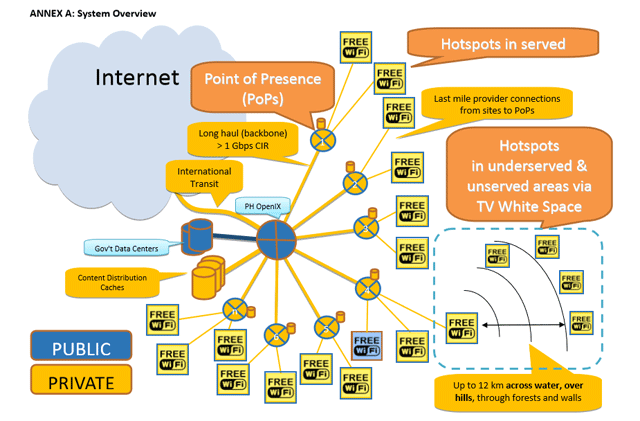 The ICT Office of the Department of Science and Technology is ready to implement the nationwide free Wi-Fi hotspot program this year.

With a budget of ₱1.408 Billion, free Wi-Fi hotspots will be installed in selected public areas such as parks, plazas, schools, terminals, government hospitals and government offices. Each user will be provided with 256kbps of bandwidth and a monthly limit or data cap of 1GB.

The said limits in speed and consumed amount of data will be implemented so that the program will not undermine the available commercial connectivity services. It will also ensure that the service will be enjoyed fairly by everyone.

However, it also means that these free Wi-Fi hotspots won’t be faster than Smart, PLDT or Globe’s speed in a metropolitan area. Casual web browsing will be fine though.

DOST ICT Office will use the Next Generation Hotspot (NGH) or Hotspot 2.0 technology for the program. Local Government Units of areas where there is no internet connectivity are also encouraged to use TV White Space technology in implementing the program.

The project will roll out in June 2015 and expected to be complete by November.