MyPhone Uno vs Cherry Mobile One – Android One Smartphones Specs Face Off! (UPDATED) 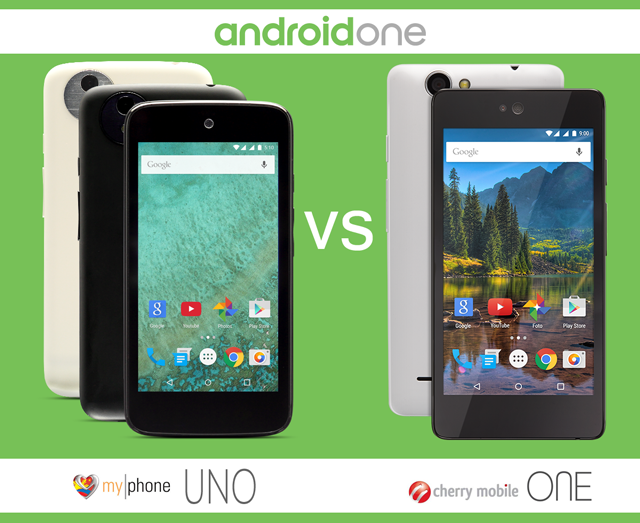 MyPhone Uno vs Cherry Mobile One

Google’s Android One program aims to produce affordable smartphones that can be upgraded to the newest version of Android. MyPhone Uno and Cherry Mobile One are the first two Android One smartphones here in the Philippines.

The two are almost identical in specs since Google controls the specific hardware that goes into an Android One smartphone. However, there are still a few differences that we will highlight below:

As you can see, the Cherry Mobile One has more internal storage at 8GB compared to the 4GB of MyPhone Uno. The latter supports moving apps to the SD card though while the One doesn’t.

Smart and Sun Cellular offers the Cherry Mobile One in their postpaid plans while a Globe SIM is already included in the MyPhone Uno package.

Which of the two is your favorite? Show your support by giving it a Facebook Like or sharing your thoughts in the comments below.

*MyPhone previously listed USB OTG as one of the features of the MyPhone Uno. However, a unit that I tested did not read an 8GB USB flash drive attached to it. The company has also removed the specs sheet of the device in their website.

**Some users reported that they received a free Globe SIM but with no promise of free internet. These users can enjoy free internet for six months at 100MB per month.