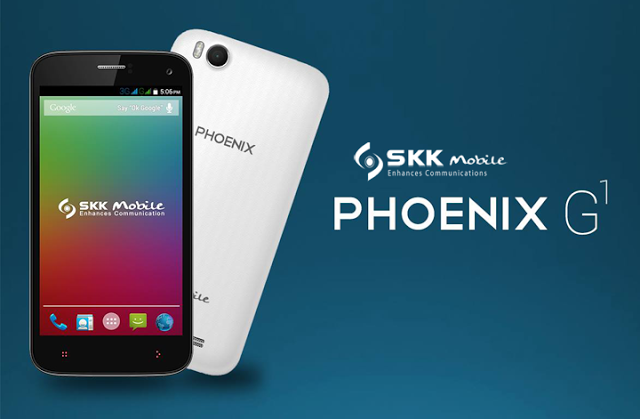 SKK is at it again – releasing very affordable smartphones with good specs. After the octa core Phoenix X1, here’s the quad core Phoenix G1 for ₱3,799 only!

Aside from the quad core processor, SKK Phoenix G1 boasts a 5-inch IPS display, 8MP camera with a 5MP counterpart on the front, 1GB of RAM and up to 64GB of microSD storage.

SKK Phoenix G1 runs on a 1.3GHz quad core processor from MediaTek – the MT6582. That also means it has a dual core Mali-400 MP2 graphics processor for smooth games at this price level!

The 1GB RAM of the SKK Phoenix G1 will take care of multitasking or apps that run in the background. A smooth user interface is also guaranteed by the Android 4.4 Kitkat OS out of the box.

Its screen is a 5-inch IPS panel with a resolution of 540 x 960 pixels or 220 pixels per inch. The main camera is rated as 8MP while the front camera is 5MP. Take note that these might be interpolated and the sensors have lesser pixel counts.

Surprisingly, SKK Phoenix G1 has 8GB of onboard storage instead of just the usual 4GB. It can also be expanded up to 64GB using a microSD card.

3G access, Wi-Fi, Bluetooth 4.0, GPS and FM Radio are all present as well as USB OTG support. It even has an E-compass in addition to the usual sensors.

Its battery is a 2,000mAh Li-ion cell which should be enough to power the SKK Phoenix G1 throughout your day.

Overall, the SKK Phoenix G1 is a very promising quad core smartphone at a very affordable price. This just leaves two concerns: quality of SKK products and after sales service.