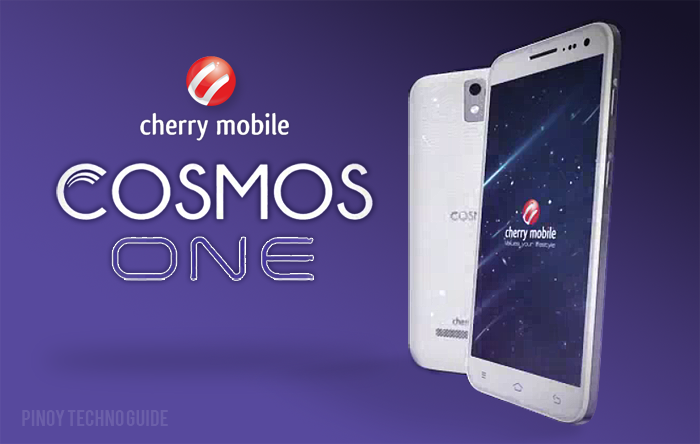 Cherry Mobile continues to celebrate its 5 years of operation by releasing limited edition smartphones. This time, it’s a high end member of the Cosmos series called the Cherry Mobile One.

Cherry Mobile Cosmos One packs a lot of sought after features like a large HD display with Gorilla Glass 2, octa core chip, BSI camera, sound enhancements, anti-theft function and Android Kitkat out of the box.

One thing that you’ll immediately notice with the design of the Cherry Mobile Cosmos One is its leather-like back cover but without the fake stitches. There’s also a dedicated camera button on its right side and the rear camera and its LED flash are housed in a metallic-looking module.

The 5.5-inch HD IPS screen might be too large for some but there are a lot of people who want this phablet. Its back cover is also slightly curved towards the edges and should make the Cherry Mobile Cosmos One easier to hold.

Inside the Cherry Mobile Cosmos One is an octa core MediaTek MT6592M processor clocked at 1.4GHz. This is the same as the MyPhone Infinity Lite which is more expensive by ₱1,000.

Gamers are treated with a Mali-450 MP graphics processor with 1GB of RAM. There should be no problem with playing hard core games but if Facebook and other applications are also running in the background, multi-tasking might not be that smooth.

Cherry Mobile Cosmos One has 8GB of onboard storage with a slot for up to a 64GB microSD card for additional storage space.

Its cameras are also very promising at 14MP and 8MP for the rear and front respectively. The 14MP main camera boasts a backside illuminated sensor and a bright LED flash. The front camera is clearly interpolated while the main one might have a 13MP sensor.

It also promises high quality audio for the earphones and loudspeakers with audio enhancers. Clear Motion technology for smooth video playback is also in tow.

Cherry Mobile Cosmos One has a 2,400mAh battery which should be enough for a day of normal use. However, playing games and using 3G or Wi-Fi will surely require you to re-charge the phone sooner.

It will be available only on August 30, 2014 in select concept stores nationwide.