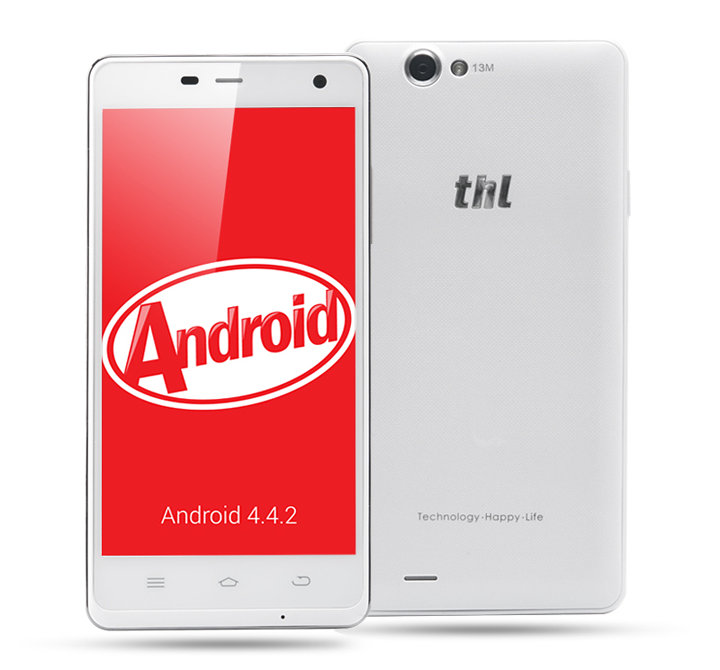 Novo7 Tech is bringing the THL 5000 to Filipinos. It’s an octa core smartphone with a beastly 5,000mAh battery!

The THL 5000’s battery is a Lithium-Polymer cell with a Silicon anode. Despite its large size, THL managed to keep the THL 5000 thin at 8.9 millimeters and just 146 grams.

It is powered by MediaTek’s 1.7GHz octa core MT6592 processor with a quad core Mali-450 MP4 graphics processor. It also has 2GB of RAM completing a formidable combination for a powerful performance.

There’s 16GB of internal storage and a slot for up to a 32GB microSD card. If that’s not enough, you can use USB On the Go feature to connect flash drives or an external hard drive.

The THL 5000 is also equipped with a 13MP camera with a Sony IMX135 sensor, close-loop motor and f/2.0 aperture. All of these translate to better picture quality.

Its screen benefits from IPS and OGS technology in addition to the full HD resolution and having 441 pixels per inch!

Then there’s its Android 4.4 Kitkat OS that doesn’t just give the THL 5000 a smooth user interface but also enables smart gestures.

Novo7 Tech hasn’t announced the official price of the THL 5000 yet but based on its price abroad, it will be priced around ₱12,000.