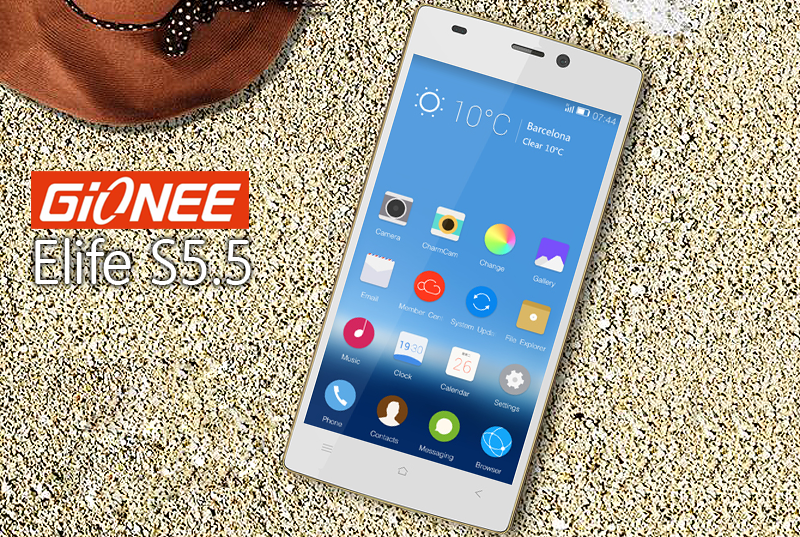 Gionee even has the controversial Ellen Adarna promote the Elife S5.5! But is its octa core processor, full HD Super AMOLED display or uber slenderness worthy of the hefty ₱21,999.00 price tag?

Gionee Elife S5.5 also has a 5-inch full HD Super AMOLED display – the same technology used by Samsung on their devices. This is protected by a layer of Corning Gorilla Glass 3 on the front and the back!

You might wonder about the battery capacity of the Gionee Elife S5.5 given its very thin body. Well, Gionee managed to fit a 2,300mAh Li-ion battery on the Elife S5.5 giving it up to 11 hours of continuous 3G call.

Gionee Elife S5.5 also exudes premium quality due to its metal and glass build. It is said to be made up of 98% metal and glass! However, there are some reports claiming that the slimness of Elife S5.5 makes it heat up during heavy use like gaming.

When it comes to its cameras, the Gionee Elife S5.5 doesn’t shy away with a 13MP main camera and a wide angle 5MP front camera.

You can then save your photos and videos on the 16GB of onboard storage though only about 12GB is allotted for your files while the rest is used by system files and your apps. There’s no room for a microSD card on the Elife S5.5 but you can connect a thumb drive or external hard drive using its USB OTG function.

In terms of connectivity, the Gionee Elife S5.5 has a single micro SIM slot with access to 3G networks of up to HSPA+ speeds. Sorry folks, neither LTE nor dual SIM is present here.

It also has a customized version of Android 4.4.2 Kitkat called Amigo OS 2.0. You can avail of the ‘world’s thinnest smartphone’ at different Gionee outlets near you for ₱21,999. A leathercase is also available for ₱600.